Off And Running: Alexander Wang

Alexander Wang, one of fashion's youngest designers, is on the move. 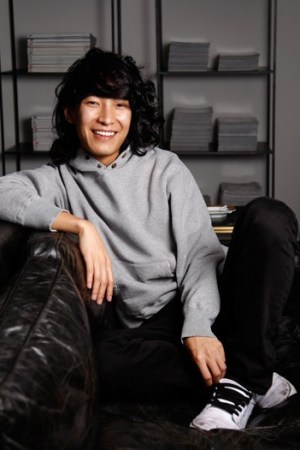 Alexander Wang is “super psyched.” It’s early October in Paris and Wang, on a phone interview as he navigates his way through the city’s winding streets, is talking about attending his first fashion shows in Europe. First up is Valentino, less than three hours away. Tomorrow comes the juggernaut, especially for this longtime Marc Jacobs fan and former intern: Louis Vuitton at the Louvre courtyard. “I can’t believe I’m able to go,” enthuses Wang, 25. “I feel like I’m a student sneaking into his show.”

A decade ago, that very well might have been the case. Growing up, Wang was the cliché fashion hound—waiting by the mailbox after school for his fashion glossies to arrive, eagerly following his mom on shopping excursions and, once the Internet hit, obsessively following the collections online. Wang was so enamored with the industry, its bold-faced movers, models and shakers, that the San Francisco native used to scour eBay for tickets to the CFDA and VH1/Vogue Fashion Awards, too.

Plenty has changed. Wang heads his own self-financed $20 million firm and, in five short years, has positioned himself as one of the more visible movers and shakers of fashion’s next generation. His name already spawns off its own adjectives and nouns—“A wangster,” writes Dublin-based blogger Ana K., “is a skinny urban girl who lives each day according to the gospel according to Alexander Wang”—and the early “Model-Off-Duty” catchphrase of his, once used to describe Wang’s signature easy, nonchalant look, is common industry lingo now.

And 2009 has become a year of major progress. Wang launched footwear, eyewear (with Linda Farrow), an e-commerce site, a secondary line called T and his first formal entrée into men’s wear within that. He’s making inroads internationally, too: Wang recently was named the hottest international designer brand in a survey by Japanese newspaper Senken-Shimbun—double the votes of runner-up Givenchy—and just introduced his own in-store shop at Selfridges in London. Also, Wang, in his second nomination, nabbed this year’s CFDA Swarovski Award for emerging women’s wear designer.

“The funny thing is, everyone in my office was e-mailing and texting me after the win,” says Wang. “I thought, ‘How did they find out already?’ They were on WWD’s Twitter! Word got around very quickly, even before I got out.” He laughs when told his wardrobe for the night—those Comme des Garçons shorts—evoked as much Internet chatter as his victory.

“So far, Alex has done a terrific job of holding his own,” notes Julie Gilhart, Barneys New York’s senior vice president and fashion director. “Let’s not forget that design is everything, and to produce good clothes is what makes for a strong long-term business, not publicity.”

Which brings him to his latest runway collection. Rather than continue to capitalize on his signature edgy, downtown vibe, Wang went the way of classic American sportswear and turned out one of his most sophisticated outings yet: polished flyaway trenches, khaki trousers and varsity jackets. He added subtle references to rugby and fencing uniforms, not to mention his own boarding school and Boy Scouts outfits of yore. (“I was pretty good,” he remarks of his three-year term as a Boy Scout.) For inspiration, he also headed to Modell’s and Paragon Sports to explore “usage and function,” important elements he wanted to emphasize in spring’s prepster-chic lineup.

“I stripped things clean and fresh,” notes Wang of the about-face. “I wanted to focus on heritage and tradition. I was over…” Wang stops midsentence—he’s become increasingly mindful of being misread in the press—and offers a more tactful, considered statement: “I wanted to expand my language beyond that superurban look we’ve been seeing so much of,” he says. “At a certain point, after you’ve seen your designs trickle down, you feel like it’s time to move on, you know?”

Was it a risk to do so? Sure—and one that didn’t go without its critics. But Wang has always understood the need to evolve in order to grow. “As a designer, you don’t want to get stuck in a corner,” he says. Yet Wang hasn’t completely abandoned those subversive roots; he’s just filtered them in a slightly different (read: less tough and kohl-eyed sexy) way. For instance, he explains that one of spring’s key inspiration words was “perve,” which accounts for the collection’s sheer chiffon sweatshirts and tightie-whitie bottoms. “Our goal is very much about being consistent to the DNA of our girl, but breaking new ground,” he adds.

Wang also broke new ground when it came to the show’s after party. He’s the first designer to hold a soiree at the Mobil gas station by the West Side Highway. Even here, he wanted to zig where others expected him to zag. “With our parties, they’re something people got familiar with,” says Wang, who bought the entire contents of the convenience store for the night, making the affair a boozy and entertaining free-for-all. “People were grabbing Cup Noodles, Snickers bars or Vitaminwater,” he recalls with a laugh. But perhaps the biggest crowd stunners were the marquee performers Wang wrangled, Santigold and Courtney Love—more evidence of his increasingly considerable pull as a young designer.

Ask Wang to reflect on the year he’s had—a knockout collection, Love, Louis Vuitton seats and all—and he’s still at a loss for words. “I never think, ‘Oh, I’ve arrived,’” Wang replies. “For me, it’s hard to comprehend that these brands I grew up obsessing over are on the same editorial pages as me. It’s very humbling and surreal.”