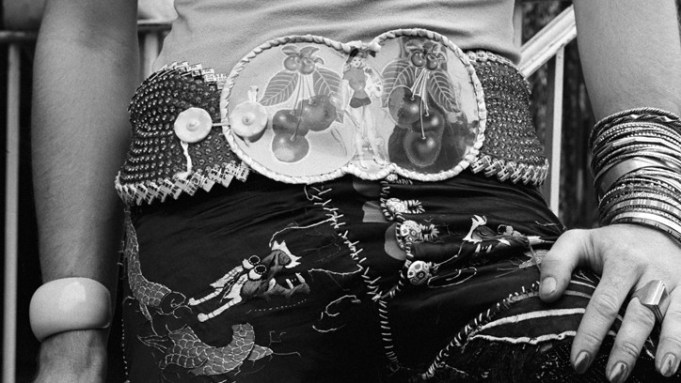 As much as young folks might like to believe buying vintage started in the Nineties, designer Billy Bowers was mining old styles two decades earlier. In 1972, WWD covered Bowers and his following — Goldie Hawn, Mick Jagger, Keith Richards, Alice Cooper and Andy Warhol’s gender-bending Cockettes, Pristine Condition — who bought his elaborate jackets, belts and jeans made of Fifties’ materials such as old Roy Rogers bedspreads or Marilyn Monroe decals.
At the time, Bowers teamed up with Caprice boutique operator Barbara Brown and designer Paul Gearity to bring his West Coast, vintage rock style to Boston. Though the prices were high (up to $300 for a jacket), the city’s college crowd snapped up the pieces. “The problem is not selling, but working fast enough to keep the place in stock,” he told WWD. His bestseller? A big, bold doily belt. Ah, the Seventies.

More Seventies coverage from Back in Time >>