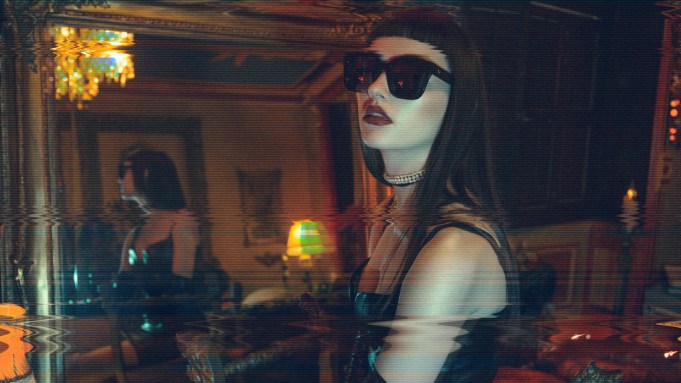 Nordstrom is getting in on South Korea’s hyper pop- and trend-driven fashion and beauty culture with its latest Pop-In concept by the store’s vice president of creative projects, Olivia Kim. KPop-In@Nordstrom, as the new thematic temporary spaces are called, opens Jan. 6 with a concept dedicated to the cult Korean eyewear company Gentle Monster. It’s the first of three successive four-week-long KPop concepts that will roll out with Nordstrom, with a curated Korean beauty space opening in February and a Korean fashion space opening in March.

“Obviously I’m Korean, so I’m die-hard about all things Korean,” said Kim. “I’ve always known that Korean fashion is a really quick and trend-focused thing — you can’t be Korean and not know that. If you’re in fashion, it’s really hard to ignore the buzz, energy and youthfulness surrounding Seoul Fashion Week.” Bringing KPop’s color energy to the store in early January, a tricky time at retail when many consumers are hit with postholiday blues (and bills), was a big part of the plan. Kim wanted to kick off with Gentle Monster, a relatively small brand that has become a favorite of Korean celebrities in what she describes as a very “cool, organic and underground way,” in large part because of its incredibly creative and engaging store installations. (January is also a good month for sunglasses sales).

As part of Gentle Monster’s Quantum Project initiative, it redesigns its stores every 25 days through artist and designer collaborations. For example, last year, the Quantum Project called The Eaters featured a surreal dinner table surrounded by abstract mechanical heads with chomping jaws. “They are done with the most attention to detail I’ve ever seen,” said Kim. “When we think about pop-ups, we think about things that are quick and scrappy but [with Gentle Monster] there is no expense spared. They are 500 percent about the experience and the environment.” She worked with Gentle Monster’s creative team to develop a unique store design, crafted from a mix of fabrics — knitted walls; chiffon drapes — for each of the seven KPop-In locations, which will carry 40 of the brand’s men’s and women’s frames, including six exclusive styles.

There’s also a virtual reality component. Customers will receive a VR box so they can experience Gentle Monster’s flagships in Seoul and Shanghai. “There’s a huge desire and appetite to incorporate VR in the retail experience, but it’s going to be a test for us,” said Kim. To her point, besides adding newness and buzz to Nordstrom stores, the rotating Pop-Ins are a big way for Kim to test new products with customers and get a quick read on what has good potential. Gentle Monster is already stocked at Nordstrom, but Nordstrom will be first to market in the U.S. with many of the beauty and fashion brands that will roll out in subsequent KPop-Ins.

“It’s always a platform where we can launch new brands and see if our customer will respond,” said Kim. She didn’t have specific brands to disclose yet for fashion and beauty, but said the space will feature about 10 of the former and 20 of the latter. The KPop-Ins are located at Nordstrom stores in Downtown Seattle; Bellevue Square, Bellevue, Wash.; NorthPark Center, Dallas; The Grove, Los Angeles; Michigan Avenue, Chicago; CF Pacific Centre, Vancouver, B.C.; CF Toronto Eaton Centre, Toronto; as well as online at Nordstrom.com/POP.