A first look at the Olivia Palermo Collection, which will bow in February.

A first look at the Olivia Palermo Collection.

“Tailored, polished, timeless:” These are the words Olivia Palermo used to describe her fashion label.

The fashion entrepreneur is fresh off the debut of her e-commerce boutique, which launched in September with a curation of 183 products, all of which are shoes and accessories, from brands such as Alameda Turquesa, Alexandre Birman, Casadei, Westward Leaning and Les Petits Joueurs. The boutique seemed to be a precursor for a larger venture, namely an eponymous fashion label that Palermo hinted at in her interview with WWD in August.

The fashion label is now coming to fruition. In February, the Olivia Palermo Collection will bow online with 52 styles, ranging from sleeveless silk tops to leather outerwear. Priced from $295 to $1,595, the debut range will be available at OliviaPalermo.com and will be able to ship to more than 190 countries. It will also be available on Saks Fifth Avenue’s web site, in select Saks locations and in select specialty stores in North America, Europe, the Middle East, Australia and Japan. 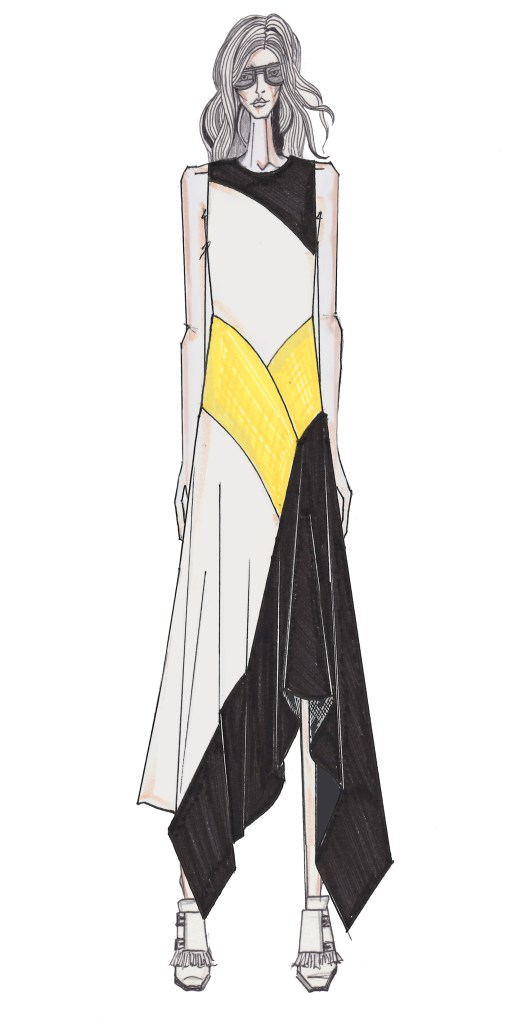 Olivia Palermo’s next step? A fashion label of her own.  Courtesy Image

“It’s something I’ve been thinking about for a few years and taking the time to build out an in-house team to do it properly,” said Palermo. “It was important to go through all the archives, figure out the materials we like and have a clear vision of what the collections are going to be. It’s tailored, polished, it’s very much my aesthetic. They’re timeless pieces, pieces you can wear throughout the year and have as a statement piece, but also mix and match within one’s wardrobe.”

For the collection, Palermo assembled a six-person design team led by design director Alice Fern, who has been in the fashion industry for about a decade. She initially moved to New York from London, where she was trained, for a design job at Alice & Olivia and has since worked at Rebecca Minkoff and Michael Kors.

“We focused a lot on fit,” said Fern of the debut Olivia Palermo Collection. “That’s something that’s been key to nail is the fit of everything. Layering pieces, as well. That’s always a theme running through the collection. Everything can be worn together: a dress over a pair of pants, a jacket with an overcoat. It’s always something we keep in mind, that it has versatility.” 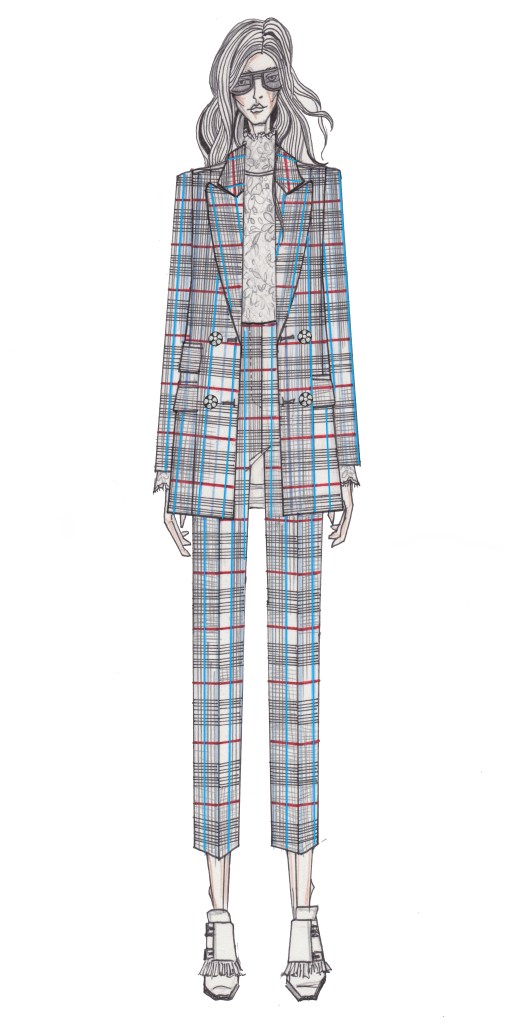 “I’ve been fortunate for the last decade to work on various collaborations and learn the ins and outs,” said Palermo.  Courtesy Image

In designing the line, Palermo looked to her friends, family and followers as muses. “I get inspiration throughout my travels constantly,” she said. “I’m always inspired by women on the street worldwide, seeing women in fashion, not in fashion, how they put themselves together, how excited they are about their outfits. That’s where our inspiration came from.”

New pieces will drop every six to eight weeks, and Palermo’s in-house team will handle all campaign visuals. The collection will focus on ready-to-wear staples, with potential for accessories at a later date.

The label will exist primarily online, though Palermo and her team are plotting various methods through which to engage with the customer in-person, such as pop-ups.

“I’m a big fan of pop-ups,” said Palermo. “It’s important to meet the men and women that want to shop the collection, wherever that is. I love meet-and-greets. You get to interact with your customer and get their feedback. We can also take that back internally.”

The collection is Palermo’s first solo fashion venture. She has previously created and collaborated on 10 fashion lines, including ones with Karl Lagerfeld, Banana Republic, Nordstrom and Aquazzura, driving a total of $19 million in sales, according to Palermo’s team.

“I’ve been fortunate for the last decade to work on various collaborations and learn the ins and outs,” said Palermo. “Also, from modeling and production and figuring out a great strategy for our own brand, [I have taken] the last few years and homed in on what that is.” 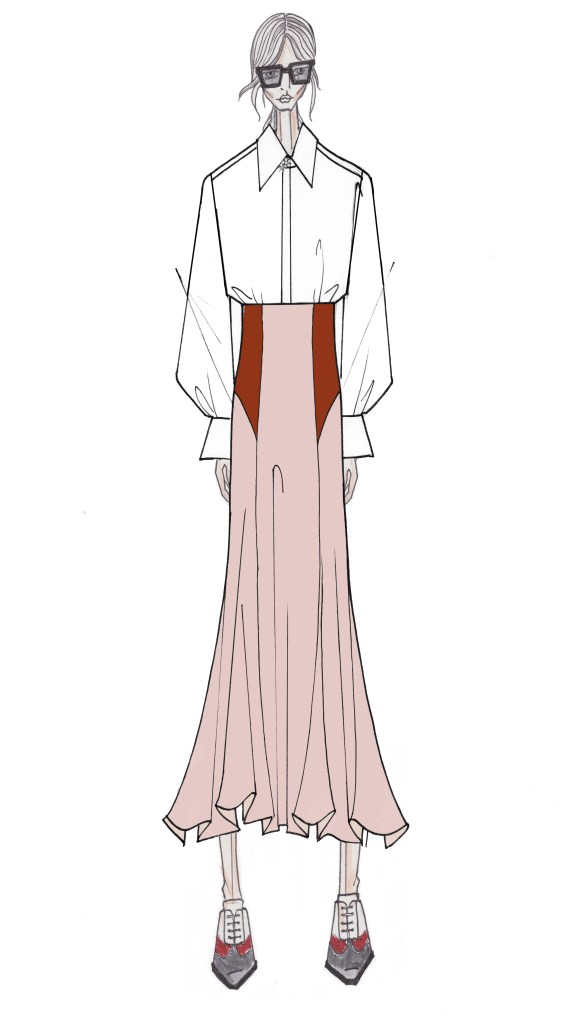 An upcoming design from the Olivia Palermo Collection, slated to launch in February.  Courtesy Image