The fashion star has spent the past decade studying the ins and outs of the industry. Now, she's ready to come into her own.

Olivia Palermo has her sights set on the future of fashion.

The entrepreneur has spent the past decade studying the ins and outs of the industry. Once a member of Diane von Furstenberg’s public relations department, Palermo has blossomed from street style star to fashion authority, transcending the typical restraints of reality television to ultimately earn the respect of some of fashion’s icons.

A week before his death, Karl Lagerfeld revealed that he had chosen Palermo to co-design and style a collection for his namesake label. The collaboration officially released in June and is one of the first to be sold on Palermo’s new e-commerce and editorial platform.

The online boutique will bow on Sept. 3 with select products from a total of 25 brands. The platform is a culmination of Palermo’s style expertise and designer connections. To date, she has created and collaborated on 10 fashion collections — including ones with Banana Republic, Nordstrom and Aquazzura — and has driven a total of $19 million in sales. As she intimated to WWD, she is also contemplating a fashion label of her own. 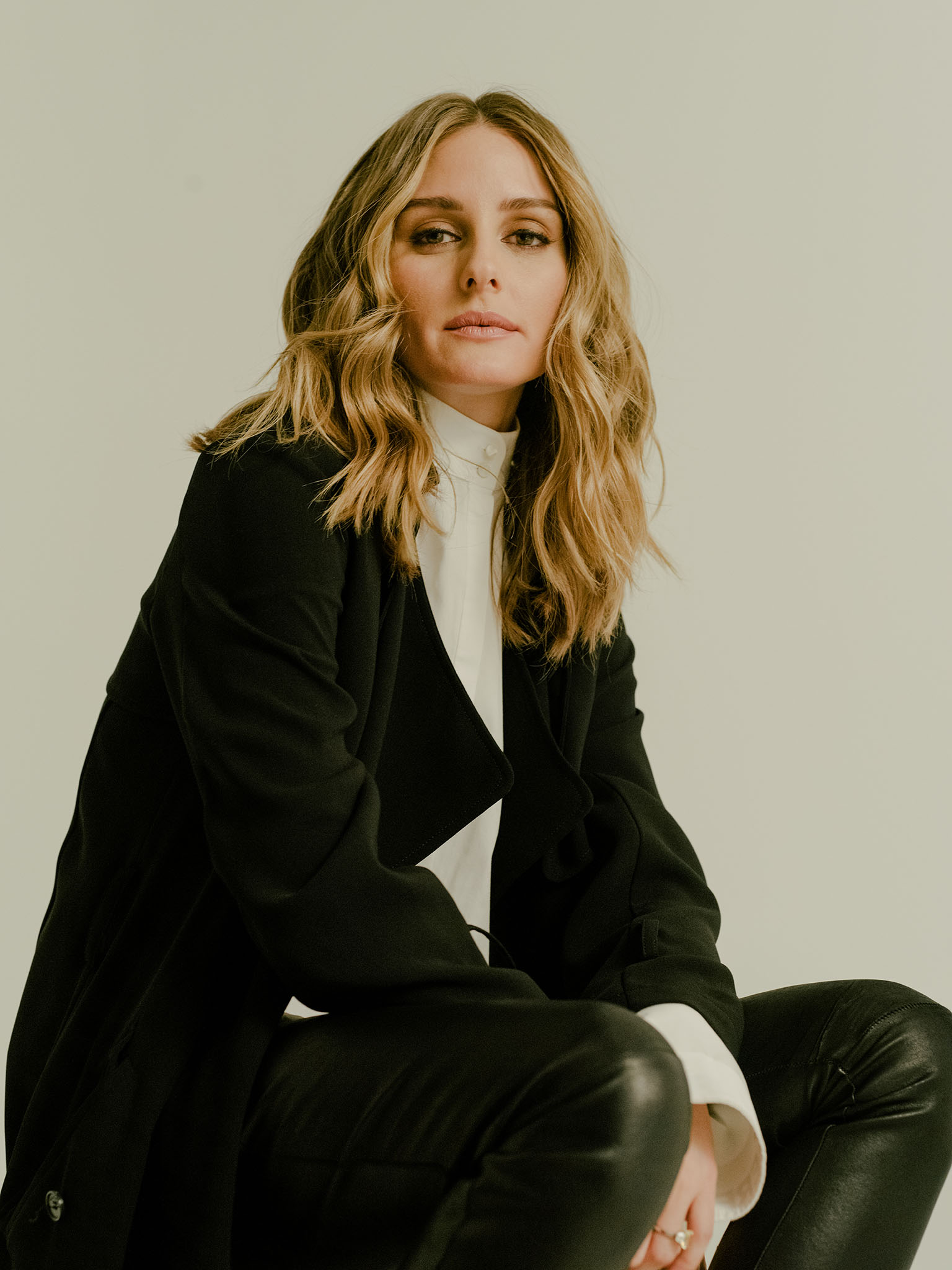 “My brother [Grant Palermo] and I teamed up a little before 2017 to think about the future of the Olivia Palermo brand and what we were going to do,” said Palermo. “We thought that redesigning the web site and bringing it full circle and having it be a content-driven commerce destination would be the best. [We’re] bringing in third-party products, lots of fabulous accessories and having the editorial be relatable with the Olivia Palermo lens and tone through the curation.”

On Tuesday, Palermo’s online boutique will go live with brand partners that include Alameda Turquesa, Alexandre Birman, Casadei, Cuyana, Elena Ghisellini, Genevieve Rose Atelier, Giannico, Les Petits Joueurs, Westward Leaning and Karl Lagerfeld. It will debut with a selection of 183 products, all of which — save for the Lagerfeld collaboration — are shoes and accessories, with additional categories to come.

Rumblings of an e-commerce platform from Palermo began in April, when a note on her web site indicated that “big changes” were in the works. At that time, the site, which Palermo originally launched in October 2011, housed clips of her modeling and design work, including a link to purchase her Westward Leaning collaboration on the sunglass brand’s web site.

“For the last 10 years, I’ve been in a service-based business. Now I’m going to be a product-driven business,” said Palermo. “Accessories makes the most sense, as that’s something that’s always resonated with me. When I get dressed, I always start with an accessory.”

To aid in the evolution of her brand, Palermo has enlisted her brother Grant, whose background is in finance, as a business partner for the Olivia Palermo Group.

“[Grant] has lots of business management skills that I don’t have because I’m the creative,” said Palermo of her brother. “We balance each other out well.”

“Fashion is such a fascinating industry,” said Grant. “I’m learning every day. We’re not in this for the short term. We want to build a long-term, sustainable business and a global brand. This is the foundation and we’ll build upon it.”

In addition to an online boutique, Palermo’s web site will house original editorial content. The fashion star has taken a noticeably elevated approach to content in recent months, including a walkthrough of Dior’s archival collection with creative director Maria Grazia Chiuri in January. To oversee the editorial direction of her web site, Palermo has brought on Landon Peoples, formerly a fashion features writer at Refinery29. Content, said Palermo, will include both articles and original fashion, beauty and lifestyle photo shoots.

“Still-life imagery, I find, is great. You can create a fantasy within that,” she said. “We’ll do some fashion editorials in-studio, we’ll do some on location. Again, that will have shoppable elements to it.”

Social media is also a focal point for Palermo, who previously worked with creative collective Beekman Social. The company, headed by former Vanity Fair social media director Jeffrey Tousey, helped Palermo grow her Instagram following organically by 1 million over the past year. Palermo now has 6.1 million Instagram followers and garnered more than 100,000 new followers in February alone. The growth is so rare, said Tousey, that Instagram now uses the account as a case study.

Using data from both Instagram and Dash Hudson, Palermo and her team have found that candid content, as well as fashion content, performs the best on her social media. Palermo’s followers, added Grant, are 80 percent women, most of whom are aged 25 to 34.

“It’s a good balance between all different age ranges,” he said. “We try to offer, on the content and product side, something for everyone. It’s not just catered to one specific age group.” 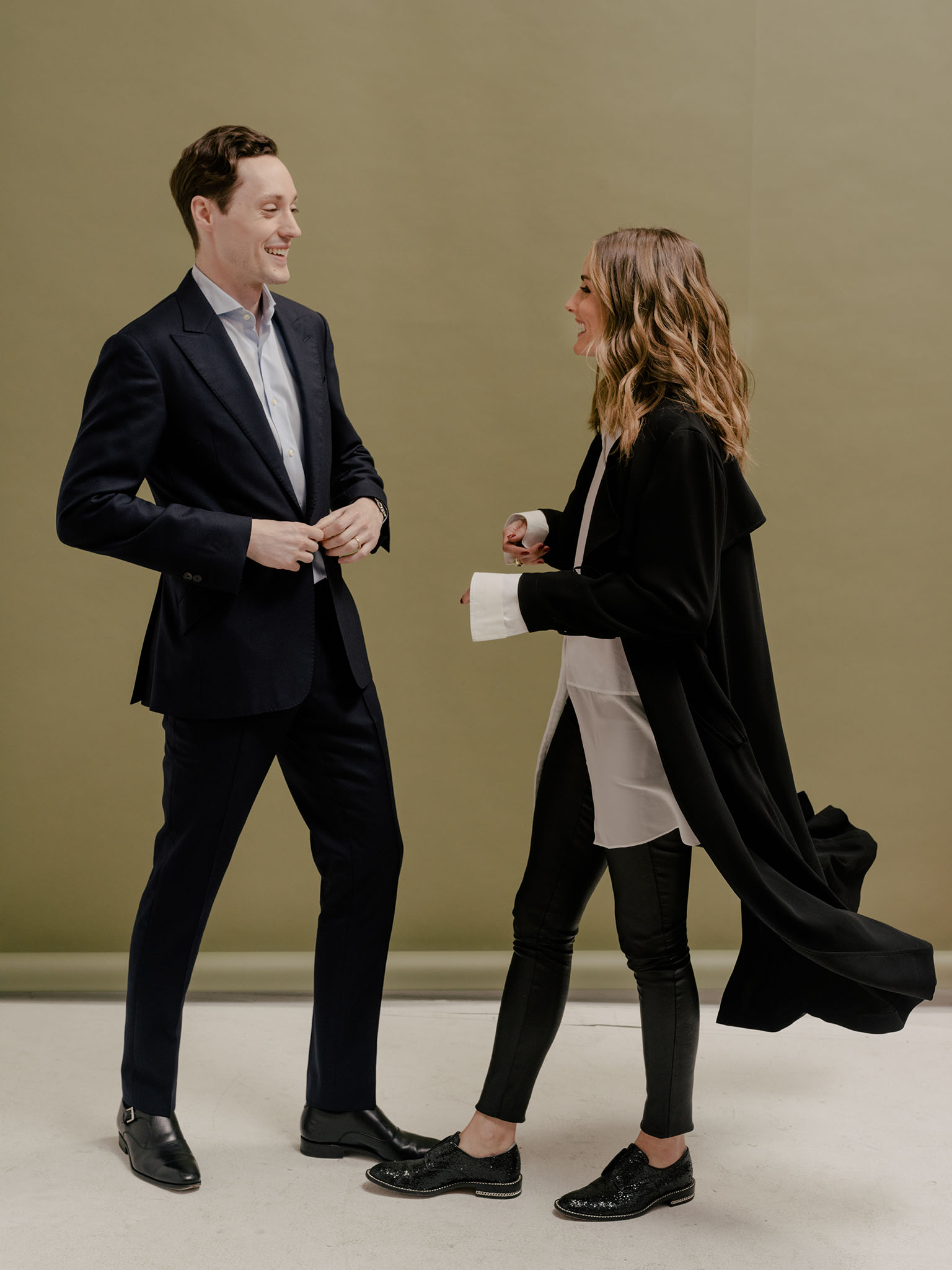 Asked about her working style, Palermo said she considers herself detail-oriented and collaborative.

“The most important thing is that there’s transparency, openness, that everyone can come at any time and voice their concerns or opinions,” she said. “At the end of the day, I’m one person. As I continue to multitask and delegate, and as the team grows, I’m starting to groom [them]. It’s important to take the time now to do it so when I’m not there, the company can function and have no problems.”

“I didn’t quite know this until I started working with Olivia, but she is really hands-on,” said Grant. “She wants to be involved and as she said, she’s only one person, so she can’t make or weigh in on every decision, but she cares about what we’re doing, she cares about this business. It’s her name at the end of the day. She’s very committed to it and super hands-on.”

Relaunching her web site, and positioning it as a fashion destination, seems to be the first of what’s to come from Palermo. The industry is seeing an influx of untraditional designers and voices claiming ownership of their authority and launching their own businesses in the process. Some of the companies are proving successful, too.

Arielle Charnas of Something Navy is responsible for the two most successful launches for any brand at Nordstrom, according to Pete Nordstrom, the retailer’s copresident. Julia Engel, whose line Gal Meets Glam also launched at Nordstrom, is said to be on track to do $35 million at retail in 2019, as WWD reported. Last week, WWD also reported that beauty influencer Deepica Mutyala received investments in her brand, Live Tinted, from Bobbi Brown and Birchbox cofounder Hayley Barna.

A social media star in her own right, Palermo seems to be taking a different route, veering away from the fast-fashion influencer path toward one previously paved by the likes of Gwyneth Paltrow or Victoria Beckham. It seems only natural that Palermo, who has become synonymous with New York City glamour, would one day launch a label of her own. In fact, the idea is “not something I haven’t thought about,” she said, coyly.

“There’s a lot to look toward in the future,” she added, declining to specify. “This conversation will definitely continue. We’ll focus on this right now, but there’s a lot coming. Olivia Palermo Group has a really big year ahead.”