Gen Art held its biannual New Garde event highlighting the collections of three local designers and firms, Jesse Kamm, Le Sang des Betes and JMary, which were shown on live models in a trio of rotating installations at the downtown Park Plaza Hotel. 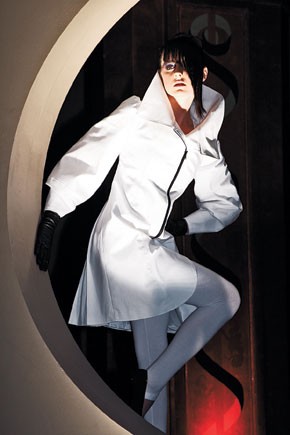 More From the Shows

Orthodox: Eric Niccoli let his street-smart sensibility do the talking. Here, his bomber jacket and knit top worn with leggings.