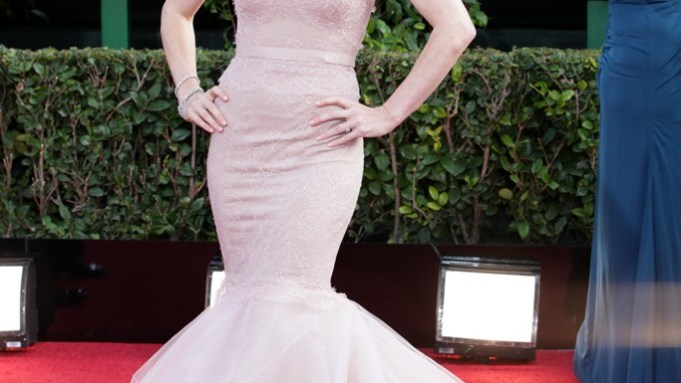 LOS ANGELES — As Hollywood stars gets savvier about fashion and designers become ever more competitive to dress them (there was a time in the not-too-distant past when actresses didn’t know who made their gowns, jewelry wasn’t worn on contract and designers barely knew who was nominated), the top actresses have upped the red-carpet game with custom gowns from the top houses. This year was another example of customized creations, from Amy Adams’ pale pink Marchesa to Julianne Moore’s graphic black and white Tom Ford, Anne Hathaway’s white Chanel and Naomi Watts’ oxblood Zac Posen. It also proved that many have become confident enough not to follow the status quo (although body-conscious bias-cut dresses, strapless mermaid silhouettes and princess ballgowns will always be present on the carpet).

Even though she has only been on the Hollywood scene for two years, Jessica Chastain has quickly risen to the top of the heap in terms of her projects and her fashion choices. This year, as a Globes and Oscar best-actress nominee, Chastain had no trouble calling her own shots for the red carpet. She bucked the trends in a seafoam green Calvin Klein Collection halter dress, normally a hue that conjures visions of fashion don’ts. But Chastain boldly took the opposite stance.

“I had dreamed of seafoam so I told my stylist [Elizabeth Stewart] that I wanted to wear it and she made it happen. It’s a color you don’t see often and I’ve always loved it,” she said. “And this dress just makes me happy. I’m honored to wear it.”

Nominee Rachel Weisz, who won a Globe seven years ago, was back in fine form with husband Daniel Craig on her arm, so she had every reason to be a bit cheeky on the carpet.

“The last time I was here I was pregnant, so it wasn’t as much fun. I shouldn’t say that. What I meant was, I couldn’t drink,” she said. And while her dress was classic black, it was custom to the nth degree.

“Oh, it’s just a little known French designer by the name of Louis Vuitton,” she quipped. “I didn’t have to choose from a range of dresses because they made this just for me.”

Nominee Zooey Deschanel, who has had her hits and misses, took a more studied approach to choosing her Oscar de la Renta gown. “I looked at pictures of all the dresses and thought about what looked best in pictures. When you see a dress in a photo the next year, you want to like it. I think about these things,” she said with a wink and a smile.