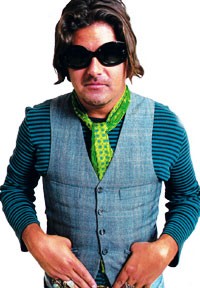 NEW YORK — In the ever-changing denim market, there are always a few new kids on the block. Here, some of its brightest new stars.

Petrojeans
Founder/President: William Chu
Wholesale: From $20 to $25
Customer: The 20- to 25-year-old woman who loves trends but doesn’t want to spend the money on designer-priced denim.
Available: OMG, New York; Canal Jean Company, New York.
Selling Point: “Our goal is to fill the gap between premium and moderate-priced denim,” Chu said.

Halston Jeans
Designer/Creative Director: Bradley Bayou
Wholesale: From $12 for a T-shirt to $39 for a denim jacket
Customer: The moderate all-American woman.
Available: Parisian; Belks; Scoop, New York.
Selling Point: Bayou appreciates the female form, a fact that has garnered him fans such as Oprah Winfrey, Cynthia Nixon and Queen Latifah. That same sensibility he wields for his eveningwear will be translated into denim all the way up to size 18.