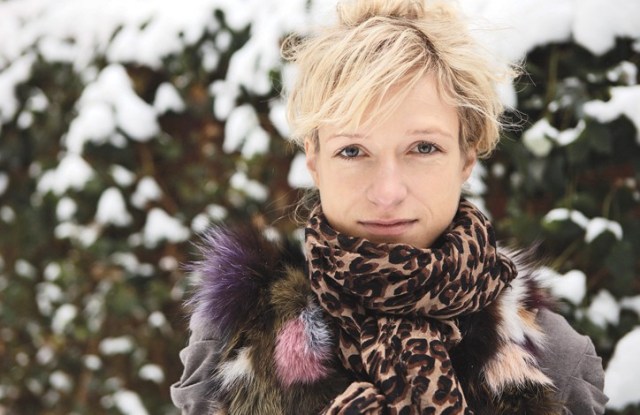 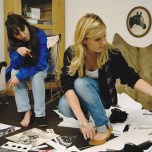 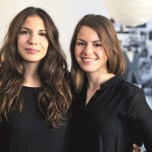 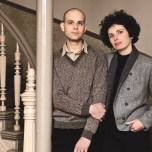 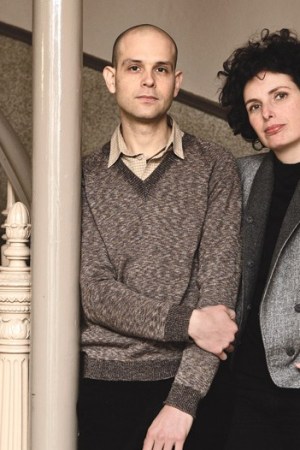 This story first appeared in the January 11, 2011 issue of WWD. Subscribe Today.

Unlike many Germans her age, 30-year-old Katja Will already has a long line of professional credits behind her. And most of them not only sound like something you’d see on TV, they were, as in MTV, Viva and Nickelodeon, where she spent six years as a stylist, as well as developing and running special projects like MTV’s Designerama. Indeed, MTV was pivotal to both her career and personal life. It was where she met many of her current team, not least of all her husband, Michael Will. It is he who manages their fashion business, C’est Tout, and, according to the designer, was the label’s initiator.

“At one point, my husband said, ‘Why not take the creativity you give to others and use it for us?’” she recalled.

Based in Berlin and manufactured in Cottbus, C’est Tout premiered for spring 2007. It owes its name to Coco Chanel, “who said a dress is all a woman needs. And dresses are what I wanted to make,” Will explained, though to a new beat. “Music styling goes just so far. It has a certain look and I was after another caliber.”

Starting with a pure jersey approach, Will’s aim was to provide wearable dresses with a twist and at affordable prices. C’est Tout has since evolved into a full collection in various fabrics, with fall dresses retailing at about 269 euros (or $350), jackets up to 530 euros or $690 (in patchwork fox) and her popular leather leggings fetching 290 euros ($375). Summing up next season, she talked of “a more subtle sex appeal” with touches of the late Sixties, the Fifties and Seventies.”

Entering its 10th season, C’est Tout is carried in about 80 doors throughout Europe, including Germany’s A Propos, Slips, Felsenkirchen and Engelhorn. There are also two C’est Tout boutiques in Berlin, and while Will’s look has cross-border appeal, she’s focusing on the homefront. “Why have one door in cities all over the world when theoretically every German city with a population of 10,000 to 15,000 is a potential place for us?” asked Will. “Opening other markets means growing internally, and you don’t conquer new countries overnight. That’s why doing our first runway show in Berlin this season is our next step…to reach those here who don’t yet know us.”

When Nait Rosenfelder and Roey Vollman traded Tel Aviv for Berlin, they didn’t merely switch emotional, political, geographic, stylistic and temperate climes. The married couple, who’d previously worked in separate fields and now wanted to become professional partners, saw the move as a chance to “start over. From scratch. Berlin is probably the only place in Europe you can do that,” said Vollman.

A founding member of Israel’s young designer movement, the largely self-trained Rosenfelder pioneered the independent boutique movement in Tel Aviv’s old textile district with her signature shop in 2002. As a journalist, Vollman’s main beats were sport and culture, particularly literature, which prompted the Bernard (as in Austrian writer Thomas Bernhard) of their label. As for Eva, “She was a real person in Nait’s life and a Berliner,” Vollman explained, though both names are a way “of adopting alter egos, different identities. They’re part of the fantasy,” said Rosenfelder, who heads design. Vollman oversees the rest.

One of the biggest changes since coming to Berlin has been fabrics. “People underestimate how much inspiration you can get from fabric,” Vollman said. Wool not only became possible but necessary for the label, and next season, Rosenfelder will be using velvet for the first time.

Stylistically, Eva & Bernard belongs to Berlin’s growing “clean fashion” camp. The collection, in its third season for fall, features more color and texture, and has softer, more flowing contours. “There are still architectural shapes, but this time, it’s a sort of ellipse,” Rosenfelder said. “You can see this element in everything.”

Produced in Italy, wholesale prices range from 70 euros or about $90 to 275 euros or $360. The brand is represented internationally by agent Elfie Klemann in Germany and Edité in New York. The duo will present an Eva & Bernard fashion film directed by Aviv Koslof during fashion week in Berlin, and the 35-piece collection will also be shown in Copenhagen.

Berliners Derya Issever and Cimen Bachri are looking forward by looking back. The two 28-year-old designers, who met while studying in the Fashion Design program at Berlin’s University of Applied Sciences, found that their mutual backgrounds as the children and grandchildren of immigrants led to harmonious designs. Merging the German approach focused on construction, pattern cutting and precision with handcrafted techniques from their heritage lands Greece and Turkey, they create wearable clothes in silk, wool and leather that are simple yet feminine, and a bit edgy.

“We always try to go back to our roots, especially with handcraft, so there is always some special handcrafted element in every collection. That’s where we start building it, but we also want to translate it into something modern and new,” explained Issever.

A set of handwork samples made by Bachri’s mother inspired one of Issever Bahri’s signatures: crocheted formfitting pieces made with thin strips of leather. Bachri’s mother was even recruited to help make the garments.

The pair worked for labels in London and Berlin including Alexander McQueen, Michael Michalskly, Boss and Macqua before starting Issever Bahri last March. On her own, Issever was a finalist in Peek & Cloppenburg’s 2009 Designer for Tomorrow competition, and the team took top marks for women’s wear at last July’s Premium Young Designers Awards, just a few months after starting the label.

For their upcoming collection, the duo continues drawing inspiration from their forebears, scouring photos of the first generation of guest workers in Germany for shape and texture ideas, and even examining the scrolled background pattern on residence permits given to foreigners — which are rich with lacy details. (There’s a bit of politics to this jumping-off point; Germany is in the midst of a self-examination over immigration.) Still, Bachri insists, “That doesn’t mean that someone who looks at our collection is going to see some kind of intricate story. At the end of the day, a piece of clothing is just a piece of clothing.”

A few curious objects in the attic atelier of Augustin Teboul give hints about this hybrid partnership with one foot in Paris and one in Berlin.

For instance, a comfy flower-cushioned metal armchair on wheels started life as a grocery cart in a Galeries Lafayette food hall. A tiny cell phone sprouts a curly cord leading to an old-fashioned white telephone handset twice its size, and instead of a lamp shade, a hanging bulb is crowned with a russet wig.

It’s all part of the surreal imagination of 27-year-old German Annelie Augustin and 25-year-old Odely Teboul of France. The two women graduated from Esmod Paris in 2006, but didn’t form their alliance until after a chance meeting three years later.

In the interim, Augustin, who favors architecture and simplicity, gained experience with Tillmann Lauterbach and Y-3 Yohji Yamamoto, while Teboul, a lover of tradition and embroidery, trained at Paris Couture houses, including Jean Paul Gaultier. When the two connected, they decided to “do something together — we are so different, maybe something will be born out of this meeting. We just did it and it worked out,” recalled Teboul.

Their first collection, February 2010’s “Cadavre Exquis,” or “Exquisite Corpse,” took its name from a game popular with the Surrealists — in which players take turns drawing on a section of a folded piece of paper without knowing what is on adjacent panels. To design, the pair took turns envisioning parts of each garment. The resulting looks, a jet-black juxtaposition of form-fitting leather, transparency and crochet, blending the soft and the spiky, won the women’s wear and embroidery awards at the Festival for Young Designers in Dinard, France, the Halbtagsjob 2010 award in Berlin, and made them finalists for the Grand Prix de la Creation de la Ville de Paris.

Augustin Teboul will show 12 pieces from a collection entitled Little Red Head, based on their own quirky, provocative retelling of “Little Red Riding Hood.” Garments will be all black but varied in texture in silk, cotton, leather and cashmere. They will show at February’s The Train trade fair in New York, and are finalizing plans with Analuiza showroom in Paris. Prices run from 200 to 5,000 euros, or about $262 to $6,558.

Parsival Cserer has juggled the effects of both nature and supernatural powers more than once in his life. Before turning to dress making, he considered studying theology in college and he also spent seven years at the Rudolf Steiner School. There he was taught a proactive way to problem-solving and a sense for sustainability.

“Students at a state school were given particle boards to work with in art class, whereas we got logs and turned them into mini-sailboats,” he remembered. “It was a lot about original materials and hand work,” which is still essential to his work today.

A recent design graduate from Berlin’s Weissensee Academy of Arts, Cserer’s final student collection of colorful knit dresses and matching cardigans won him the Designer for Tomorrow Award by Peek & Cloppenburg. P&C is sponsoring his upcoming MBFWB show, allowing Cserer to perfect his knitting technique. “There is a lot more routine to it now,” noted the designer, whose focus for fall is, as in his spring collection, on jacquard pieces.

Inspired by the silhouettes of Japanese kimonos, his separates translate into roomy blanket cardigans worn over mini and maxi knit dresses with bright kaleidoscopic patterns, contrasting colors, or both — with patterned fronts and solid backs. Other dresses boast open sides and thus double as scarves. The low back cleavage that was omnipresent in his graduate collection is also making a comeback. However, Cserer added a couple of inches of fabric for increased wearability. “The pieces are accessible, but still work as statements,” Cserer observed. “They are like Tupperware.”

Besides his fall collection, Cserer has designed a range of silk scarves with geometric prints. Set to hit select P&C stores on Feb. 1, they will retail for 35 euros, or about $45.