WWD Berlin Preview: On the Rise

These four labels hope to make some noise during Mercedes-Benz Fashion Week Berlin. 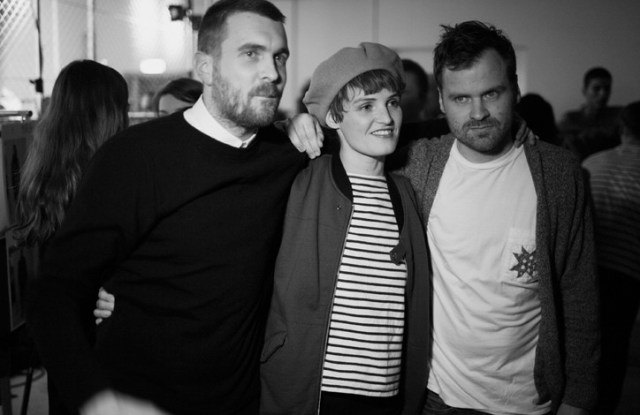 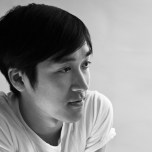 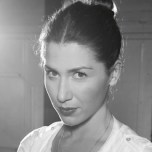 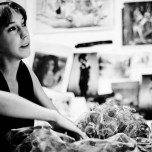 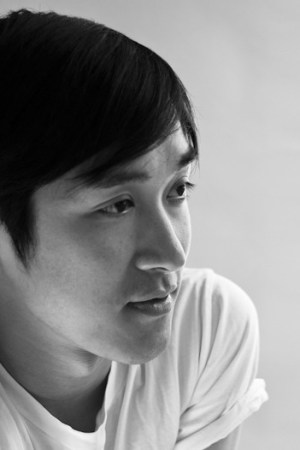 Copenhagen-based collection Wood Wood has already made a mark on Berlin. The label’s store in Mitte, which opened in 2006, quickly reached destination status, and last July, the Ellesse by Wood Wood line was also presented in the German capital.

So Wood Wood is well prepared for a change of show cities, and with its first runway presentation here during MBFWB, hopes to tap further into the German market and add to its existing 170 retail accounts worldwide.

“A lot of people know about Wood Wood,” said Karl-Oskar Olsen, men’s wear designer and one-third of the brand’s team. “But they don’t know what the clothes actually look like.”

Those people might be surprised to see that stylistically, Wood Wood isn’t solely Scandinavian. Instead, its use of bright prints and core cotton fabrics also reflect Berlin’s design camp. “We are in between,” Olsen explained. “There is our Scandinavian aesthetic, but then we drag in lots of other stuff too, from Berlin for example, or from the States.”

Before they started work on the spring collection, Olsen and the label’s women’s wear designer, Lotte Bank Nielsen, went on a trip to Los Angeles where they found inspiration in the city and its neighboring landscapes. “City, desert, ocean — those are the three stories within the collection,” noted Bank Nielsen.

“The prints are meant to reflect an escape from civilization by going into the desert,” said Brian Jensen, Wood Wood’s third partner, who is in charge of graphics.

Besides cotton, the designers are incorporating numerous silk items in women’s wear and the quality of the men’s garments has also been upgraded — and thus are a bit pricier than previous seasons. “It’s going to be more mature,” explained Bank Nielsen. So while T-shirts remain at around 20 euros ($28), silk dresses can go up to 200 euros ($288) and long coats will cost about 400 euros, or $576, next season.

Hien Le’s white-on-white business card says a lot about his stylistic leanings. Simple and elegantly contemporary, it’s also almost invisible if you don’t have good eyes. And so, in his third collection for spring 2012, one will again find darts that disappear or are transformed into a subtle pleat or fold. Or the shoulder seam on a woman’s shirt is dropped to become the back yoke. Le carefully considers the placement of every line, placket, pocket, seam or transmuted dart. And be it for men or women, they are one vision in his collection, similarities in color and detail uniting the genders.

Born in Laos, Le has been a Berliner since infancy. He caught the fashion bug as a teen after seeing a documentary about Karl Lagerfeld and has racked up a wide spectrum of experience: a three-year tailor traineeship; a year in France studying the language; a four-year fashion program at Berlin’s University of Applied Sciences, plus a year’s internship with Veronique Branquinho. After his studies, he was in sales with the edgy fashion p.r. firm Agency V.

“I was curious to see how all that works, which helps me now. But I also realized I missed doing this — fashion,” he remarked. Last year, at the age of 30, Le created his own label, something he always thought he’d first do at 40 or 50.

The buzz started almost immediately. After participating in Collect Showroom in Berlin, Le was invited to show in Zurich, and went on to Tranoï, where he wrote his first order. This season, he won a show slot through Berlin’s Start Your Own Fashion Business competition and will stage his first runway show in the MBFWB tent July 9.

Appropriately titled Third, the collection is dedicated to his grandfather, who was a men’s tailor, and takes its inspiration from family photos from the Seventies.

“People have often said ‘You’re Asian and your collection looks Asian,’ but I think not. Or perhaps they just mean the clean lines and details. But this time I decided to look at what my family was wearing and to translate those looks into now.”

His looks include his aunt’s long traditional dress, split up the sides almost to the waist, or the simple shirts and pants worn by his male relatives — all in a soft palette of beiges accented with red and pale yellow, plus Le’s black substitute — navy.

Le produces locally because he finds it important to keep “that made-in-Germany aspect.” He favors silk, even for jacket linings; Swiss cotton; silk-and-cotton blends, and Alcantara, which also push up prices, which range from 45 to 300 euros, or about $65 to $432, wholesale. But Le is a quality-versus-quantity advocate, a point of view increasingly popular with his contemporaries, he noted. He strives to make clothes that can be put away and then effortlessly worn again in 10 years.

Karlotta Wilde would have every excuse to go a little crazy in her designs. For one thing, there’s her last name, which hints at a rather spontaneous brand identity, as well as the fact that the designer calls Ibiza (with its frenetic reputation) her second home — after Berlin. But Wilde doesn’t bother with wild. Instead, she focuses on simple, classic designs with a swinging, billowy twist.

“The way you dress depends so much on your location,” Wilde began when reached by phone in Ibiza, where she was wearing her mother’s Seventies-era orange caftan. “This is something I’d wear here, but my work approach is superclean with a feminine edge. It’s about versatile pieces that can easily adjust to my customers’ style.”

Black, gray and beige garments have been prominent colors at her namesake label so far, and from her own shopping habits, Wilde has learned that these are often items with closet longevity.

“You’re more likely to pick something in a store, if you know it’ll stay with you for a long time. And I do design with the idea to sell,” she confided.

However, despite a thought-out aesthetic and a substantial résumé — a graduate from Munich’s Academy of Fashion and Design with studio internship experience with Ann-Sofie Back in London, Sonia Rykiel in Paris and Louis Vuitton’s German press office — Wilde first came up with the idea to start her own label while on holiday in Ibiza. That was just a year ago, but since then, the 27-year-old designer, now in her third season, has landed in two shops, the Berlin Mitte boutique Konk and Lola in Hamburg.

Self-funded, she has furthermore moved production from a manufacturer in Berlin to a textiles agency. “They are finding the most suitable places to produce. This could be Italy in one case, or Bulgaria in another,” she explained.

Wilde has also built the collection from an initial 14 pieces to 30 for spring 2012, which she will be showing as part of Mercedes-Benz Fashion Week Berlin’s first studio presentations and at Premium.

“Nothing is really tight in the new collection,” she noted.

Instead, she is building on her signature silhouette of flowing shapes with draped, layered and pleated elements. Despite blacks and beiges, Wilde extended the palette to whites and hot pinks on floor-length dresses, blouses, shorts and asymmetrically cut coats priced from about 180 to 900 euros, or $259 to $1,296.

The designs of Iris van Herpen balance instinct and intricacy. “I’m shifting between structure and chaos all the time in my process,” said the 28-year-old Dutch designer.

Each van Herpen collection starts with a foray into fabrics and techniques, both old and new. Smocked leather in tiny strips, shiny hair-yarns, brass pins and metal with the feel of mesh, silk and burnt weave are sculpted, woven, laced and traced. Computer modeling, rapid prototyping, and the latest in technology — 3-D printing — are all used to create otherworldly shapes that bring to mind natural forms such as seashells, water crystals or an insect’s carapace translated through hyperbolic geometry. Her Escapism collection bowed in Paris this year, featuring the 3-D prints on dresses. She will show part of that line in Berlin, along with other new looks.

“Technology and craftsmanship need each other to stay alive, and to create something human,” said van Herpen. “We live in a world totally dependent on technology. My work is a reflection on the world we live in, so I cannot deny technology. I want to explore it and take the positive things from it.”

Van Herpen studied at ArtEZ in Arnhem, Netherlands, and held internships at Alexander McQueen in London and Claudy Jongstra in Amsterdam. She started her own label in 2007. Van Herpen’s collections have been shown at fashion weeks in Paris (couture, off-schedule), London and Amsterdam, and exhibited across Europe and Asia. She has received multiple fashion awards in her native country, including the Mercedes-Benz Dutch Fashion Award in 2010. Last month, van Herpen was elected a guest member of the French Chambre Syndicale’s couture calendar.

Her garments — more exquisite exoskeletons that redefine the feminine shape than traditional glamorous gowns — have graced iconoclasts like Björk, Lady Gaga and Skin from the British band Skunk Anansie. Van Herpen would love to add Daphne Guinness and Kate Moss to that list.

Partnerships have become surprisingly plentiful for this perfectionist.

“I like meshing up my ideas and ways of working with other people, and therefore to let go part of my structure and control,” admits van Herpen.

United Nude, the architectural shoe company founded by Rem D. Koolhaas, teamed with van Herpen to create two limited edition lines of sky-high booties, one laced with cord or chains, retailing for $995, the other carved into curves and adorned with tinges of gold, for $1,295. They are currently working on a new shoe slated for Berlin’s catwalk, and a bag is ahead as well.