She plays at the world’s top nightclubs and makes music for some of fashion’s biggest brands. Now Honey Dijon is bringing out a capsule collection of her own, working with Comme des Garçons on an umbrella company for artisanal projects. 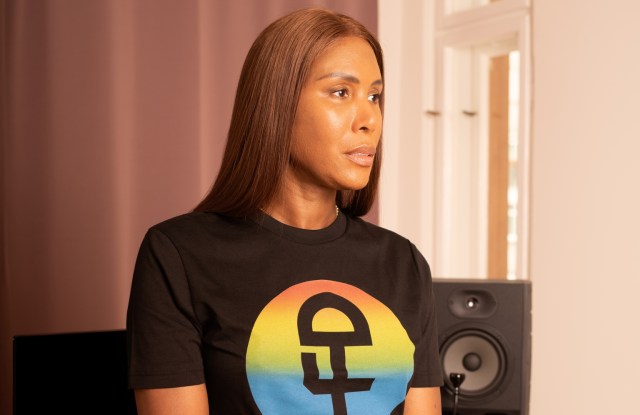 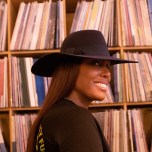 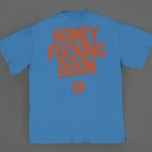 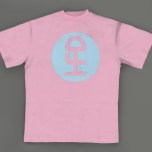 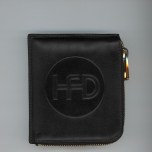 BERLIN — Sometimes being a super fan does pay off. Honey Dijon, one of the fashion world’s favorite DJs, is living proof — she’s about to launch her own line of apparel and accessories in collaboration with Comme des Garçons, and, as she explained, it’s all happening because she’s just a big fan.

“You know, this is probably going to sound very Barbra Streisand, but I sometimes feel like everything I have manifested in my life is because I was a fan of it,” Dijon told WWD. “I think when you deeply love something, you put yourself in places and situations by sheer force of will, because you want to be surrounded by those people.”

Dijon described Comme des Garçons as “one of the most forward-thinking [brands] in the world” and with its help, she has created a series of premium T-shirts and accessories; the latter includes the kinds of leatherwear any music lover would covet, including three wallets, headphone and USB stick carriers, as well as record bags. Dijon described the small range as “utilitarian and aesthetically pleasing” and it will be available first at the Comme des Garçons-owned Dover Street Market stores. The products will retail for between $80 and $800 and all of it is emblazoned with Dijon’s new spherical logo containing the letters HFD — short for Honey F–king Dijon. The collection will launch Oct. 5 in London before moving onto New York and Los Angeles.

But that’s not all: Honey F–king Dijon is also the first brand to appear under a new umbrella company, named Dover Street Market Paris. Wholly owned by Comme des Garçons, it will nurture original products, then take care of brand development, production and distribution.

“I knew of Honey — I’d heard her play and I was a fan — and I met her when she DJed at our after party at the Met gala,” Adrian Joffe, chief executive officer of Comme des Garçons, explained. “She always works with her heart and soul, she’s very artistic and authentic — she just ticks all the boxes for us.

“And [this collaboration] just happened naturally,” Joffe added. “We just said: how about doing something together?”

Dijon, who plays her eclectic and deeply soulful mixes regularly at the world’s leading nightclubs but is equally well-known for her work in the fashion world for the likes of Dior and Burberry, said she got the idea for a collection after seeing fans wearing homemade Honey Dijon T-shirts at her shows. “I’d been friends with Adrian for many years and I’ve always had a huge interest in fashion,” she said. “So that’s how this happened.”

Now that’s a nice story, but meeting Dijon, who radiates a cool determination, it’s clear there’s more to it than that. After all, a lot of folks would like to be jet-setting DJs and work with Comme des Garçons. But not everybody gets to. So how did a music-loving, black, transgender girl from the south side of Chicago end up here, an international DJ and tastemaker to fashion’s biggest stars?

Dijon just laughed at the question.

“Everything in my life has come through music, it was passion,” she replied. Then she pauses and lowers her voice: “And just, you know,” she laughed, “busting my ass.

“It’s no accident that I am here,” she continued, more serious now. “I worked hard, I manifested, I meditated and I did not take ‘no’ for an answer. Because the world was already telling me I had nothing,” she said. “So if I’m starting at zero, then I have nothing to lose.” 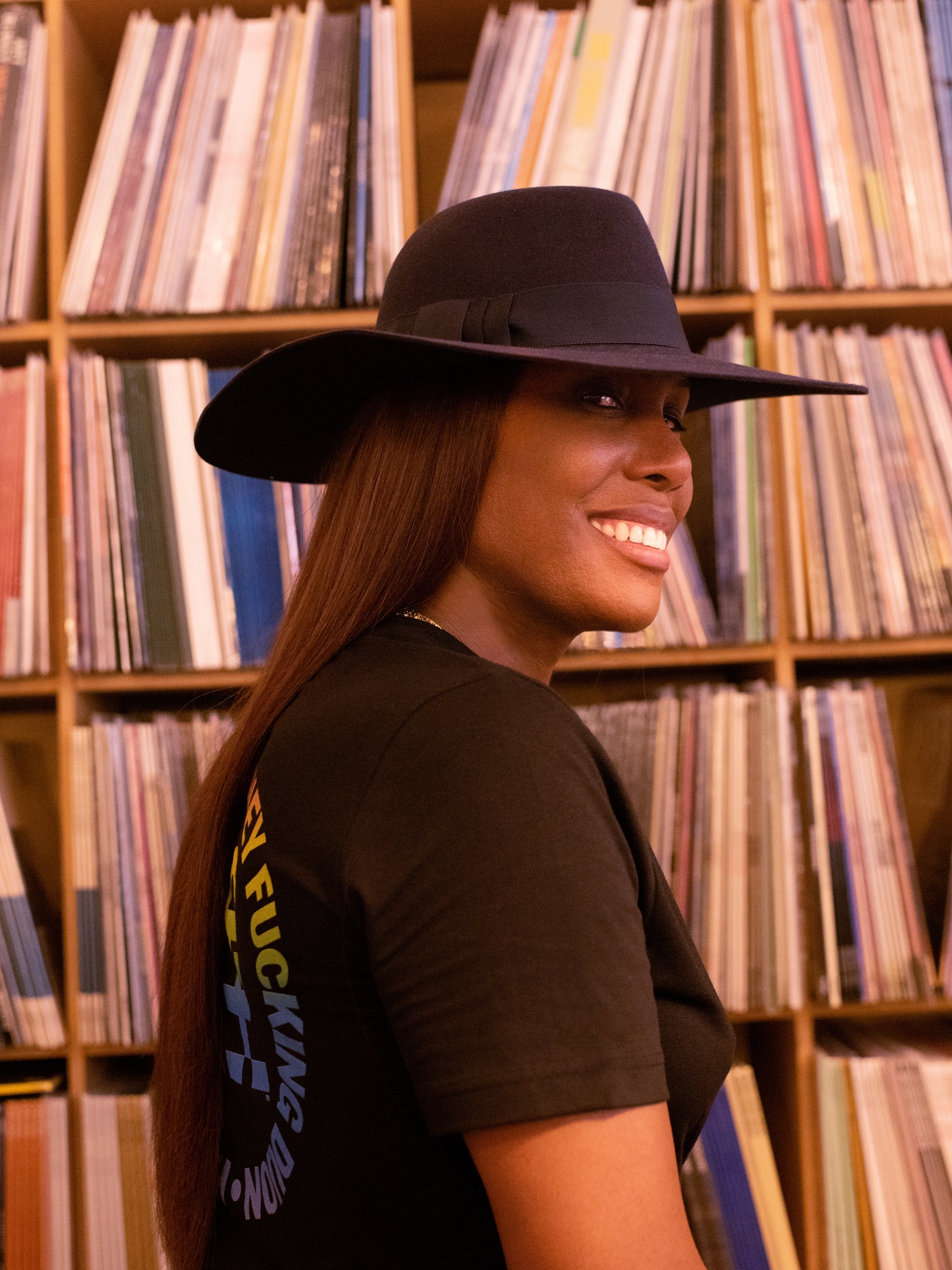 Growing up in Chicago, Dijon started her musical career as a dedicated clubber in the Eighties, going out, armed with a fake ID, aged just 12. After meeting some of that city’s DJs at a seminal time in the history of house music — names like Derrick Carter, Mark Farina and Danny Tenaglia, who would go on to become stars of the global scene as well as Dijon’s mentors and friends — she started playing and producing, first laying down tracks on Monday nights for the princely sum of $50.

Her fashion connections came after she moved to New York in the Nineties. “Everyone I have met in fashion has been through DJing in nightclubs,” Dijon recalled.

Her fashion aspirations come as the result of a long-standing fascination with clothing choices and the cultural messages they send, something she saw firsthand as tribes congregated in the clubs she played.

“Never underestimate the power of a darkened room,” reviewers at notoriously picky music site Pitchfork wrote of Dijon’s debut album, “The Best of Both Worlds,” in 2017. “For many, dance clubs are places of freedom, of self-actualization, of becoming.” Dijon, it continued enthusiastically, “is one of contemporary house music’s most compelling proponents of this view.”

Now the superstar DJ is based here in Berlin, having just moved to one of the German capital’s trendier neighborhoods, Kreuzberg, equal parts Turkish community and hipsters. Dijon explained that it’s not only because there are more possibilities for her to DJ in Europe that she moved here. She also enjoys the slower, less consumerist pace of life in Berlin as well as the rich cultural melee — artists, immigrants, a big queer community — out on the streets below her balcony. It gives her space to think, she said.

“For me, it feels like New York when I first moved there — and with the current political situation [in the U.S.], it also just feels so much more civilized here. And,” she confessed drolly, “I ride my bike around! I wouldn’t be caught dead riding my bike in New York.”

She’s only just moved in but the large, airy second-floor apartment, above a bustling main street, already shows signs of becoming a home: Dijon’s studio, complete with a giant mixing desk and multiple monitors, is set up in one room; others are lined with vintage Italian furniture and artworks ready for hanging.

But whatever you do, don’t tell Honey Dijon she’s made it.

“I don’t like that,” she retorted. “I like to think of myself as a working artist. Maybe it’s because I’m from a blue-collar town where people are like, ‘don’t get too fancy now!’” she chuckled. “I’m still working. The only difference now is that my name is higher on the bill.”

That, she says, and “people take my calls.” In many ways, that’s the greatest luxury, Dijon added, because “if I want to create something, or work with a certain artist, then people take it seriously.”

Another thing that has undoubtedly raised her profile even further is the current cultural moment that gender-fluidity is having. “I think now is a great time to be a woman or a queer artist,” Dijon argued. “Some people wouldn’t necessarily be having DJs like myself [play] if it wasn’t cool. It’s like, ‘we have to have a woman on the bill, we have to have a trans-person.’ So people who might never have had an opportunity are getting one.”

Obviously, there are two sides to this, Dijon continued. Yes, businesses are jumping on the nonbinary bandwagon and in some ways that is OK with her. “Because if that’s the way the message is going to be delivered, then so be it.”

Dijon herself says even though she prefers to let her music speak for itself, she does feel a responsibility to the LGBTQ community because, growing up, she never saw role models who spoke to how she felt about herself. It’s not her mission to be a role model, but it is a byproduct of her personal journey, she said.

“I survived at a time when there was no language for how a person like me felt,” she noted. “Hopefully my role with Dover Street Paris shows that you can work with the best, and that your life matters, and that just because it’s not mainstream, doesn’t mean that it doesn’t matter.”

Being so visible doesn’t bother her, nor does the occasional hassle. “Yeah, I get misgendered in the press sometimes but that’s not about me, that’s about them,” she replied. “I’m very secure about myself: My family loves me, my boyfriend loves me and,” she laughed, “I recently decided that I don’t argue with strangers on social media.”

On the other hand, she said, going back to the tricky subject of gender-fluidity as a trend, “it’s all about intention. A lot of people are using diversity for their bottom line. I have an issue with that because until there is also diversity behind the scenes, it’s just lip service,” she noted sternly. “But as an artist I have never aligned myself with anybody who wasn’t giving back to the community. Something always has to be given back, not just something taken.” 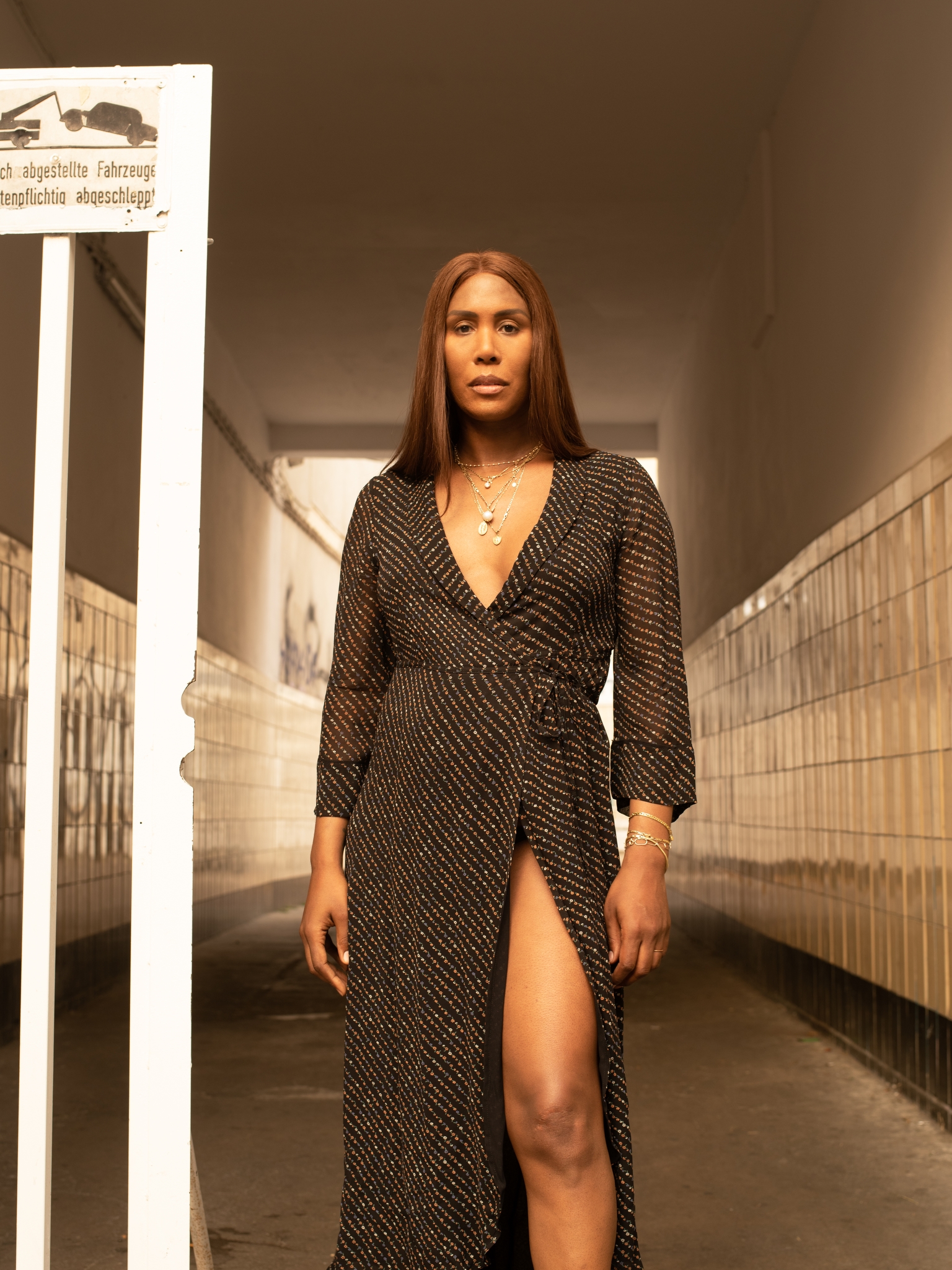 Dijon’s work with Comme des Garçons falls into that category. “I don’t feel that they are in any way commodifying my experience,” she noted. In fact, Dijon said, although she’s proud and happy to be seen as something of a role model, the products she’s creating for this brand have nothing to do with gender. It’s all about the music, she said.

It’s also going to be ongoing project, she confessed: “I hope we’re in bed together for a very long time!” Since the Honey F–king Dijon joint venture is part of Comme des Garçons’ new umbrella company Dover Street Market Paris, “it’s going to be about nurturing talents of all kinds,” Dijon said.

“This new company will have various activities,” Joffe said, giving WWD more details. “Retail, with the first of the satellite stores opening Oct. 2, called Dover Street Parfum Market. Brand development with the likes of Honey, Youth in Balaclava, ERL, GR-Uniforma and Rassvet. And then also as commercial agents and distributors.

“The overall vision is to create an umbrella organization to nurture creative talent to launch, and then to grow the brands in exciting and new ways,” Joffe wrote in an e-mailed interview. “There is no end to our ambition for Dover Street Market Paris and for the brands, but equally there is no rigid formula about how to do it, and no time scale. As with all we do, we do it organically.”

Joffe said after starting with a very small collection, there will be a additions every time the label shows in Paris. “We’ll keep adding things,” he confirmed.

And although Dijon doesn’t want to give away too many secrets, she already has ideas for new products. And she has (more) bold ambitions, too.

“For me the most inspirational years were in New York City between 1980 and ’83, post-disco. These were the rich years where art, music and fashion all came together and nightclubs were incubators. I want to bring back a community where art, music and fashion all collide and collaborate, and sort of move each discipline forward in a different way,” she continued. “It’s a bit like sampling. There’s nothing new out there, but the way you put it together is new. That’s how I like to think of it.”