Art Ortenberg: A Life in Fashion and Conservation

At a memorial service on Wednesday, ten speakers from divergent worlds came together to share stories about the late cofounder of Liz Claiborne Inc. 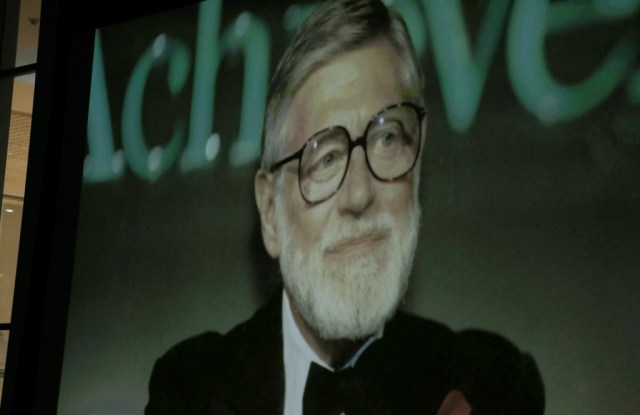 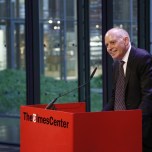 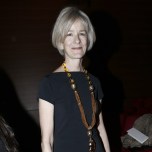 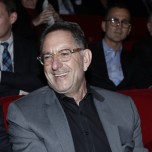 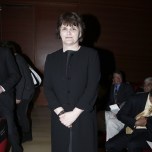 NEW YORK — Ten speakers from divergent worlds came together Wednesday at The Times Center here to share stories about Art Ortenberg, the late cofounder and vice chairman of Liz Claiborne Inc. and a wildlife conservation philanthropist. One thing was abundantly clear: Ortenberg’s zeal for building Claiborne was matched by his passion for conservation and saving the environment.

The speakers — who included fashion and textile designers, conservationists and field biologists — used similar words to describe Ortenberg: a sharp mind, a lover of language, persistent, dogmatic, impatient and a desire to be in the fight to make things happen. And if he “suggested” you read a book, you better have read it. Ortenberg, 87, died Feb. 3 of complications of pneumonia and kidney failure.

“His instincts were superb. His words precise. He loved language. He played with it and used it to fuel his humor. We met on that common ground,” said Horyn. “In one way or another, Art shared his ideas and values with us. Sharing defined his humanity. It shaped his vision in creating with Liz Claiborne one of the greatest American fashion companies, and progressive wildlife and land conservation and philanthropy. Collaboration, it underlies everything Art did and why we are all here today.”

Horyn shared a story about how Ortenberg had arranged to join her in Paris following the collections after they had known each other for a year. They were going to take a train to the South of France for a few days. “Not only was I tired from the shows, but I would have to stay up all night to finish a story, a column as it happened on the unexpected return of sportswear. To my relief, Art was full of understanding and encouragement, but I was puzzled. Before he went off to bed, I asked him, ‘What exactly is sportswear? How would I describe it to a general audience?’ He was the man to ask. He thought for a moment, and then he said to me, ‘To me sportswear is jaunty.’ I savored that gift. It made the writing go faster, and in the morning we were on our way.”

Sportswear was a category that Ortenberg knew intimately. He and his late wife, Liz Claiborne, founded Liz Claiborne Inc. in 1976. Within 13 years, when they retired, the publicly traded firm was generating $1.41 billion in sales and $164.6 million in net profits and had arguably become one of the biggest success stories in the fashion industry. Ortenberg then turned his attention to wildlife conservation. The Liz Claiborne and Art Ortenberg Foundation, established in 1987, provides grants to numerous nature conservation, wildlife and education projects around the globe.

Raymond Minella, adjunct professor of Cornell Law School, was the investment banker who took Claiborne public in 1983, and thought of Ortenberg as a father figure.

“It was the first deal I ever ran all by myself,” said Minella. Interestingly, it was the first time a prospectus’ cover was printed in color with the Liz Claiborne logo on it. He said when the company went public in June 1983, it was “the second most successful IPO of the 1980s, second only to Microsoft.”

From listening to all the speakers, Minella envisioned Ortenberg like an elephant. “Every one of us saw a different part of the elephant, and we all had a chance to grab the ear, the trunk or the leg.” He was sort of like Yoda — not just smart, but wise, which is much harder, said Minella.

Minella shared the reason that Ortenberg was secretary-treasurer of Claiborne and didn’t take the chief executive officer role, which he gave to his wife. Minella remembered saying to Ortenberg, “You are obviously running the company and everyone knew it. But your title is secretary-treasurer.” But Ortenberg felt that because he knew the other partner, Jerry Chazen, from their days in college, Chazen wouldn’t be happy with Ortenberg being ceo, so he decided to let Claiborne have the title. “He didn’t care who got the credit. All he cared about was the task and the work got done.”

Chris Dabagian, director of textile design at Liz Claiborne from 1979 to 1987, said she joined as a design assistant and colorist “and had zero experience.” Although she reported to Claiborne, “there was no such thing as not reporting to Art.

“He had a phenomenal eye and a quick, decisive mind. Every department was buzzing with creative energy, great sales and happy buyers. By 1981, sales were exploding,” she said. Ortenberg would roam the floors to observe what was going on, and people would think, “‘Is he coming to see me? What will he ask?’ As much as we loved him, we could get terrified. When Art had questions, you needed answers,” said Dabagian.

Buchman recalled that Ortenberg and Claiborne “saw their mission as designing exquisite affordable clothes for most of America.” When they started the company, Liz knew what clothes women wanted and Art knew how to get them made, said Buchman. He would travel to anywhere in the world to get it done. He was among the first to set up an office in Hong Kong. She said he never cared about the lowest prices, and cared about working conditions around the world, long before it became highly visible. She said owners of the factories often became friends, “and not just because of the colossal orders they got, but because of Art’s standards and who he was. Art was an operations wizard. He set up processes in the company that were logical and extremely effective,” said Buchman.

She recalled when she was offered the opportunity to design a more expensive label. “At that time I was so green. After those first couple of years, Art nurtured me, badgered me, taught me, even made me stay later after work to take patternmaking classes for months,” said Buchman. “He totally believed the Dana Buchman label would be a success way more than I did.”

Schultz described his stepfather’s intelligence, integrity and humor. “He needed to be challenged, and it stimulated him greatly working with the people in the conservation world,” he said. When Schultz was a boy, Ortenberg took him to an anti-Vietnam War demonstration in Washington. He recalled that during his childhood Ortenberg was very involved in political, social and social justice issues.

“The way they created the Claiborne business and the way that they ran it was revolutionary. It was Art’s integrity,” said Schultz. “He had the most acute and finely tuned hot-air detector.…He much preferred to hear the truth, straight, disappointing as it may have been.

“Art wasn’t a saint. From the family side, it was sometimes difficult. The choices that he and my mother made were not always oriented toward family first. They were such driven people. They had bigger fish to fry,” said Schultz. “He [Ortenberg] could be difficult, and growing up in that family was challenging, but never boring.”

He said humor was always there, which was a function of Ortenberg’s intelligence. He’ll never forget walking down the street in the late Seventies and seeing a young punk with a safety pin through his nose, a green Mohawk and a tattered shirt. “Art would deadpan brightly, ‘It’s a look,’” said Schultz.

Schultz noted that although Ortenberg was not musical, he loved music and shared that with him. Ortenberg got him guitar lessons with George Barnes and introduced him to Charlie Parker, Billie Holiday and John Coltrane, and took him to see the Jimi Hendrix Experience. Schultz followed up his comments with a performance of Django Reinhardt’s “Nuages” and “A Smo-o-oth One” from Charlie Christian and Benny Goodman, along with Sarah Charness and David Shenton.

Western spoke about how Ortenberg “refashioned conservation.” He recalled a grand safari trip he took with Ortenberg and Claiborne in East Africa. Ortenberg was astonished by how many elephants were killed by the ivory trade and wanted to turn around the situation. “They brought people together around a common threat to find a common solution,” said Western. Claiborne took out an ad that said, “Don’t Buy Ivory, Take the Fashion Out of Ivory.”

“Art was not an easy character. He could be exceptionally insistent, persistent and dogmatic.…The bottom line was his integrity,” he said. Western recalled Claiborne riding a horse, and Ortenberg was way behind her slumping on his horse. “‘I’m only doing this for Liz,’” he recalled Ortenberg saying. “Art was a force of nature. We’re grateful he became a force for nature,” said Western.