As Moises de la Renta launches a capsule collection for Mango, we took at look at his father Oscar's beginnings in the rag trade. 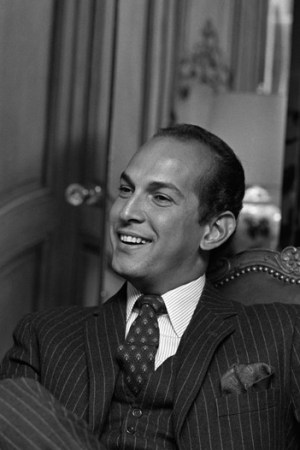 As Moises de la Renta launches a capsule collection of shirts today for retailer Mango (his first collection, MDLR, debuted in February 2009), his father may be thinking about his own beginnings in the rag trade. Pulling from an illustrious design background including an apprenticeship with Cristóbal Balenciaga and stints at Lanvin, Christian Dior and Elizabeth Arden, Oscar de la Renta’s Seventh Avenue debut was nothing short of stunning.

It was June 1965 and de la Renta was the newly minted designer and vice president of Oscar de la Renta for Jane Derby (the label would be changed to Oscar de la Renta following Derby’s death that August). “Just watch Oscar score and soar,” WWD predicted two days before the show. Anticipation was high. He was well-known for his evening clothes, but his collection for Jane Derby was to be a more balanced collection. “There’ll be 75 pieces, but these are evenly divided between day and evening,” he assured.

On the day of the show, de la Renta’s cheering section was packed with socials like Joan Muss, Nan Kempner, C.Z. Guest and Mr. and Mrs. John Drexel III. And they loved what they saw. A skinny camel coat, a cozy gray flannel with white mink at the neckline and a pale brocade dress shaped close in the front and billowing into a smock at the back all got our reporter’s pencil scribbling. “The hats are marvelous,” C.Z. Guest told Diana Vreeland. “Look at that necklace,” the Vogue editor responded. The buyers from Bendel’s and Saks were equally impressed. “It’s charming,” the Bendel’s rep said.