Oscar Nominations Signal the Race to the Red Carpet

The world can officially ask, “What will they wear?” 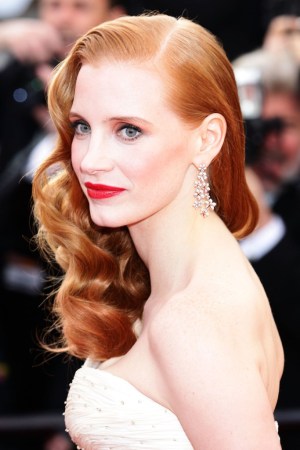 LOS ANGELES — The world can officially ask, “What will they wear?” now that Emma Stone and Seth MacFarlane rose before dawn on Thursday to announce nominations for the 85th Annual Academy Awards. More than a few actors got little sleep the night before as the congratulatory calls began rolling in. It is now the designers’ turn to work overtime vying to dress them.

All eyes are on red-carpet favorites Jessica Chastain (styled by Elizabeth Stewart), Anne Hathaway and Jennifer Lawrence (both styled by Rachel Zoe) and Naomi Watts (styled by sister-in-law Jeanann Williams) to lead the fashion pack. On Monday, at her most recent red-carpet appearance, Chastain wore a black Oscar de la Renta cocktail dress to Guillermo del Toro’s “Mama” screening. She also sported a red Michael Kors coat on the streets of New York earlier that day, and a camel one Wednesday. She will likely exchange her coats for lighter garb or glam fur when she arrives in Los Angeles. Hathaway is a known F.O.V. (Friend of Valentino), as her Oscar record shows. With Lawrence and Watts, anything goes. Watts donned Roland Mouret at the Palm Springs International Film Festival on Saturday and Alexander McQueen to the People’s Choice Awards on Wednesday. Lawrence wore Valentino couture to the People’s Choice Awards.

The fashion frenzy will continue until the Oscars air live Feb. 24.