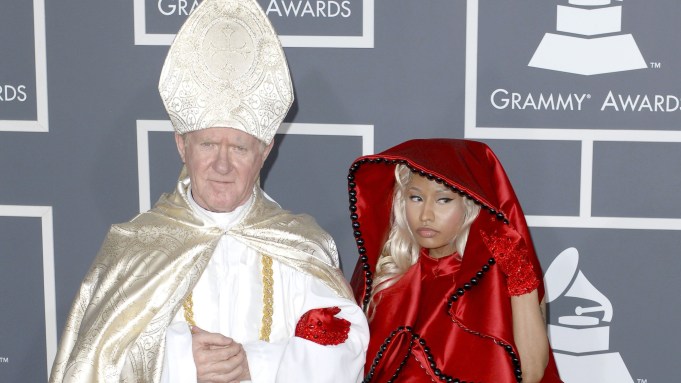 Just as the film awards season is gearing up for its grand finale (that would be the Academy Awards on Feb. 28), and just as we’re reaching saturation with elegant, serious fashion, the Grammy’s arrive on Monday to inject something else entirely into the conversation.

The look of the Grammy’s has spanned quite the range — from Lady Gaga arriving fully encased in an egg to J. Lo’s infamous naval-grazing reveal. Emulating their onstage performance style, Madonna and Nicki Minaj are safe bets to bring their theatrics to the red carpet — see Minaj’s red caped ensemble or Madonna just about any year.

The drama unfolds on Monday at 8 p.m. EST, with performances by Taylor Swift, The Weeknd, Justin Bieber, Adele, and the cast of “Hamilton.” Lady Gaga will pay tribute to David Bowie in a performance directed by Nile Rodgers. Nominees include Swift, The Weeknd, Kendrick Lamar, Drake, Florence + The Machine, Wiz Khalifa and Maroon 5. Swift opens the show, and all eyes will be tuned in to see if she address the latest Kanye scandal.

Here, a look back at some of the spectacular, baring and thoroughly entertaining red carpet appearances from music’s finest.