P&G vs. L’Oréal: Figuring the Odds

The industry is speculating on whether Procter & Gamble will be able to compete successfully against L’Oréal in the professional salon arena. 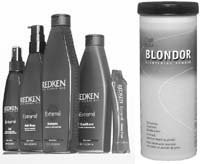 NEW YORK?— As the ink dries on Procter & Gamble’s $6.9 billion proposal to acquire Wella, the industry is rife with speculation over whether P&G will be able to successfully compete against L’Oréal in the professional salon arena.

This story first appeared in the March 21, 2003 issue of WWD. Subscribe Today.

But first, one must consider the challenges P&G will face in the near and long term as it poises itself to go head-to-head with the biggest beauty company in the world.

According to Rick Goldberg, a former Aveda distributor with 20 years experience in the professional hair care market, Wella USA, Wella AG’s Woodland Hills, Calif.-based arm, presents P&G’s first challenge, at least domestically. Goldberg cites Wella USA as a unit that is still looking to find itself, mostly because of the delayed merger of its two prized acquisitions in recent years, Sebastian and Graham Webb, into Wella USA.

“By allowing so much time to pass before they merged, they managed to create confusion and dysfunction. Wella USA has yet to define how its brands strategically complement each other, and they also haven’t figured out how to keep some brands from undermining each other,” Goldberg said.

“Retail represents in the U.S. up to 25 percent to 30 percent of a salon’s total volume,” Goldberg pointed out. “That’s representing potentially hundreds of millions of additional dollars on large margin items. In Europe, retailing has not caught [on].”

While clearly an opportunity, buttoned-down P&G must also know that selling to the salon industry relies more on hands-on relationships than on corporate discipline, and that salons and stylists generally respond to entrepreneurs better than they do to suits. To improve the salon business, P&G will be challenged to define and execute a specific vision, mission, value and structure and keep its ears open to salons’ needs.

Almost as important is whether P&G, which dominates the mass marketplace with brands it considers comparable to some of Wella’s salon brands, can form a relationship of trust with salon owners.

And although P&G has stated that it will leave Wella’s professional salon business as is and that Wella will move forward with the strategic plans already mapped out for the next two years, Goldberg’s biggest fear is the temptation to bring high-margin salon brands to the mass market.

“P&G may look at a line from Graham Webb, such as Back to Basics, which could fit in the mass arena, and evaluate whether the margin structure is right to take it retail and recoup their investment quicker. Back to Basics is in drugstores now, although through diverted measures, but Wella is not getting paid for it.

“So, is P&G smarter if they control this distribution and make those items available to optimize their return on their investment? Or will they just clean it up? I don’t know the answer but, if I’m a salon owner, that’s the question I’m asking.”

Wella’s mass retail hair care business, valued at approximately $1.1 billion in annual sales, adds to P&G’s brands, such as Pantene, Head & Shoulders and Herbal Essence, with combined annual sales of $3 billion. P&G’s global retail share is over 20 percent, with sales over $4.5 billion. About half of Wella’s sales for 2002 were in the professional hair care segment, while 30 percent represents retail hair care sales and the balance is in fragrances, said A.G. Lafley, P&G’s chief executive officer, on a conference call on Tuesday.

“Professional hair care is an attractive market, with about $10 billion in sales from the salon to the consumer. It is bigger than retail, [about] 5 percent a year ahead of retail,” Lafley said.

It’s a market in which turnout varies from country to country. According to tracking firm Euromonitor and based on retail sales last year, in the U.K., L’Oréal placed first and Wella fifth in the segment, after Paul Mitchell Systems, Toni & Guy and Schwarzkopf & Henkel Cosmetics. In Germany, Wella took top spot and L’Oréal came in second. In France, meantime, L’Oréal got the gold, Henkel the silver and Wella the bronze.

According to P&G’s ceo, growth in the sector is sustainable, with much of the future growth supported by salons. The salon presence is still underrepresented by many areas of the world, he said.

“Access to the professional channel can help us learn from industry leaders, [to] understand their needs and accelerate our innovation. We can help them understand about P&G’s products,” he told attendees.

“A few years ago our 2-in-1 shampoo business was killed in Europe because we didn’t have a good relationship with stylists. This will change that.”

Wella also gives P&G solid ground in the styling category, one that despite P&G’s globally known brands, such as Pantene, has yet to create a spark in one of hair care’s fastest-growing categories.

“We have been semi-successful in the styling arena, but Wella has a great styling business,” Byrnes observed.

Procter & Gamble had its ratings reaffirmed by both Standard & Poor’s (“Aa3”) and Moody’s (“AA-minus”) following Tuesday’s announcement that it would buy Wella AG.

Fitch Ratings also affirmed the P&G’s senior unsecured notes at “AA-minus,” and its commercial paper rating at “F1-plus.” Karen Lynch Ghaffari, credit analyst at Fitch, wrote in a research note: “On Dec. 31, 2002, P&G’s cash balance totaled $5.1 billion. Given the cash available to fund the transaction, P&G’s strong cash flow generation, and the additional earnings and synergies anticipated from the combination, Fitch expects credit measures will remain strong and in line with the current rating.”

The analyst added that P&G’s ratings continue to reflect the company’s “diversified portfolio of leading consumer products brands and broad geographic reach, which allow it to generate significant and consistent operating earnings and cash flow. The ratings also acknowledge the company’s level of acquisition activity, its competitive operating environment, and continued share repurchases.”

Fitch has L’Oréal’s short-term debt at “F1-plus,” unchanged since October 1994. According to a December 2002 report by Fitch credit analyst Olivier de Combarieu, L’Oréal has been steadily gaining market share, while its average annual like-for-like sales growth remains in the 6 to 8 percent range. “Whereas high valuation multiples on acquisitions have caused increased leverage, strong net free cash generation has served to reduce it.”

He noted in the same report that the global cosmetics industry has been extensively consolidated since the late Eighties. “Going forward, market consolidation could continue as the industry still remains highly fragmented and L’Oréal has demonstrated that economies of scale do exist.”

He concluded that L’Oréal is “unlikely to undertake large-scale acquisitions, as long as positive market trends give credibility to its organic growth-oriented business model.”

Of course, there’s been speculation over what L’Oréal might do to maintain market share following P&G’s announcement that it intends to acquire Wella.

In December, Fitch’s de Combarieu made some observations about L’Oréal that could provide some indication of what the world’s largest cosmetics group might not do: “Defensive moves against other players trying to consolidate the market are thought unlikely. There is a stronger possibility of bolt-on acquisitions aimed at strengthening its position in a region or a market segment.”

But analysts do not generally regard P&G’s proposed Wella acquisition as a threat to L’Oréal’s number-one positioning globally.

“In the professional hair care business, Wella is ranked second worldwide behind L’Oréal (with respective market share of 20 to 22 percent and around 35 percent) and given Wella’s efficient organization in this business, competition is unlikely to get fiercer once P&G has swallowed Wella,” reported HSBC in recent research. “In the consumer hair care business…it will take time and huge investment for the new P&G/Wella entity to compete on an equal footing with L’Orèal. Furthermore, the distraction of integrating Wella into P&G (especially since Wella’s management seems reluctant) may well prove to be beneficial to L’Oréal in the short term.”

When it comes to hair care, L’Oréal and P&G might be the biggest players, but taking into account all beauty categories, Unilever jockeys for a top spot, too.

“If we look at overall cosmetics market shares, L’Oréal has more than 9 percent, Unilever 9 percent and P&G 8.5 percent on 2001 data,” said Susanne Seibel, industry analyst at UBS Warburg in London. “The three leading companies hold shares of almost equal size, but focus on different categories and only overlap in the highly competitive mass-market distribution channel. So the aspect of change in the competitive landscape should focus on the mass-market consumer business. P&G is likely to use the so-far-underleveraged Wella brand in the mass category as a growth driver.”

Seibel predicts the P&G-Wella merger will “significantly affect smaller and local brands” and thinks that market positions below the top three to five are likely to suffer. Smaller companies find it harder to earmark big budgets for marketing and don’t have significant product diversification.

“There is strong pressure from retailers, which plays the three biggest cosmetics companies against each other,” thereby keeping prices down and innovation levels high, said Seibel. “The biggest companies can afford that, but there will be less space on the shelves for the smaller guys.”