Miren Arzalluz is ready to make her mark as the Paris fashion museum reopens after a two-and-a-half year renovation with a show about Gabrielle Chanel.

PARIS — Since being named director of Palais Galliera in December 2017, Miren Arzalluz has been a shadow on the Paris fashion scene.

Shortly after her arrival, the Paris City Hall-backed fashion museum closed for a second phase of renovations of its permanent galleries launched by her predecessor, the media-friendly Olivier Saillard. Then, the lockdown scuppered the planned reopening of the institution in spring.

Now Arzalluz is finally stepping into the spotlight. The museum is scheduled to reopen on Oct. 1 with a large-scale exhibition on Gabrielle Chanel, the first to be staged in the French capital.

The French luxury house is the exclusive sponsor of the new area for permanent exhibitions located in the museum’s basement, known as the “Gabrielle Chanel Galleries.” The 7,500-square-foot space will be open to the public year-round and will showcase the history of fashion from the 18th century to the present.

On a recent visit, brilliant sunshine highlighted the pristine pale stone of the late 19th-century Italianate building. “It’s magnificent,” Arzalluz said. “It’s really the first time in the history of the building that it has been restored and cleaned like this.”

Though she has an MA in fashion history from the Courtauld Institute of Art in London, and spent eight years at the helm of the Cristóbal Balenciaga Foundation, Arzalluz was considered a wild card for the Galliera job, since she is Spanish and has held no previous posts in the highly codified world of French museums. 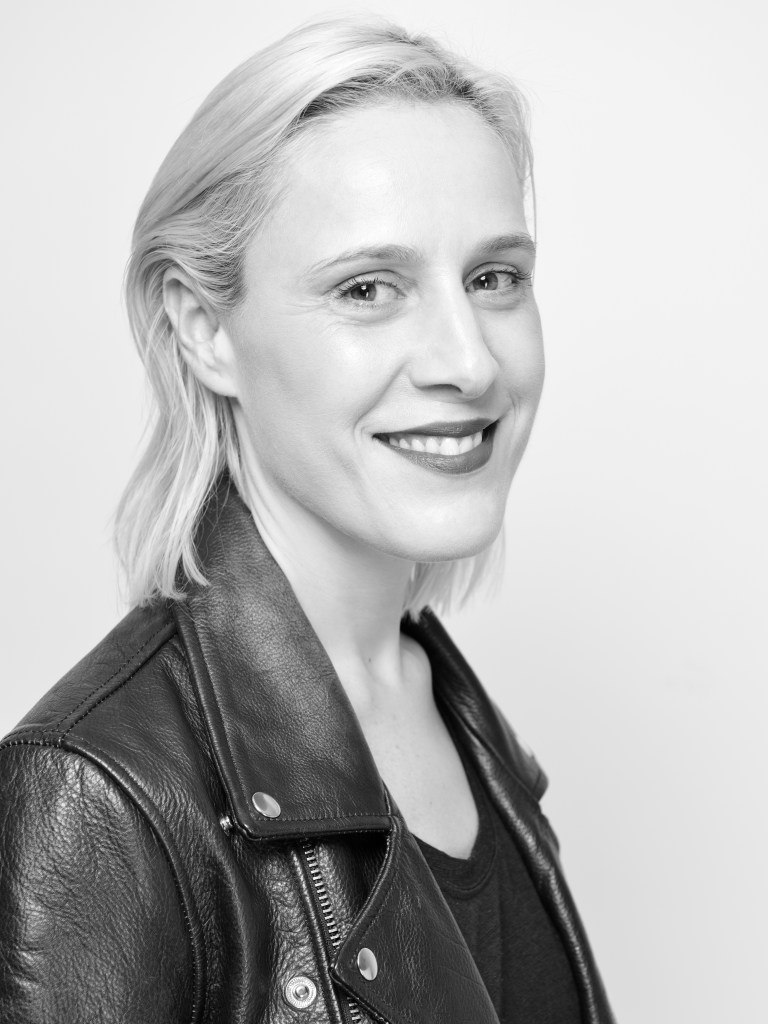 After working behind the scenes for two-and-a-half years, she is relieved and excited to present the result of the 8.1 million-euro renovation to the public. “Expectations are very high,” she acknowledged. “It’s a defining moment in the history of the museum.”

Commissioned by Marie Brignole-Sale, the Duchess of Galliera, to house her vast collection of art, the building designed by architect Paul-René-Léon Ginain was completed in 1894. Due to legal issues, the duchess ended up donating the art to her home city of Genoa in Italy, leaving the palace with no clear purpose.

In 1977, it was officially designated as the city’s fashion museum. But despite owning a permanent collection of more than 200,000 pieces of clothing, accessories, photographs, sketches, industrial designs and prints, the institution has never had space to show it.

With its exhibition space now doubled, it will be able to alternate between larger temporary exhibitions and rotating displays of its archives, Arzalluz said. “Because the textile pieces are very delicate, we have to switch them around roughly every six months, though some of the most fragile pieces can only remain on display for three months,” she explained.

She noted it was one of the few museums worldwide devoted to fashion. “We’re set to become a must-see destination for fashion lovers and specialists, because there will be more targeted exhibitions with different themes, in addition to a permanent collection that tells the history of fashion from various angles,” Arzalluz said.

The first selection from the archives will be unveiled in summer 2021. It was originally conceived to mark the 100th anniversary of the museum’s founding act: the donation in 1920 to the City of Paris of more than 2,000 pieces of clothing by the Society of Costume History. Like the rest of this year’s exhibitions, the show has been pushed back by the pandemic.

Likewise, an exhibition marking the 100th anniversary of French Vogue, which was founded in 1920, has been delayed to April 2021. Arzalluz considers herself lucky. “Many of my colleagues have had to cancel exhibitions outright,” she noted.

At a time when visitor numbers have been hit by the drop in global tourism, she is fortunate to benefit from the support of private patrons, in addition to a budget from the City of Paris. “The renovation would not have been possible without the support of Chanel,” she noted.

Conceived by two architecture firms, L’Atelier de l’île and Ciel Architectes, the project involved converting the basement into exhibition rooms, including three rectangular rooms and a U-shaped red-brick corridor with vaulted ceilings. They are linked to the ground floor by a minimalist staircase made of polished white concrete, which adjoins a new bookstore. 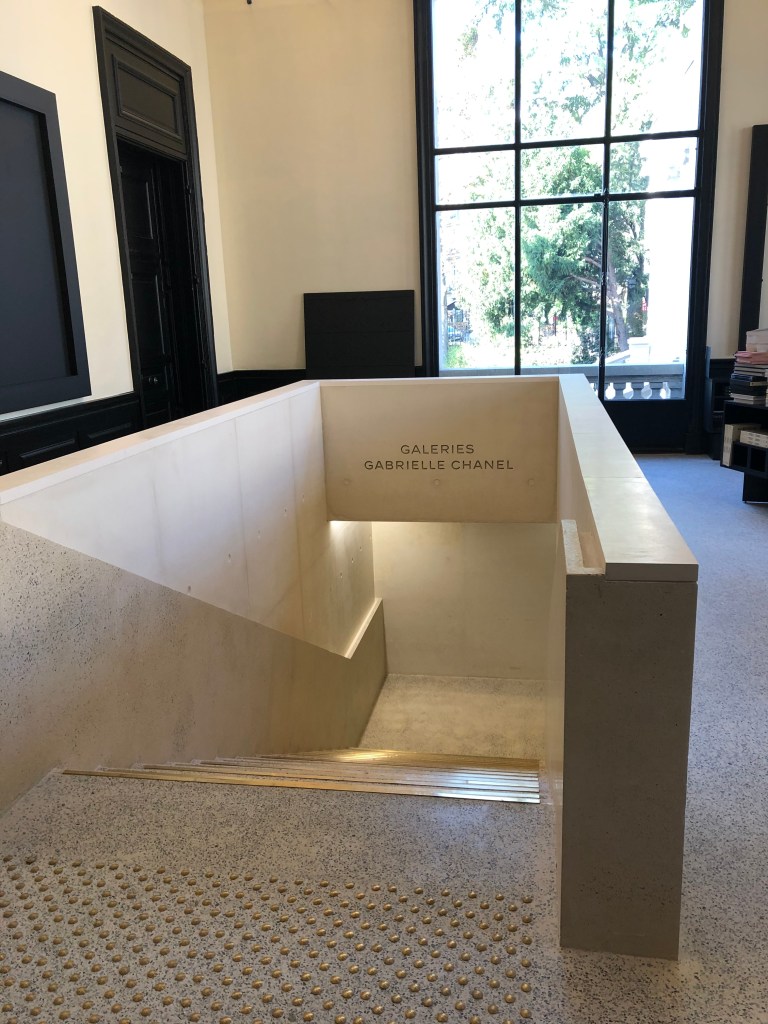 Arzalluz curated the Chanel exhibit with Véronique Belloir, and Saillard is listed as artistic director. It will be a while before she can truly make her mark on the museum. Up next fall is a retrospective on photographer Paolo Roversi, for which discussions were already at an advanced stage when she arrived.

The first show under her purview won’t see light until 2022, though Arzalluz — the daughter of a prominent politician from the Basque region of Spain — gave some hints on what her focus will be.

“I want to maintain the richness, diversity and quality of the museum’s temporary exhibitions, but I would like female designers to be better represented. Meanwhile, the permanent exhibition will allow us to view fashion not just as an artistic and aesthetic expression, as is often the case, but also as a social and cultural phenomenon,” she said.

“Perhaps it will also give us the opportunity to broach more poetic themes. Over the last few years, the general public has become much more knowledgeable about fashion and I think they are hungry for new ways of looking at clothes,” she added.

Arzalluz noted that the museum’s collection contains many pieces by lesser-known designers such as Augusta Bernard, the Callot sisters, Louise Boulanger and Jeanne Paquin, who shaped fashion in the 1910s and 1920s.

“Among my goals is to establish links with other designers, other disciplines, artists, architects. We could ask them to bring their eye to our collections, or even establish residencies,” she added.

The institution already enjoys a good relationship with the neighboring Paris Museum of Modern Art, which welcomed some designs by Azzedine Alaïa during his 2013 retrospective at Palais Galliera, and she hopes it will also house an offshoot of the Roversi show.

And Palais Galliera plays an important role in supporting the current fashion scene, thanks to the proceeds of the annual Vogue Paris Foundation gala, traditionally held during Paris Couture Week in July, which allow it to acquire items of clothing from contemporary collections and collect other pieces as donations.

“Right now, our acquisitions of contemporary fashion are much more important than the rest,” said Arzalluz, noting how difficult it is to find rare items from the 17th and 18th centuries. “Today’s fashion will be fashion history in 100 years’ time, so we will really have a very sizable and representative collection from this period in time.”