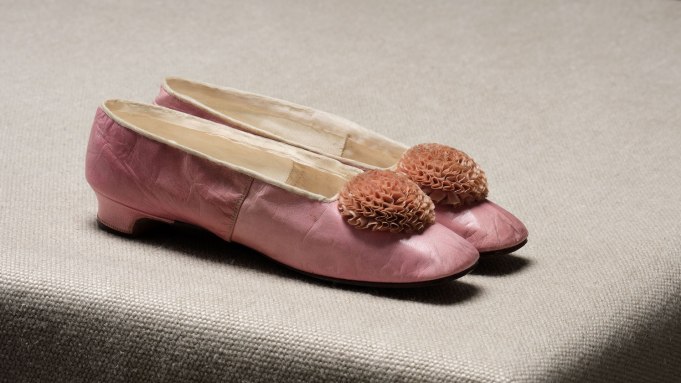 PARIS — The Palais Galliera is staging the first exhibition of its permanent fashion collection, with a show of 350 pieces of clothing, accessories and documents spanning from the 18th century to the present day.

“Une Histoire de la Mode” (“A History of Fashion”) is on display until June 26 in the new area for permanent exhibitions located in the museum’s basement, known as the “Gabrielle Chanel Galleries,” as the French luxury house sponsored the renovation.

Meanwhile, an exhibition celebrating the centenary of Paris Vogue has taken over the ground floor of the institution. Both shows opened on Saturday, amid Paris Fashion Week, after being delayed several times due to the coronavirus pandemic.

“For this first presentation, we decided to tell two parallel stories: a history of fashion, but also a history of the museum’s collections,” said Miren Arzalluz, director of the Palais Galliera. “It’s a very Parisian history, because it’s mainly a French collection.”

The Galliera is one of the few museums worldwide dedicated to fashion, alongside the Costume Institute at the Metropolitan Museum of Art in New York City, the gallery of fashion at the Victoria & Albert Museum in London, and the MoMu Fashion Museum Antwerp in Antwerp, Belgium. Yet its destiny has been tortuous.

Commissioned by Maria Brignole-Sale, the Duchess of Galliera, to house her vast collection of art, the Italianate building designed by architect Paul-René-Léon Ginain was completed in 1894. Due to legal issues, the duchess ended up donating the art to her home city of Genoa in Italy, leaving the palace with no clear purpose.

In 1977, it was officially designated as the city’s fashion museum. But despite owning a permanent collection of more than 200,000 pieces of clothing, accessories, photographs, sketches, industrial designs and prints, the institution has never had space to show it.

With its exhibition space now doubled, it will be able to alternate between larger temporary exhibitions and rotating displays of its archives.

The inaugural exhibition was originally conceived to mark the 100th anniversary of the museum’s founding act: the donation in 1920 to the City of Paris of more than 2,000 pieces of clothing by the Society of Costume History. They include a dark men’s coat dated between 1660 and 1675, displayed near the entrance.

While Arzalluz’s predecessor, Olivier Saillard, pulled some of the pieces for temporary exhibitions, like “Anatomy of a Collection,” many of them haven’t been aired for a while. In fact, they’re so fragile that some will have to be replaced halfway through the exhibition, which will close for three weeks to allow for the switch.

The outfits are displayed in chronological order, with sections dedicated to men’s waistcoats from the 18th and 19th centuries; 19th-century bustles; couturier Paul Poiret, and the various decades of the 20th century, including the Occupation period during World War Two, richly documented in the museum’s archive.

“We focus on specific themes, because it’s impossible to tell the whole story,” said Arzalluz.

In 1970, Balenciaga became the first house to donate prototypes from its collections to the institution, a tradition that continues to this day.

The bulk of the museum’s acquisitions today are contemporary designs, purchased thanks to the proceeds of the annual Vogue Paris Foundation gala, traditionally held during Paris Couture Week in July.

“The foundation contributes on average 200,000 euros per year,” said Arzalluz. “It’s very important, since our own annual budget for acquisitions is much smaller.”

The purchases are made under the guidance of curator Alexandre Samson, director of contemporary collections at Palais Galliera. “We try to follow scientific criteria of relevance and impact,” Arzalluz said, acknowledging that history might cause some of those choices to be re-evaluated.

While displaying clothes poses many challenges, both organizational and logistical, money remains a perennial concern.

“We have to continue to replenish the collection, maybe more quickly now in order to be able to renew this exhibition, and also to finance the restoration of the pieces so they can go on display. That’s why there aren’t many permanent fashion galleries in the world,” she said.

“We talk a lot [among fashion museums] because we’re all dealing with the same issues and challenges. Having said that, it’s a beautiful project that responds to a real demand from our audience and from the public in general,” she added.

The “Vogue Paris 1920-2020” exhibition makes a useful complement to the designs from the last 100 years, with a wealth of photographs by the likes of Horst P. Horst, Guy Bourdin, William Klein, Helmut Newton, Peter Lindbergh, Mario Testino, and Inez Van Lamsweerde and Vinoodh Matadin.

The show is divided into sections organized by editor in chief, beginning with Michel de Brunhoff and ending with Emmanuelle Alt, whose swan song was the October 2021 issue, celebrating the magazine’s 100 years.

“It’s the end of a story, and it’s quite an unusual coincidence for this exhibition,” said Sylvie Lécallier, head of Galliera’s photographic collection, who curated the display with the help of a contemporary art historian and a researcher in media history.

“The history of the magazine had never been written, because all the exhibitions and publications in the past were organized by the magazine or the [Condé Nast] group itself, telling their own story,” she noted.

Special sections spotlight Yves Saint Laurent and Karl Lagerfeld, who enjoyed privileged relationships with the publication, and Catherine Deneuve and Kate Moss, who scored the record for most covers. The show is set to run until Jan. 30.