"Gabrielle Chanel. A Fashion Manifesto" at Palais Galliera delves into the work of the couturier behind the myth. 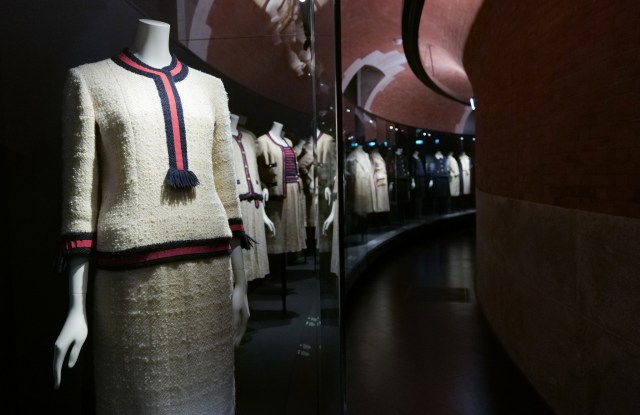 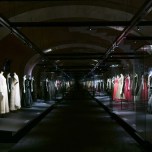 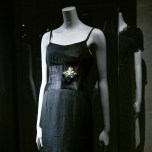 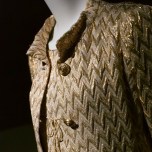 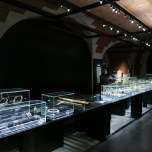 PARIS — Tweed suits, the little black dress, two-tone shoes and quilted handbags: Chanel’s signature codes are as synonymous with French luxury today as they were a century ago, at the risk of obscuring the woman who launched the brand.

A new exhibition in Paris aims to redress the balance, providing the most extensive overview so far of the creations of Gabrielle “Coco” Chanel, who revolutionized fashion with her sleek, fluid designs that helped to liberate women from their corsets.

“Gabrielle Chanel. A Fashion Manifesto,” which opens on Oct. 1, coincides with the reopening of the Palais Galliera fashion museum and the inauguration of its new basement space for permanent exhibitions, sponsored by Chanel. Surprisingly, it’s the first major Chanel exhibition to be staged in the French capital.

“All good things come to those who wait,” said Bruno Pavlovsky, president of fashion and president of Chanel SAS. “A lot of things had to come together for it to make sense.”

The museum’s former director, Olivier Saillard, had approached the French luxury brand with the idea a while back. His successor, Miren Arzalluz, ended up curating the show with Véronique Belloir, head of collections, with Saillard in charge of artistic direction.

“We were absolutely free to create the show we wanted,” Arzalluz said. “We looked at collections in France and overseas to try to understand the Chanel style. We needed to form our own idea of what Chanel style means, because she’s a legend, but there’s also a kind of legend around her designs.”

Chanel’s own touring exhibition, “Mademoiselle Privé,” has familiarized a new generation with the brand’s signatures and Coco Chanel’s personal universe, including her private apartment on Rue Cambon, which is currently undergoing renovations.

“We wanted to analyze the lesser-known aspects of her work. That’s also why we opted against a biographical show,” Arzalluz said. “We decided to focus on her work and we learned a lot, and I think visitors are going to discover a facet of Chanel they didn’t know.”

Pavlovsky said the exhibition differed significantly from the 2005 retrospective at the Metropolitan Museum of Art’s Costume Institute, which included contemporary pieces by Karl Lagerfeld, who was the brand’s artistic director from 1983 until his death last year.

“The Met show was a great success, a superb exhibition. I think this one will be, too,” the executive said. “It’s a different way of understanding, of discovering, her contribution and her style.” 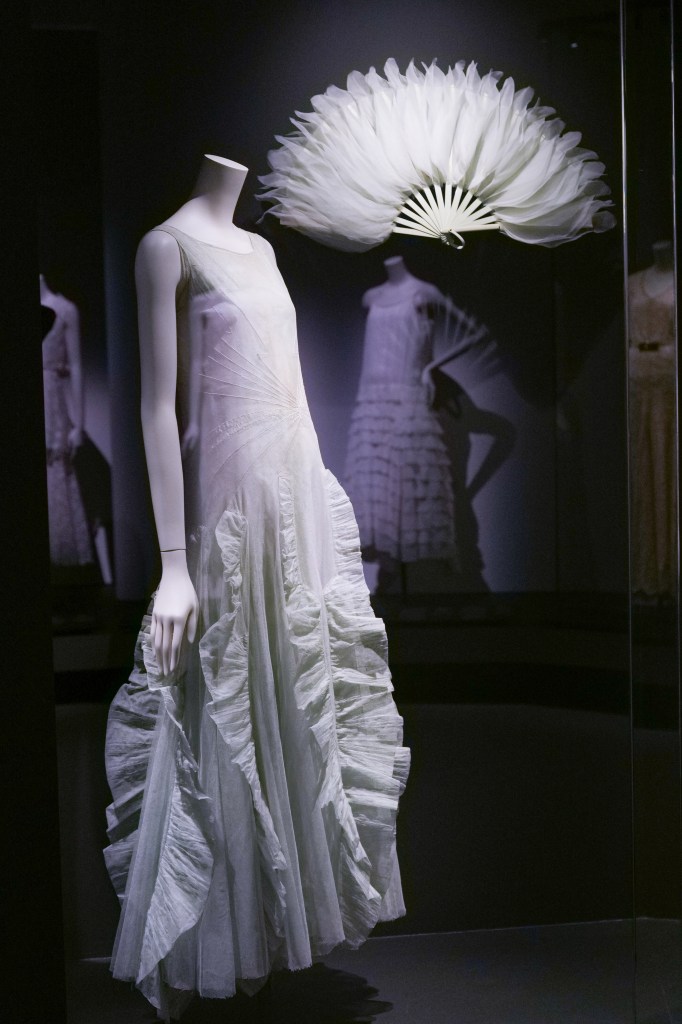 The exhibition features 167 looks designed between 1916 and Chanel’s death in 1971. Of these, 96 are on loan from Chanel’s heritage department, and 43 are culled from Palais Galliera’s collection. The rest were provided by 22 different museums and collectors, though some pieces didn’t make it.

After the opening of the exhibition, originally scheduled in April, was pushed back due to the coronavirus pandemic, the Met was forced to cancel the shipment of more than a dozen pieces. “We had to rearrange the layout a little,” Belloir said.

Other lenders allowed their items to sit in the museum during the lockdown. “Everyone was flexible and pulled together to make this exhibition happen,” reported Arzalluz.

“We dealt with our own conservation challenge. We had to take down some dresses to pack them flat to avoid them staying on the mannequins during all these months of waiting,” she added. “It’s been challenging, but we’re ready and we look forward to presenting the show.”

The exhibition opens with Chanel’s first design, a silk jersey sailor top from 1916 that is a marvel of simplicity. Cut in a flat, geometric shape, it is loosely belted to convey a natural sense of ease. From the start, Chanel’s fashion was about youth, movement and comfort.

“These concepts were really foreign to haute couture, and fashion was very late in adopting the notion of comfort,” Belloir remarked.

Handling the clothes was a revelation for the museum’s teams. “There is a real, noticeable difference in the lightness of the pieces, the way they move, their harmony. That’s not just a myth,” she marveled.

The tweed suits, lined up in a spectacular curved glass case in the basement gallery, were designed to balance form, function and aesthetics. With their featherlight linings, the jackets were as comfortable as cardigans, while sleeves were sometimes stitched together from four separate pieces of fabric to facilitate movement.

“The fact that she was a female designer and wore her own pieces had a major impact on the way she created the clothes technically,” Belloir noted.

She pointed out how the abstract embroidery on a coat was borrowed from a chirpy robe from Turkmenistan, but without sliding into ethnic pastiche, and how Chanel avoided superfluous embellishment by incorporating bows and flounces into the cut of her evening gowns.

“She never followed trends, instead remaining faithful to her principles and the notion that clothes should allow women to be themselves,” Belloir said. “That was her strength, and it’s the reason her style remains timeless today.” 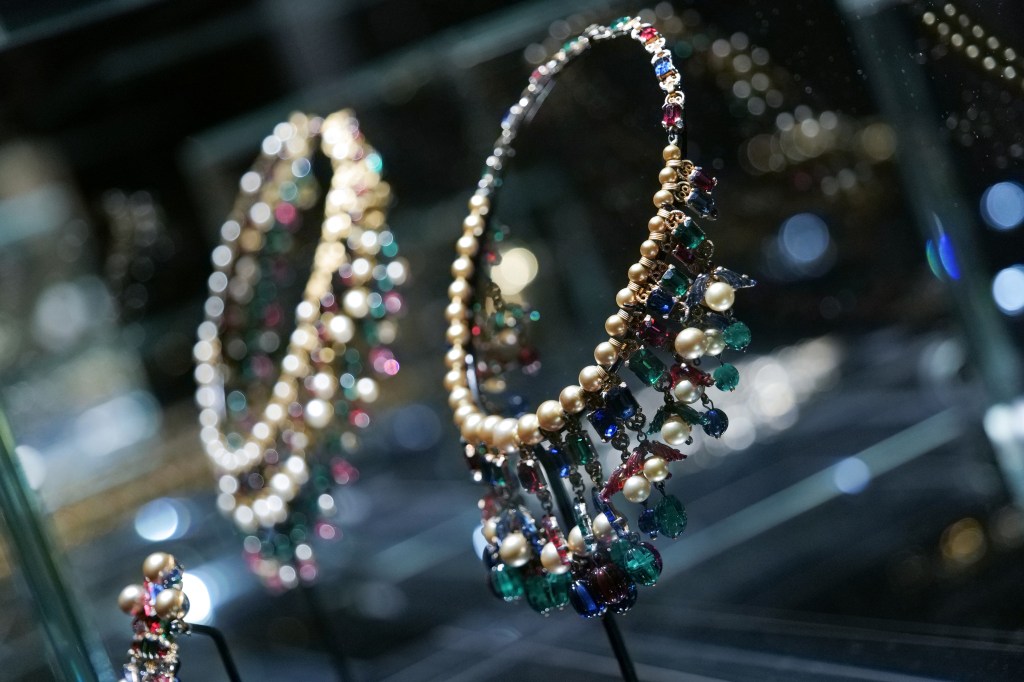 The show features a section devoted to beauty, with a soundtrack of Marilyn Monroe’s famous statement about wearing nothing in bed but Chanel No. 5 perfume. Another evokes Chanel’s 1932 high jewelry collection “Bijoux de Diamants,” of which only two pieces remain, including the “Comet” brooch sitting in a glass display case.

There is a larger section in the basement devoted to costume jewelry. Chanel liked her pieces from Goossens and Gripoix to be as chunky and colorful as her clothes were streamlined and monochrome. Next door, pieces worn by the likes of Delphine Seyrig and Romy Schneider spotlight the brand’s ties with cinema.

In short, it’s a Chanel lover’s dream. “It’s the first time we’ve been able to lend such a large number of pieces,” said Pavlovsky. “Many of them are priceless.”

The timing, admittedly, is less than ideal. Due to sanitary restrictions in Paris, where cases of COVID-19 have flared up in recent weeks, attendance at the museum is limited to 300 people at a time — versus the throngs of locals and tourists the show would have attracted had it gone ahead during an ordinary summer as planned.

“The watchword today is to adapt to any situation. I think it’s important that life goes on, and for us to offer Parisians and people who come to Paris a first-rate exhibition,” Pavlovsky said. And for those unable to travel to Paris, he had good news: “This exhibition will travel.”