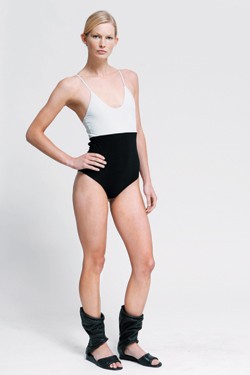 Looking to the works of minimalist artist Agnes Martin, Calvin Klein Collection’s Francisco Costa turned out a lineup that infuses resort’s breezy attitude with a cool of a different kind — the street-smart kind new to his repertoire. Working in neutrals with a touch of shine, he created plenty of easy knits, crisp shirtdresses and sportswear and bold, color-blocked swimwear. Meanwhile, CK Calvin Klein designer Kevin Carrigan offered breezy looks that struck a charming balance between sporty and feminine.

Nina Ricci designer Lars Nilsson was inspired by the sensual atmosphere in Ingmar Bergman’s 1955 film “Smiles of a Summer Night.” That translated into embroidered eyelets, airy lingerie-inspired laces and crisp sundresses. And the design team behind Chloé found its vibe for the label’s pre-spring look in Seventies-era hotel rooms and airports. Extremes are key, such as a silk crepe blouse paired with a mini waistcoat and high-waisted, flared pants.