After comparing designers' fall color choices in New York and London, Pantone Color Institute's executive director Leatrice Eiseman said what was really interesting was to see that "we are really more alike than not." 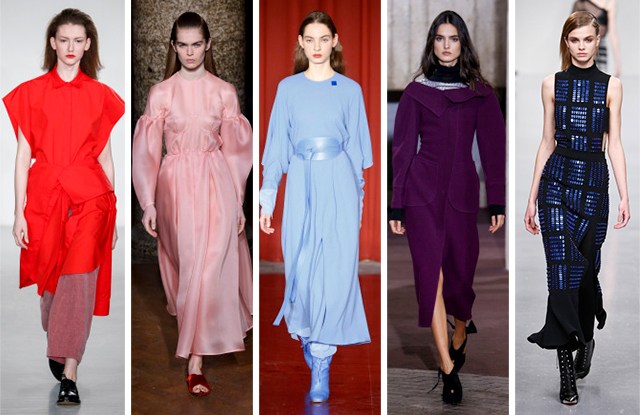 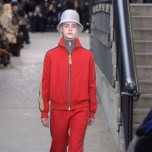 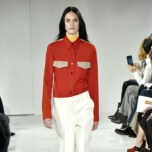 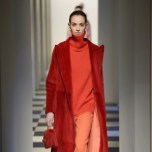 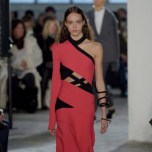 For the first time, Pantone’s fall Fashion Color Report is taking a global spin to reflect how influences on color and design spring from all over the world.

With an underlying theme of warmth and classicism, the top 10 colors found in New York and London reflect how the cocooning trend is enveloping many news-weary, sleep-deprived workers. Michael Kors, Delpozo, Simone Rocha, Derek Lam and Burberry creative director Christopher Bailey picked up the sentiment with some roomy silhouettes and cozy hues. Pantone Color Institute executive director Leatrice Eiseman said, “Cocooning colors are something you just want to wrap around yourself and feel comforted. We live in a time when that’s what we’re looking for.”

In light of the Brexit vote, day-by-day Trump-isms, an unstable worldwide economy, the immigration crisis, pending elections in France and Belgium and the ever-present climate change debate, among other challenges, global citizens have a lot to process. “We don’t live in a microcosm anymore. We’ve known that for a long time. But it was really interesting to do this comparison and see that we are really more alike than not,” Eiseman said. “It’s one thing to talk about and conjecture. But to actually put it down on paper and work out the percentages really makes it that much more credible and real.”

Despite “a commonality of colors,” designers in both New York and London used a certain amount of ingenuity to create all sorts of unexpected combinations. And almost all of the colors are expected to become more relevant as Milan Fashion Week begins and Paris will soon follow.

New York Top 10
1. Grenadine 17-1558: Calvin Klein, Marc Jacobs, Victoria Beckham and Proenza Schouler were in this camp during New York Fashion Week. Eiseman said, “You have to feel very self-assured. You walk into a room wearing red and you know you’re going to get attention. If you wear a red lipstick or red nail polish, wherever you use it, you know it’s an attention getter.”
2. Tawny Port 19-725: An inkling to get out the goblets seems to be resonating with designers such as Anna Sui and Public School’s Dao-Yi Chow and Maxwell Osborne. Eiseman described it as “elegant, sophisticated, tasty and tasteful but not quite as serious as going into a black or dark gray.”

3. Ballet Slipper 13-2808: One of the few top 10 fall colors that was used for head-to-toe runway looks, this blushlike shade cropped up in collections by Ralph Lauren, Carolina Herrera, Lela Rose, Adam Lippes and Marchesa. “Everybody knows now you can do some interesting things with pink and you’re always going to look healthy with pink — no question,” Eiseman said.
4. Butterum 16-1341: Designers as diverse as Michael Kors and Jenny Packham went with this classic. “If you think in terms of the liquid and what it tastes like on a cool day in front of a fireplace, it’s very snug, very warming, and makes you feel good,” she said.
5. Navy Peony 19-4029: As “a mainstay of the season,” this dark blue has become more of a year rounder in the color wheel, Eiseman said. “Navy is more approachable whereas black can be very stern.”
6. Neutral Gray 17-4402: Paging Thom Browne, while Monse’s Laura Kim and Fernando Garcia also did their part to reimagine this color. Relative newcomer Taoray Wang added her own twist on Dorian Gray-like lightweight suits and wools. This color choice can also be economically driven in that shoppers tend to choose it for big-ticket items like outerwear and boots to get their money’s worth, Eiseman said.
7. Shaded Spruce 19-4524: Calvin Klein’s Raf Simons and Brandon Maxwell are two of the many fans of this color. “Like the green trees in the forest, this is something that is sheltering and protected. Not as serious as black, it’s also holding on to some of the Greenery, which was Pantone’s Color of the Year [in 2016],” Eiseman said.

8. Golden Lime 16-0543: Prabal Gurung took to this one with a turtleneck for a printed dress. “When we saw designers using this, we thought, ‘Wow, that is a great exclamation point,'” Eiseman said. “It’s another take on green with a slightly different pathway, but one that is a little more fun. People can be slow to take to but once they do, it lends itself to experimentation.”
9. Marina 17-4041: Tory Burch’s “Philadelphia Story”-inspired collection infused this hue in all sorts of ways. As one of the more unexpected shades to find in the top 10, this is “really a cool splash of color, that liquefying shade that adds some interest because you have so many other warm colors,” Eiseman said.
10. Autumn Maple 17-1145: Phillip Lim worked this one into leather pieces. Aside from being a sure sign that fall is upon us, this one relays “an overriding feeling to wrap yourself in the color and feel comforted and nurtured,” Eiseman said.

London Top 10
1. Flame Scarlet 18-1662: “So close to the Grenadine seen in New York, you can’t create a whole new meaning. It has that same idea of being very dynamic, powerful, confident, self-assured,” Eiseman said. Molly Goddard, Ports 1961, Mark Fast and Mother of Pearl showed shades of it.
2. Primrose Pink 12-2904: Like Ballet Slipper, this rosy hue falls into the red family even though it’s not often thought in that way, Eiseman said. “These are colors that are reflective of glowing health.” Christopher Kane, Mary Katrantzou, Emilia Wickstead and Preen by Thornton Bregazzi were a few who appeared to get the memo on this one.

3. Toast 16-1331: As in eating a buttered piece, would be a very English thing to do in Eiseman’s view, and this warm shade is along the lines of Butterum, one used by many New York designers. “They’re very snug and warming. The kinds of thing you might like to do in the fall,” she said.
4. Blue Bell 14-4121: More serene and tranquil than the Marina Blue that was prominent on New York runways, this was another unexpected light blue to find in a fall season.
5. Royal Lilac 18-3531: It has a sense of theatricality and “links beautifully” to a lot of other colors in the palette, Pantone’s color specialist said. Anya Hindmarch interpreted this literally, using the color for lighting on her runway.
6. Otter 18-1018: Jasper Conran taped into this one. “If you look at the historical significance of color in England, for many years browns were considered a country color. You never wore them to the city. That was just not done,” Eiseman said. “That has totally gone away as far as the London fashion report is concerned. In London and in bigger cities in England, you do find that brown has really come into play. So it has an urbanity but it still has that groundedness.”
7. Navy Peony 19-4029: This serves as a dependable and anchoring shade that “essentially take a lot off of black,” Eiseman said, saluting Versus Versace for its use of the color. “We don’t ever talk about black because it’s a given. We know it’s going to be in all the shows.”

8. Copper Tan 16-1338: This tawny russet shade is similar to the Autumn Maple favored by New York designers. Mulberry earned praise from Eiseman for its use of the hue.
9. Lemon Curry 15-0751: This added that exotic, spicy feeling to the London shows that wasn’t present in New York. Using this with Royal Lilac and Otter is a strong color combination, according to Eiseman, who gave London the prize for outperforming New York for combining colors.
10. Golden Olive 16-0639: A darker version than the Gotham designers’ Golden Lime and more aligned to Army green. Eiseman praised Peter Pilotto for his use of this color.