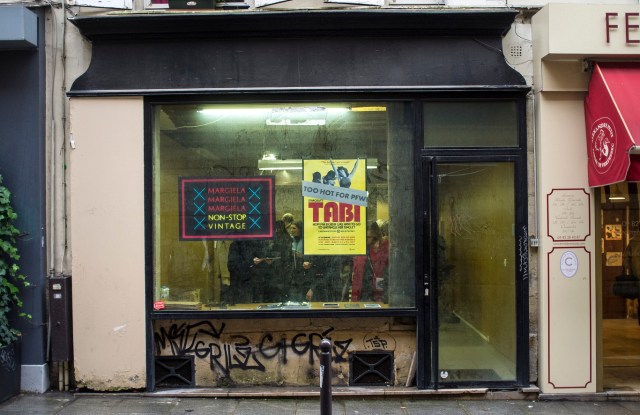 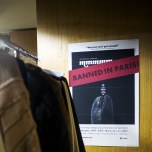 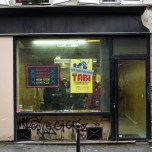 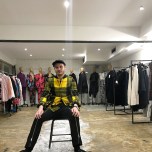 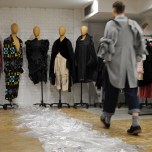 “Maison Margiela asked us not to hold it at the adult cinema,” Byronesque’s chief executive officer and editor in chief Gill Linton said. “We moved to respect those wishes, although we meant [the event] as a celebration of its founder’s attitude.” Maison Margiela — the house was renamed in 2015 — declined to comment, indicating it was not involved with the sale.

The new space was a seedy-looking store, tucked on the side of a church. If buyers were disappointed, it didn’t show. A line snaked around the block on the first day. “People love Margiela, and making it sound like a secret happening helped word spread,” Linton said.

By the second day of the two-day sale, over half of the inventory — covering the 1980 to 2009 period — had sold. Rarity and emotional relevance dictated the prices. Waistcoats — one in leather swatches (artisanal, 2006), the other in leather gloves (artisanal, 2001) — were $2,000 and $10,000. A T-shirt was $400, while a semicouture apron, worn by Björk and shot by Nick Knight, would set a buyer back $8,000. The sought-after tabi boots — a pair sold mint in its original box was priced $3,000 — and anything from the Oversize collection, the jeans in particular, also sold quickly.

A discreet gold door bell in the access ramp of a parking on Rue de la Paix was the only indication of Dot Comme’s “garage sale.” The Melbourne-based vintage retailer held a 10-day event, the second in Paris, presenting pieces from 2002 to 2006, all from La Rosa’s personal collection.

The Australian collector started purchasing during a trip to Japan and never stopped. His collection counts some 2,500 pieces. To finance new acquisitions — he also collects Walter Van Beirendonck, Junya Watanabe and Issey Miyake — he started selling his picks.

His spring cleaning was a goldmine for vintage shoppers. Prices ran from a couple of hundred euros (a pinstripe wrap jacket from spring 2003 was 350 euros, or $370 at current exchange rates) to 4,000 euros, or around $4,700.

There were exclusives to this sale, such as the Comme des Garçons Hommes Plus Stones collection from spring 2006. Business was brisk. “Keeping prices low allows for a higher turnover,” La Rosa said. “It’s nice to see a younger generation wanting the more conceptual items, and being able to afford them.” Speculative purchases don’t phase the retailer, who said his biggest customers were shops.

Interest in conceptual designers among younger shoppers has risen in tandem with the ascent of brands like Vetements. “People and even fashion houses are beginning to realize that garments only increase in value,” Linton said. What to buy now, sell later? “It’s too early to truly tell. Vintage is 15 years — 20, if you’re a purist — but today’s Balenciaga and Molly Goddard come to mind,” she said.

Byronesque is working on a project pinpointing future vintage classics in collaboration with e-tailer Style.com. La Rosa’s Dot Comme, meanwhile, has a pop-up with Opening Ceremony planned in May, to coincide with the “Art of the In-Between” exhibition at the Costume Institute. Customers continue to demand originals, and interest shows no sign of flagging.

“They become aware of the aesthetic and start looking for the originators,” La Rosa said. Linton agreed: “When something is right and relevant, the exposure creates a demand for the original. There is space for everyone.”