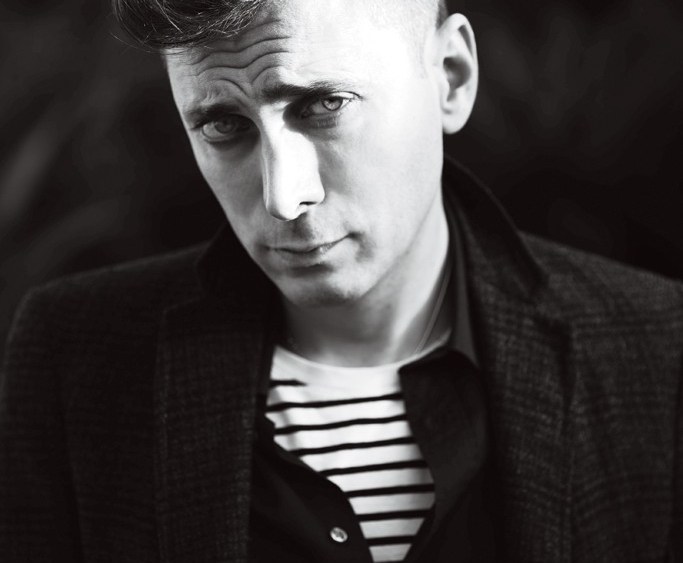 PARIS — If fashion were figure skating, therefore partly subject to artistic judgment, Raf Simons would likely have scored higher overall marks for his ready-to-wear debut for Dior over Hedi Slimane’s for Saint Laurent during Paris Fashion Week—at least among reviewers.

Critics were smitten with Simons’ futuristic takes on Dior’s iconic “bar” jacket and flower shapes, whereas reviews for Slimane’s reverential treatment of smokings (tuxedos) and bohemian dresses were comparatively tepid.

For example, New York Times scribe Cathy Horyn, long a cheerleader of Simons, described his show as “a fantastic treat” that “supplied Dior with the clearest road map for ready-to-wear it has had in years.” Suzy Menkes, fashion editor at the International Herald Tribune, heralded the show as “a triumph of 21st-century modernism” that “exceeded all expectations.”

As for Slimane, he rolled out the unwelcome mat to Horyn and called the critic a “bully” when she reviewed his show from digital images and deemed it a disappointment that “lacked a new fashion spirit.” Menkes was muted in her praise, urging Slimane to “move forward from homage to something more dynamic.”

In a textbook case of the press-retail divide, buyers uttered a collective pshaw at largely lackluster reviews over Saint Laurent and applauded the collection as exciting, enticing and perfectly on-message.

“I think it was only correct that Hedi reclaimed for Saint Laurent Paris what belongs to the maison,”  enthused Mark Lee, chief executive officer at Barneys New York, lauding Slimane for showing “modern, sexy, desirable clothing.”

Adding his voice to the choir of praise was luxury titan François-Henri Pinault, chairman and ceo of PPR, YSL’s parent. “Hedi Slimane did a remarkable job,” he said. “The Saint Laurent collection exceeded my expectations. The house needed both a renovation and a return to its roots, and with Hedi, we have started down that road.”

According to YSL ceo Paul Deneve, retailers put their money where their mouths were. He cited a “tremendous response” in the showroom for the spring collection. “Orders were beyond expectations—and we had great expectations.”

While Deneve declined to give specific figures, he noted that “all the world’s leading specialty stores have taken on the collection” and that department stores that already carried the brand “all expanded their commitment.”

On purely technical merit, YSL and Dior’s new designers both proved themselves to be impressive fashion showmen. For Dior, Simons erected a hulking white tent in front of the gilded cupola at Invalides, and cranked up the volume on techno don Carl Craig. At Saint Laurent, Slimane went for a black box deep inside the Grand Palais, whose ceiling cantilevered dramatically to drop lighting and speakers that boomed rock music remixed deftly by Daft Punk.

Simons and Slimane, both 44, also demonstrated that they each know their way around an atelier. The clothes were up to the finest French standards: precision tailoring in black from both men; a touch more of the flou from Slimane, who surprised with his parade of flowing bohemian maxidresses.

As it was Slimane’s official coming out as a women’s wear designer—he earned his reputation revving up Dior Homme from 2000 to 2007—he could be entitled to a few bonus points for rising to the technical challenge. (Simons had already had seven years of practice with women’s as creative director of Jil Sander in Milan.)

The face-off between the two men’s wear mavericks on fashion’s biggest stage was undoubtedly the juiciest story of the season, preceded by a buildup of hype and an air of secrecy: Neither Simons nor Slimane offered any hints before their collections hit the catwalk.

Simons had already earned plenty of industry goodwill by landing at Dior in April after being unceremoniously ousted from Sander in February. What’s more, he came out smelling like a rose after his couture collection last July, paraded in a Parisian mansion whose walls were carpeted literally with a million flowers.

By contrast, Slimane adopted a phantom profile since landing the plum post last March, choosing to change the name of YSL’s collection and stores to Saint Laurent, and to anchor the design studios in Los Angeles, where he has been based since he exited Dior and pursued a career in commercial and art photography.

Save for one interview, conducted via e-mail, that appeared in the August issue of Vogue Paris, Slimane has maintained radio silence, showing his first designs—women’s cruise and men’s spring 2013 collections—to retailers only last July. The consternation of the media reached a zenith just ahead of the Saint Laurent show, given limited seating that relegated some important editors to the second row, others to standing and some struck from the list altogether. Journalists in attendance were welcomed backstage after the show to greet Slimane, but were prohibited from asking questions about the collection—the kinds of questions that are par for the course behind every other curtain in town.

(The next day, YSL tweeted that “the collection is a mix of haute couture hand-made pieces with ready-to-wear.”)

By contrast, Simons loves talking about fashion, and was effusive about his intentions: “I think it’s interesting to bring part [of minimalism] into the world of Dior, but I also want to make it very sensual and sexual and very free,” he said. “ ‘Liberated’ is probably the most important message.”

The consequence of those divergent communication efforts were reflected in the online world. According to Whispr Group Inc., which analyzed Twitter, Facebook and other Web platforms during Paris Fashion Week for this article, Dior generated a higher volume of conversation and higher sentiment ratings than Saint Laurent.

Although Slimane garnered more mentions during the week, the proportion of negative sentiment was more than three times that of Simons. Still, YSL gained more than twice the number of new Twitter followers than Dior.

According to The Senken’s most recent ranking of the most popular brands among major Japanese shops and department stores, Saint Laurent vaulted onto the coveted list, coming in at number four among international women’s wear designers (behind Celine, Stella McCartney and Acne), and fifth among international men’s wear brands (behind Carven, Lanvin, Umit Benan and Thom Browne). Dior does not appear on either of the top-10 rankings of the Japanese trade publication, though Raf Simons comes in at number seven on the men’s list with his privately held signature brand.

In the end, the battle for Paris wasn’t merely a two-man race.

Some of the most powerful designers in the French capital stepped up their game and produced dazzling collections. Dries Van Noten delivered an exhilaratingly elegant treatise on punk and grunge. At Chanel, Karl Lagerfeld erected 13 giant wind turbines as a metaphor for a collection as weightless, fresh and invigorating as a summer breeze.

“It’s all about lightness, because lightness is not unbearable,” he teased.

In particular, it was exhilarating to watch historic couture brands such as Chanel and Balenciaga project their heritage into the future in energetic and youthful ways.

Declaring a clear winner among all the Paris players is no small feat, and can be measured on multiple yardsticks. Indeed, even comparing Dior and Saint Laurent is an apple-orange situation, given that the scale of the businesses, and the degree of wholesale dependency, vary greatly.

And so WWDCollections decided to chart it out with a scorecard (below).