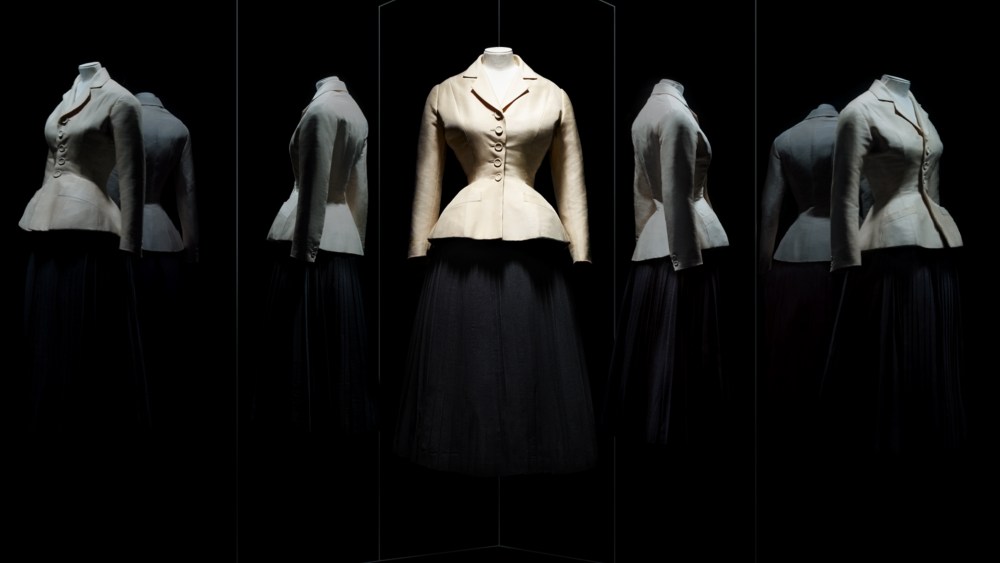 PARIS – To mark its 70th anniversary, Dior is taking over Les Arts Décoratifs for a retrospective that the Paris museum is billing as its largest fashion exhibition to date in terms of size.

“Christian Dior, Couturier du Rêve” (“Christian Dior, Dream Couturier” in English) will feature designs by the house’s founder and the six couturiers who succeeded him, spread over 3,000 square meters, or more than 32,000 square feet, with an elaborate set design by interior architect Nathalie Crinière. It is scheduled to open on July 5 during Paris Couture Week and run until Jan. 7, 2018.

The highlight of the exhibition will be a ballroom inspired by the Hall of Mirrors at the Château de Versailles, featuring gowns — some worn by royals, such as Princess Grace of Monaco and Princess Diana, others by celebrities, including current brand ambassadors Charlize Theron and Jennifer Lawrence — displayed under the arched 50-foot-high ceiling of the museum’s central nave.

In its fashion areas — which in recent years have housed exhibitions including “Dries Van Noten – Inspirations” in 2014 and “Louis Vuitton – Marc Jacobs” in 2012 — Crinière has recreated settings including an art gallery, a street, a boudoir and a garden to highlight the creative themes that make up the Dior vocabulary.

“What makes the Dior exhibition exceptional is that it will be spread across the two main spaces for temporary exhibitions,” said Olivier Gabet, museums director at Les Arts Décoratifs, who curated the exhibition with Florence Müller, who previously worked on the “Esprit Dior” show in Beijing in 2012.

“Rarely has there been a fashion exhibition of this kind. It will go down in history,” Gabet predicted.

The last Parisian retrospective dedicated to Christian Dior, held at Les Arts Décoratifs in 1987, focused on 10 years of the couturier’s designs, from 1947 to his untimely death in 1957.

The outfits on show range from a minimal gray smock dress in speckled wool, designed by Saint Laurent for Dior’s spring-summer 1958 haute couture collection, to a fiery orange kimono with elaborate embroideries inspired by the Ballets Russes, created by Galliano for the brand’s spring-summer 1998 couture show, famously staged at the Paris Opera.

Many of the items are from the Dior Héritage archives and have never before been seen in Paris. Additional pieces are on loan from institutions including the Costume Institute at the Metropolitan Museum of Art in New York, London’s Victoria and Albert Museum and the Fondation Pierre Bergé-Yves Saint Laurent.

The designs will be featured alongside furs by Frédéric Castet, in addition to beauty creations by Serge Lutens, Tyen and Peter Philips and perfume creations by François Demachy. The show will also provide a glimpse behind the scenes, with an haute couture atelier replicating the environment in which seamstresses work.

In all, the exhibition will feature more than 300 haute couture gowns designed between 1947 and the present day, alongside atelier toiles and fashion photographs, as well as hundreds of documents, including sketches, illustrations, letters and advertising.

These will be complemented by accessories including bags, shoes, jewelry, hats and perfume bottles, in addition to a selection of paintings, furniture and objets d’art — reflecting the fact that Dior ran an art gallery before founding his label, collected Art Nouveau and was passionate about 18th-century interior design.

The exhibition opens with the story of his life, and details how it informed his designs, which incorporated references to painting, sculpture, china and furnishing fabrics. Works of art are on loan from the Louvre museum, the Château de Versailles and the Pompidou Center, among others.

“All these creative themes, revisited by his successors so that they have become an integral part of the Dior spirit, are revealed one by one: art and photography, a profusion of colors and textures, austere Parisian elegance, references to the neoclassical decorative style, the joys of exoticism, a fascination for floral motifs, and so on,” the museum said.

“Throughout the exhibition, paintings, sculptures and decorative objets d’art illustrate the couturier’s tastes and sources of inspiration as well as a creative sensibility shared by all the artistic directors who have followed in his footsteps,” it added.

Illustrating these strong ties, the ballgown section features a dress named Soirée Brillante, which Dior presented at the Musée des Arts Décoratifs in 1955 to coincide with an exhibition of pieces by leading 18th-century French cabinetmakers.

“Christian Dior was one of the people who lent objects to the exhibition, and the presence of his designs turned the inauguration into a fashionable and elegant cultural event,” the museum noted.

“On that Wednesday, 30 November 1955, the Dior models strolled around the show in evening gowns, posing among the pieces of furniture and objets d’art. The event clearly demonstrated the natural part women’s adornments play in the applied arts and the importance of the role played by Christian Dior in the history of the decorative arts,” it concluded.