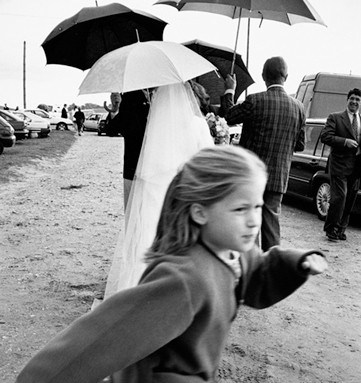 ROVING EYE: During his long career as head of Hermès, Jean-Louis Dumas, who stepped down in 2006 due to illness, snapped thousands of photos on his Leica during his many travels around the world. Around 100 of those black-and-white images are on display at Paris’ Maison Européenne de la Photographie. It is the first museum exhibition dedicated to Dumas’ work. German editor Steidl is publishing a tome to coincide with the show, which runs through Oct. 26.

A SENTIMENTAL STORY: Place Vendôme jeweler Chaumet is hosting an exhibition devoted to “sentimental” bijoux in its salons overlooking the famed Parisian square. Curated by Beatrice de Plinval, the show, which was four years in the making, features an exquisite lineup of jewels from the Renaissance to the Belle Epoque. Each jewel was selected for its rarity and ability to illustrate the history of romantic jewelry through the ages. Unsurprisingly, many boast impressive provenances, including the royal collections of Holland and Denmark. The latter shared an earring made from pieces of shrapnel that wounded Christian IV of Denmark. The piece, a national treasure conserved in Rosenborg Palace in Copenhagen, is so precious that only one of the pair was sent for the exhibit.

ELYSIAN NIGHTS: The Champs-Elysées has two new trendy spots. La Païva restaurant, decorated by Jacques Garcia with his signature rich touch, offers a large choice of cocktails and traditional French cuisine. On Rue Lincoln, next to Ladurée, the tearoom has opened Ladurée Bar, which caters to a discerning clientele with caviar, lobster or organic salmon. Roxane Rodriguez designed the hot spot.

KID’S CORNER: Small is beautiful for Cordelia de Castellane, who has opened a shoe-box kids’ shop on the Rue du Bac called CdeC that offers children’s clothes from six months to 12 years at affordable prices and practical styles. Carrying an assortment from accessories to winter coats, the label boasts celebrity clients like Caroline Barclay and Sophie Sarkozy. While many of the brand’s pieces are unisex, a Bohemian/Parisian-chic theme is incorporated in most ensembles.

ART ANYONE?: The City of Light never lacks creative ways to brush up on history or culture. The Jeu de Paume’s first annual fashion film festival, “A Shaded View on Fashion Film,” promises to be a necessary tutorial before the week of shows. For a taste of the ancient Orient, the Musée Cernuschi has a show based around Japanese courtesans. The Cartier Foundation is hosting the crushed cars and giant thumbs of sculptor Cesar, while art collector and dealer Axel Vervoordt juxtaposes old and new in “Academia: Qui es-tu?” at Ecole des Beaux-Arts. For those desiring a taste of the U.S., the Henri Cartier-Bresson foundation is featuring works from Walker Evans. And in a unique look at German Expressionism, the Grand Palais is holding a first-time retrospective of Emile Nolde. All-night cultural festivities will be held throughout the city for the Nuit Blanche, or White Night, festival on Oct. 4.

COUTURE SWEETS: Even the pastry world can’t escape the hyperluxury trend. Pierre Hermé, who has opened a store on Rue Cambon, now makes so-called haute couture macaroons. For 5,000 euros, or $7,300, Hermé can create a unique recipe for each client. Viktor & Rolf already have put in an order. Meanwhile, three-star Michelin chef Alain Passard has starting offering a takeaway apple pie. Each apple is carved in the shape of a rose.

FOOT STOMPIN’: The new hotel designed by Philippe Starck, Mama Shelter, is located in the bohemian 20th arrondissement. It boasts 172 comfortable rooms priced from 79 to 299 euros, or $115 to $435. All rooms are equipped with luxury bedding and iMacs, and the restaurant is overseen by renowned chef Alain Senderens. In line with the neighborhood’s hippie style, Mama Shelter offers yoga classes, live concerts and electrical scooters for rent.

COOPER COUTURE: British denim brand Lee Cooper is celebrating its 100th birthday with a collection far removed from its workwear roots. The label tapped designers from Giles Deacon to Paco Rabanne to create 100 one-of-a-kind denim pieces, which will be exhibited at Parisian auction house Drouot Montaigne this weekend ahead of a gala sale on Monday. Highlights include Deacon’s high-necked dress embellished with a Swarovski crystal crucifix, a jacket with the Rolling Stones’ iconic lips motif sewn in gold by Jade Jagger and Rabanne’s metallic denim minidress. Other pieces include a sofa made from teddy bears by Jean-Charles de Castelbajac plus a Land Rover with blue leather interiors by Cooper. The firm hopes to raise 500,000 euros, or $719,000, for Designers Against AIDS and the French Red Cross. The exhibition takes place Friday through Monday, with the auction at 8 p.m.

ORGANIC FEAST: Mixing ingredients like wasabi, sake and soy, a new Left Bank beauty boutique sounds more like a sushi bar than an organic skin care line. Inspired by Japanese and French beauty rituals, Mon Soin du Visage, or My Facial Care Treatment, offers quality organic ingredients including its patented blend of wasabi and sake, used for their purported antioxidant and antiaging qualities. After studying skin care in India, creator Seri Kimura founded the brand, whose products, ranging from 60 to 220 euros, or $85 to $312, are manufactured in France to reduce their carbon footprint. Open Tuesday through Saturday from 11 a.m. to 7 p.m.

STYLISH SUITE: With a chic address and a discerning clientele, Suite 114 is one of the city’s new boutiques. It carries hot designers like Phi, Phillip Lim, Zac Posen, Richard Nicoll and Jonathan Saunders, who, according to owner Eric Denel, is one of the bestsellers alongside Preen. Situated on the Rue du Bac in the 7th arrondissement, the boutique was conceived to give the feeling of entering an exclusive hotel suite, with a cream spongy carpet, contemporary appointments and chairs and rails of meticulously picked pieces from designer collections.

CHANGES: At the Espace Culturel Louis Vuitton just off the Champs-Elysées, the brand is hosting an exhibition of 11 Korean artists. Titled “Metamorphoses — Trajectoires Coreennes,” the show promises to be a colorful and thought-provoking look at the history as well as the future of South Korea through the eyes of contemporary artists. Issues of identity, political instability and globalization resonate throughout. The show includes one French artist, Nicolas Moulin, who presents a piece inspired by architecture in North Korea. It runs Oct. 2 to Dec. 31.

WEAR BLACK: The Centquatre 104, or One hundred and four 104, Paris’ new industrial show venue situated in the 19th arrondissement, harbors a spooky past. The gargantuan site, due to be baptized next week by the Alexander McQueen and Martin Margiela shows, is a former funeral parlor dating from the 1870s. Covering 400,000 square feet, its new role will be to offer residences and ateliers for contemporary artists from multidisciplinary domains, including dance and cinema. A free concert by Tricky will mark the site’s official opening on Oct. 11.

HORSE SHOW: Paris wouldn’t be Paris without its lingerie. And now Holland’s Marlies Dekkers is out to put her own quirky stamp on the game. The flamboyant lingerie designer, who is due to open her first U.S. store in the New York Plaza Hotel this fall, will stage her True Love Story show at the Palais de Tokyo Sunday night, sprinkled with a handful of ready-to-wear pieces. One of the lines, Riding Gear, is inspired by Steven Klein’s shoot with Madonna for the June 2006 edition of W magazine. Word has it live horses will also be a part of the act.