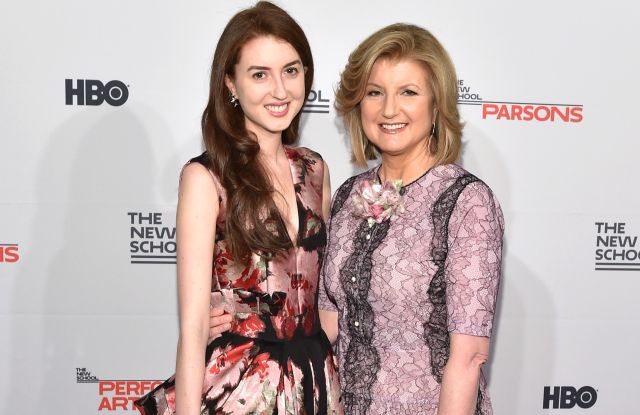 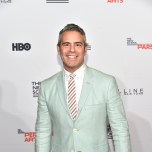 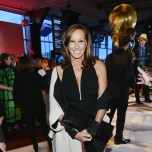 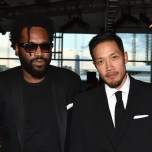 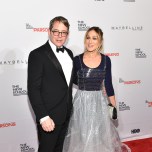 “Do you wanna talk about [how I feel] showing up at a black-tie event in a mint suit?” Andy Cohen said as he walked into Pier Sixty on Monday night for the Parsons School of Design’s 68th annual benefit and fashion show. “Humiliated.”

Cohen, the executive producer of Bravo’s “Watch What Happens Live” — and the evening’s master of ceremonies — later joked that he thought the event’s “creative black-tie” dress code was “creative Kentucky Derby.” In addition to playing host, he was on hand to support his best friend Sarah Jessica Parker, one of the event’s four honorees alongside Donna Karan, Beth DeWoody and Arianna Huffington, all of them highlighted for their work in performance, design and social change, respectively. “Every time I get to hang out with SJP is a special occasion,” he said. “[Tonight’s honorees] are each exceptional game-changers in their respective fields….They’re [wickedly] smart and fiercely committed to being awesome human beings.”

This year marked the first time that Parsons, which is part of The New School, joined forces with the College of Performing Arts on its annual benefit, which raises money for student scholarships. The collaboration was reflected in the mammoth scale of the event — which drew a mix of celebs, designers and fashion execs including Matthew Broderick, Rupert Friend, Steven Kolb, Wes Gordon, Maxwell Osborne, Dao-Yi Chow, Chris Benz, Adam Selman, Mel Ottenberg, Michelle Ochs, Patrick Robinson, Paul Andrew, Gabriela Hearst, Tanya Taylor, Ryan Roche, Jennifer Fisher and Yeohlee Teng — as well in the live musical performances by, among others, jazz musician Linda Briceño and the New School Carnival Caravan Brass Band. During the cocktail hour, most guests could be found drinking, smoking and taking sunset selfies out on the waterfront pier.

As dinner got under way, Joel Towers, Parsons’ executive dean, issued special thanks to two heavy-hitters in the room: Henry Arnhold, a member of The New School’s board of trustees, and Kay Unger, chairman of the board of governors at Parsons, both of whom donated gifts of $7 million each to the university. Later, 25-year-old Isabella Huffington stepped up to the podium to present an award to her mother, praising the media mogul’s resilience, strength and perseverance. “When my mom [Arianna] launched The Huffington Post in 2005, a media critic at the time compared it to the movie equivalent of ‘Gigli,’ ‘Ishtar’ and ‘Heaven’s Gate’ all rolled into one. Now, those were all a bit before my time, but I’m assuming that wasn’t a compliment.”

In her thank-you speech, Parsons alum — and noted draper — Donna Karan admitted that she flunked draping as an undergrad. “I had to go to summer school,” she said. “I’m a little obsessed with showing Parsons that they taught me how to drape.” Karan also referred to herself as an early adopter of the cold-shoulder trend, giving a shout to WWD in the process: “I’m honored that after Women’s Wear Daily killed me on the cold shoulder many years ago, that it has finally hit the fashion trends. You can [always] expose your shoulder because it’s a guaranteed place that you will not gain weight,” added the designer, who was wearing a belted black halter jumpsuit that showed off her very own.

Parker, meanwhile, accepted her award wearing a translucent studded Valentino gown as the “Sex and the City” theme song played in the background. The actress, introduced by her friend and tailor Lars Nordensten, will accompany three bidders — who paid $10,000 a pop — to Bloomingdale’s on a shoe shopping spree to benefit Parsons.

Later, Christie’s auctioneer Lydia Fenet achieved the seemingly impossible when she commanded the full attention of the chatty room, during which no one was spared from her razor-sharp humor. “This is a really random item, and I’m just gonna say that up front,” she said during the auction, referring to a horse-themed book handcrafted from gold, which eventually sold for $8,500. “All joking aside, it takes 15 people to make each of these books, and they are currently owned by the following people: Queen Elizabeth II, Pope Francis…the Presidential library has one…George Bush has one, as does Vladimir Putin. [So if you buy this]…you, Queen Elizabeth II, Vladimir Putin and George Bush will all have the same thing. And that you cannot say about a lot of things in your life.”

As guests started to summon Uber rides out of Chelsea Piers, Unger hopped on stage to reveal one last bit of news: the honoree for Parsons’ 2017 benefit gala will be Neiman Marcus Group, which is slated to open its first-ever Manhattan location in the Hudson Yards in the fall of 2018.