PARIS — The house of Jean Patou is changing its name to simply Patou as it prepares to present its first collection in September.

Unveiling the brand’s new logo and brand identity exclusively to WWD, Patou’s artistic director Guillaume Henry and chief executive officer Sophie Brocart said the aim is to introduce the label to a new generation who may have never heard of the Jazz Age couturier and his most famous creation, the perfume Joy.

“From a fashion standpoint, it’s been dormant for 30 years, and 30 years is a generation. The analysis is clear: The brand speaks to a certain generation, but for a new generation, we could only relaunch it if we approach it like a start-up,” Henry said in an interview at Patou’s headquarters in Paris.

The brand is set to unveil the logo today alongside a poem and the first of five short videos, directed by photographer Philippe Jarrigeon, designed to convey its values of optimism and generosity. “Patou is a promise of chic and tongue-in-cheek,” the poem reads.

“We wanted the font to have a couture, feminine twist with little strokes that look almost like eyeliner,” said Henry, noting the O is slightly larger than the other letters. “It’s like an exclamation. The brief was simple: timeless, couture, gourmand and generous, which also sums up our fashion.”

Luxury conglomerate LVMH Moët Hennessy Louis Vuitton revealed last fall that it was reviving the brand founded in 1914 by the dashing Patou, considered in his day as the main rival of Gabrielle “Coco” Chanel, with a client list that included silent film star Louise Brooks and cabaret performer Josephine Baker.

Patou was an innovator in many ways: the first designer to put his initials on clothes, and one of the earliest to launch a diffusion line, promote sportswear and push accessories. But when Henry and Brocart started out, there wasn’t even an archive to work from.

“Last September, we had no address, no equipment. We didn’t even have pins. We’re relaunching the brand, but it’s like we’re starting from scratch. We’re working off the heritage, but writing a new story. It’s an extraordinary opportunity, and it’s quite unique,” Henry said.

The pair met with museum curators and private collectors to find out more about the brand.

“I thought Patou was about sportswear and a couple of perfumes, but it’s so much more than that. He was active for 30 years and during that time, he went from the tube dress to all-out Hollywood glamour. He dressed the key women of his time and had a private life worthy of a Golden Globe-nominated movie,” marveled Henry. 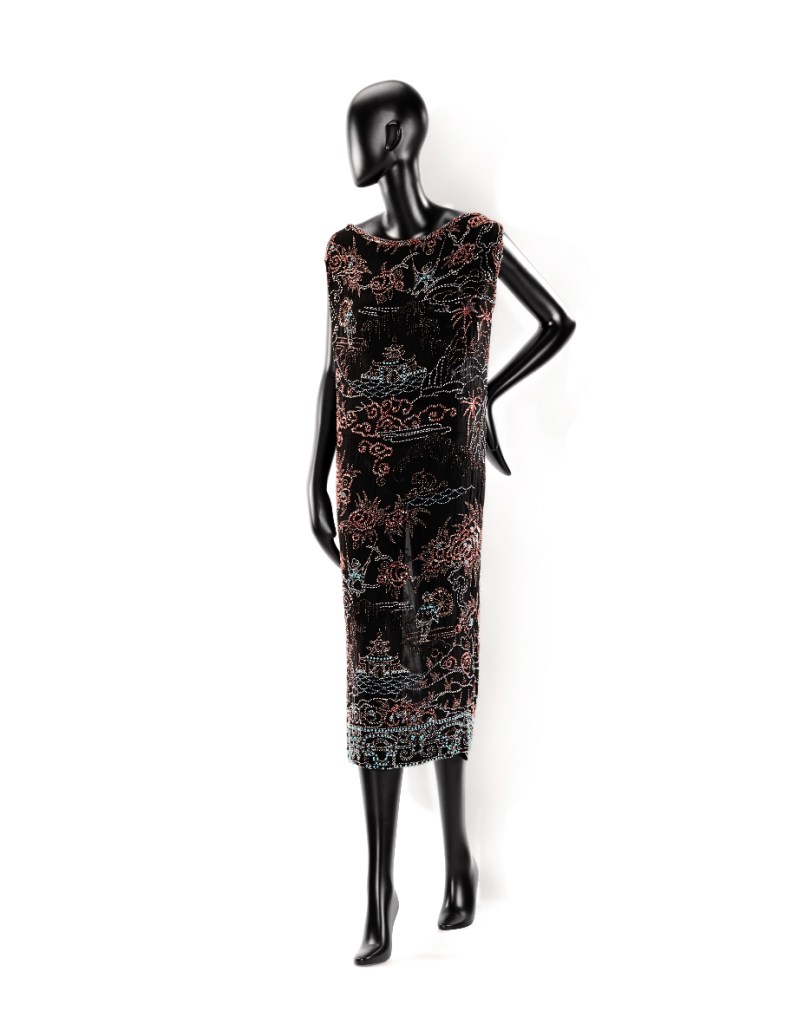 In January, the brand moved into its offices on the Ile de la Cité, the island on the Seine that is home to Notre Dame cathedral and is better known for its tourist brasseries than for its fashion credentials.

“We wanted somewhere that was truly Parisian but without being overly luxurious,” Henry said. “I wasn’t born in Paris, so I grew up with a fantasy vision of the city and here, I get to live it every day.”

In the 17th century, the location was home to La Gazette, the first newspaper printed in Paris. Rebuilt in the 19th century in a neo-Gothic style, featuring elaborate wood paneling and arched ceiling beams, the building was successively home to a private girls’ school and a gambling hall. “We still have the safe downstairs,” Henry noted.

Patou occupies three floors of the building, including the ground floor, where it has set up its workshop, which is visible from the street.

“In the majority of houses, the atelier is a little hidden as it’s the hub of the brand’s expertise. By contrast, we really wanted it to be outward-facing, a little bit like when you see the chef cooking in the middle of a restaurant,” Henry said. “I love it when I see tourists taking pictures from the street outside.”

It’s part of an ethos of accessibility that is one of the foundations of the brand, which will be positioned in the advanced contemporary bracket, according to Brocart.

“What we liked about Guillaume Henry’s approach was that, when talking about Patou, he told us he wanted to dress his friends. That’s also how Jean Patou started out,” she said. “We have a couture approach, but we spend a lot of time developing the product so that it’s priced in a way that Guillaume’s friends can afford it.” 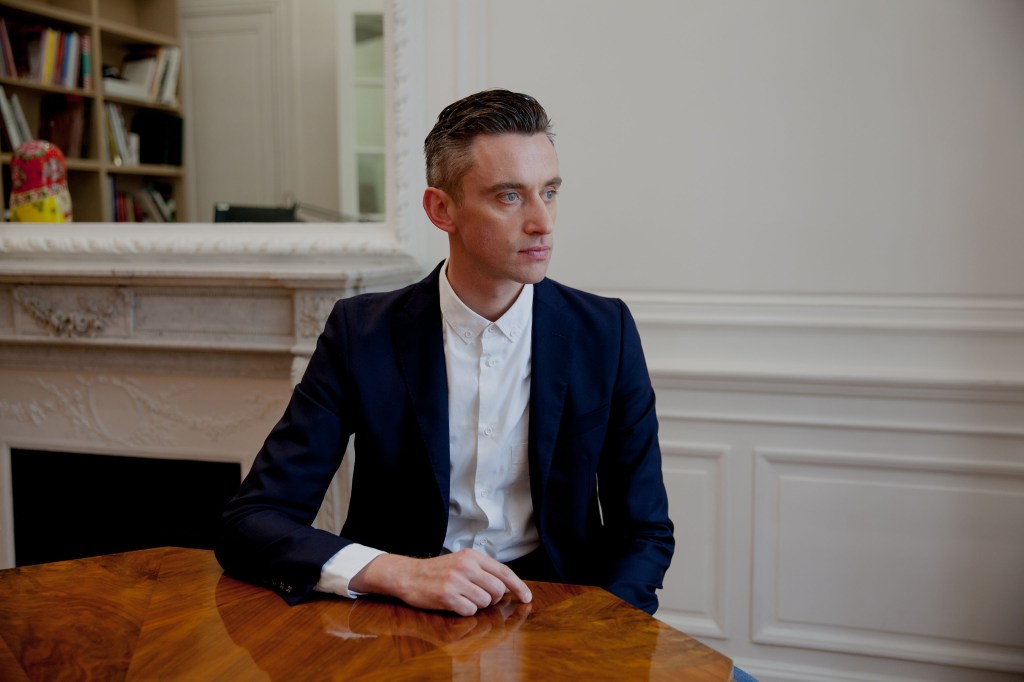 The connecting offices are furnished with recycled wood desks and shelves, alongside vintage items — a setup that encourages communication among the label’s staff of 20 and reflects the brand’s commitment to sustainability.

“We prefer to produce fewer clothes that are very well made rather than huge collections where, at the end of the day, not every item has received the love it deserves,” Brocart said.

On Henry’s mood board for the first collection, which will be presented to buyers in June, were images of works of art from antiquity, ranging from marble busts to Etruscan pottery, though he said he would not be switching themes every season.

“Patou will be a little different because we’re taking a generous approach. There is a lot of diversity in each collection,” he explained. “It’s much more spontaneous and less linked to seasonal themes. A piece of Patou clothing can be worn a few seasons later without looking out of date.”

LVMH acquired the Patou brand from London-based Designer Parfums, whose founder and ceo Dilesh Mehta was looking for a partner to revive the fashion house.

Sidney Toledano, chairman and ceo of LVMH Fashion Group, found in Henry a designer with a solid CV, having forged his reputation by revving up Carven as a contemporary label with a bold, young and accessible approach to Parisian chic, before serving as creative director of Nina Ricci for three years.

Brocart, senior vice president of fashion ventures at LVMH Fashion Group, joined from Nicholas Kirkwood, where she held the position of ceo since 2015. The executive has been a key behind-the-scenes talent scout at LVMH, where she has mentored the winners of the annual LVMH Prize for Young Designers.

“Patou was above all a man of culture, and I think Guillaume is also a man of culture,” she noted. “He’s also a designer capable of taking a piece of clothing from initial sketch to final prototype with a great degree of precision. This attention to product is very much in the spirit of Patou.” 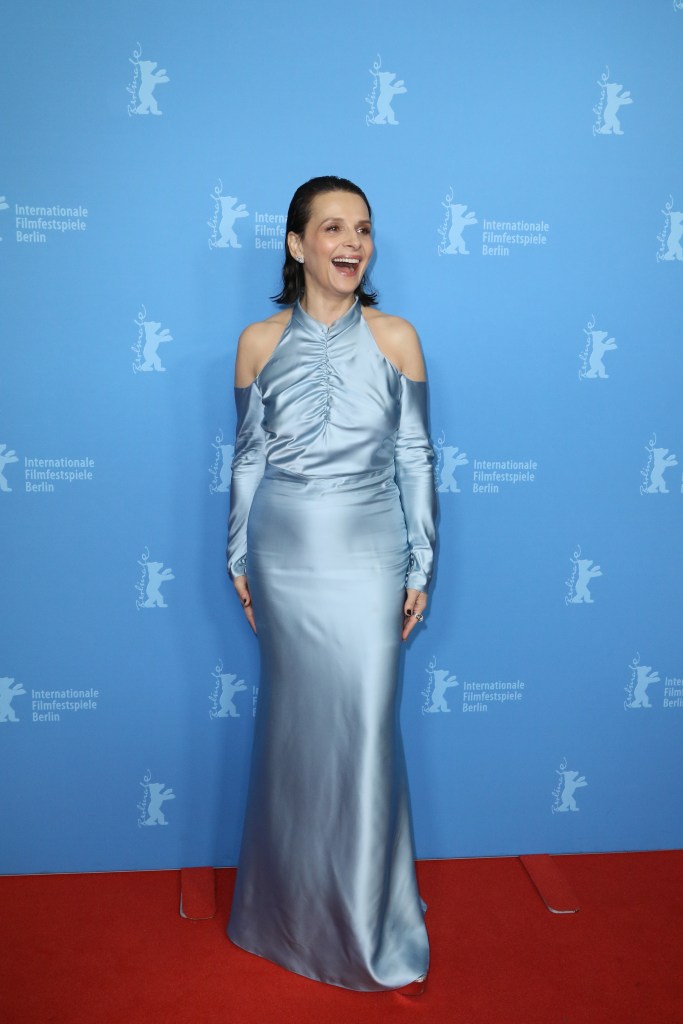 Henry’s first design was a light blue silk gown he made for Juliette Binoche to wear to the Berlin Film Festival in February. The videos give glimpses of looks from the spring 2020 collection: a navy peacoat with the Patou initials in gold braiding on one sleeve, and a Sixties-style black satin cocktail dress with a ruched skirt.

Notwithstanding his admiration for the house’s founder, Henry said he doesn’t feel tethered to Patou, noting he is equally inspired by the designers who succeeded him at the helm of the house — among them a young Karl Lagerfeld and Christian Lacroix, who was creative director when the label shuttered its fashion division in 1987.

Which brings us to the question of dropping Patou’s first name. Was Henry concerned he would be accused of usurping the founder, as Hedi Slimane was when he took the Yves out of Saint Laurent?

“We did ask ourselves the question, but objectively, Jean is everywhere because we talk about him all the time,” he said. “Jean Patou was a brand associated with a designer. We are keeping just the Patou brand name, but the man is present in everything we do.”

The house plans to celebrate the spirit of its founder, who was famous for his pithy quotes and for innovations such as installing a bar in his salon to serve alcohol to customers during fittings. But it hopes to be very much of its time, with the planned launch of a web site later this year taking precedence over any store openings.

Likewise, Henry is mulling the format of his presentation in September, which he hopes will crystallize the values of the house. “People today are into experiences. Patou has to become an experience. It’s no longer enough to just make a nice jacket or coat,” he said.