Paul Smith Fashion Timeline: All Those Years Ago

A look back at Paul Smith's path to power, in fashion, retail and business. 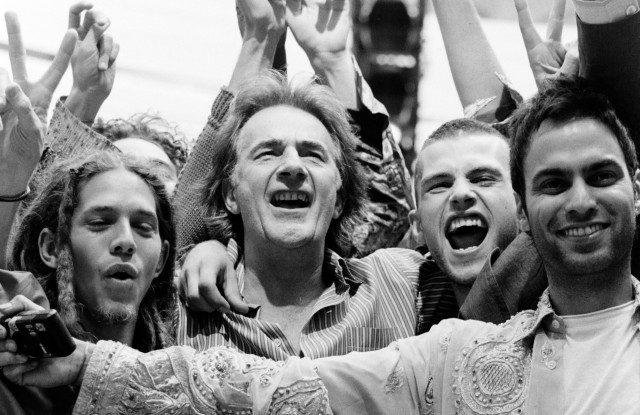 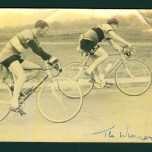 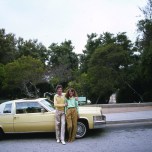 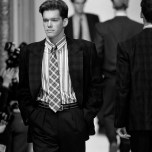 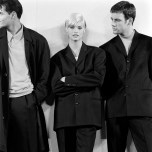 • On Oct. 9, 1970, Paul Smith opened his first store in Nottingham at 6 Byard Lane, where he stocked his own shoes, trousers and blazers alongside men’s wear from other brands. The store, which was called Paul Smith Vêtements Pour Hommes, was just three square meters, or 32 square feet, in size. Smith ran the store, which was only open a few days a week, with his Afghan hound, Homer. After a successful 47-year run, the store shut its doors in 2017. 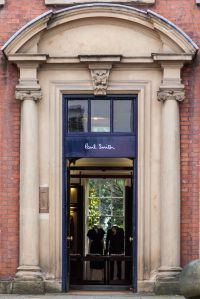 • Six years after opening his store, Paul Smith showed his first collection in Paris. “It was literally four shirts, two pieces of knitwear, one jacket and two trousers,” he said. The designer rented a room in Hotel Odeon, where he laid out his collection on the bed and lit it with a little spotlight on a clip. Despite having han written personal invitations to buyers to check out his display, only one showed up on the last day of viewing.

• In 1979, Smith opened his first London shop in Covent Garden at 44 Floral Street. The original building that housed the shop had been bombed during World War II and rebuilt in the Fifties out of concrete. It was owned by a retired baker. “I was looking to see if I could find a concrete shop because at the time, most were built out of brick and floorboards and were fruit and vegetable stalls,” said Smith, who’d fallen in love with the run-down neighborhood, which has since become a major tourist and shopping hub in London.

• A few years after opening his London flagship, Smith opened three more shops in the British capital in the Eighties. He headed across the Atlantic and opened his first international stores in New York on Fifth Avenue, and signed a licensing deal with Japan’s Itochu, which would later take a minority stake in the company.

• Smith continued on his growth trajectory, opening a total of 60 stores in Japan, a shop in Hong Kong and one in Singapore. He also expanded the business, launching children’s wear, his accessories collection in 1993, and his women’s line in 1994. Later that year, he launched eyewear, luggage and watch collections.

• The designer first showed his women’s wear collection at London Fashion Week five years after the collection’s launch. He continued to add product categories under the Paul Smith umbrella to form a lifestyle brand with Paul Smith men’s and Paul Smith women’s fragrances.

• In 2000, the designer was knighted by the Prince of Wales at Buckingham Palace for services to British fashion. “It’s exciting,” the designer said. “The only problem is that I had to wear a morning suit and I looked like a monkey.” The irrepressible joker in Smith then added: “But at least the sword didn’t slip and cut off my head.”

• In 2003, the designer received major recognition for his work in the industry. Smith won the Menswear Designer of the Year Award and Women’s Contemporary Designer of the Year at the British Fashion Awards. It was also in this year that he decided to share his passion for interior design and launched the Furniture and Things collection.

• Paul Smith’s Melrose Avenue Millennial pink store was an Instagrammable place even before Instagram was invented. Opened in 2005, the brand’s first Los Angeles store spans more than 5,000 square feet and is filled with clothes ranging from women’s wear to men’s wear and accessories. To date, it’s known to be one of the most Instagrammable places in L.A. 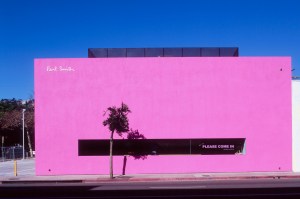 • In 2006, Smith acquired a new business partner in his longtime Japanese licensee Itochu. Itochu bought its 40 percent the stake after the designer’s wife, Pauline Denyer Smith, and the company’s managing director, John Morley, sold their combined shares for an undisclosed price. Smith has always had majority control of the business.

• In 2007, the designer launched a diffusion line, Paul by Paul Smith. He also began establishing his brand internationally — beyond Japan and the U.S. — opening stores in places like Johannesburg, Cape Town, Saint Petersburg, New Delhi and Antwerp.

• In 2010, Paul Smith relaunched children’s wear under the Paul Smith Junior label for both boys and girls. That same year he held an exhibition in Seoul, at the Daelim Contemporary Art Museum titled “Inside Paul Smith” that looked back at the designer’s work.

• In 2013, Smith opened an extended flagship store on the corner of Albemarle Street and Stafford Street in London. The new extension was designed by 6a Architects and it featured cast iron fixtures, railings and a store front based off of the designer’s sketches. The store is split into three areas, women’s wear, men’s wear and a shoe department. Each with custom-made interiors.

• The designer made waves in 2015 when he unveiled “A Suit to Travel In,” a revolutionary upgrade to a classic and traditional style. The suit, which is wrinkle free and easy to move in, made its debut with British Olympic medallist Max Whitlock in a dynamic demonstration. 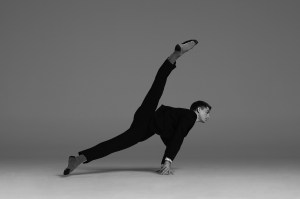 • In 2015, the London Design Museum opened a retrospective, titled “Hello, My Name Is Paul Smith” to honor the man behind the brand. The exhibition re-created both milestones of his design career, such as his first showroom in Paris, as well as giving fans a look inside his everyday life, including re-creating his Covent Garden London office complete with photography, books and his collection of film posters.

• In 2016, the designer received the Légion d’honneur during a ceremony at the French residence in Kensington, London. Established in 1802 by Napoléon Bonaparte, it is France’s highest distinction and is awarded in recognition of both military and civilian merit. That’s a long way from the tiny Paris hotel room, with Smith’s first collection displayed on the bed.