“We’ve never provided clothes for an entire film,” said the designer of his work on the Chris Hemsworth movie opening June 12, which includes a retail collection.

There aren’t many Hollywood films with genuine tailoring tie-ins, but “Men In Black” is one — and Paul Smith is here for it.

The British designer has made bespoke suits for Chris Hemsworth, Tessa Thompson and the other principal and supporting characters in Columbia Pictures’ “Men In Black: International,” opening June 14. Additionally, he’s rolling out a retail collection inspired by the film hitting stores May 22.

“We’ve never provided clothes for an entire film,” said Smith during an interview at his L.A. store with the Insta-famous pink facade, explaining that he was approached with the opportunity by the film’s costume designer Penny Rose. “She’s been coming to us for many years, mostly in the London shop. She’ll usually use six suits here, or two things there. But not 140!”

“He has a very original style that transcends all ages,” said Rose, adding that for the latest installment of “Men In Black,” she wanted “to raise the sartorial bar” for the stars and background players alike. 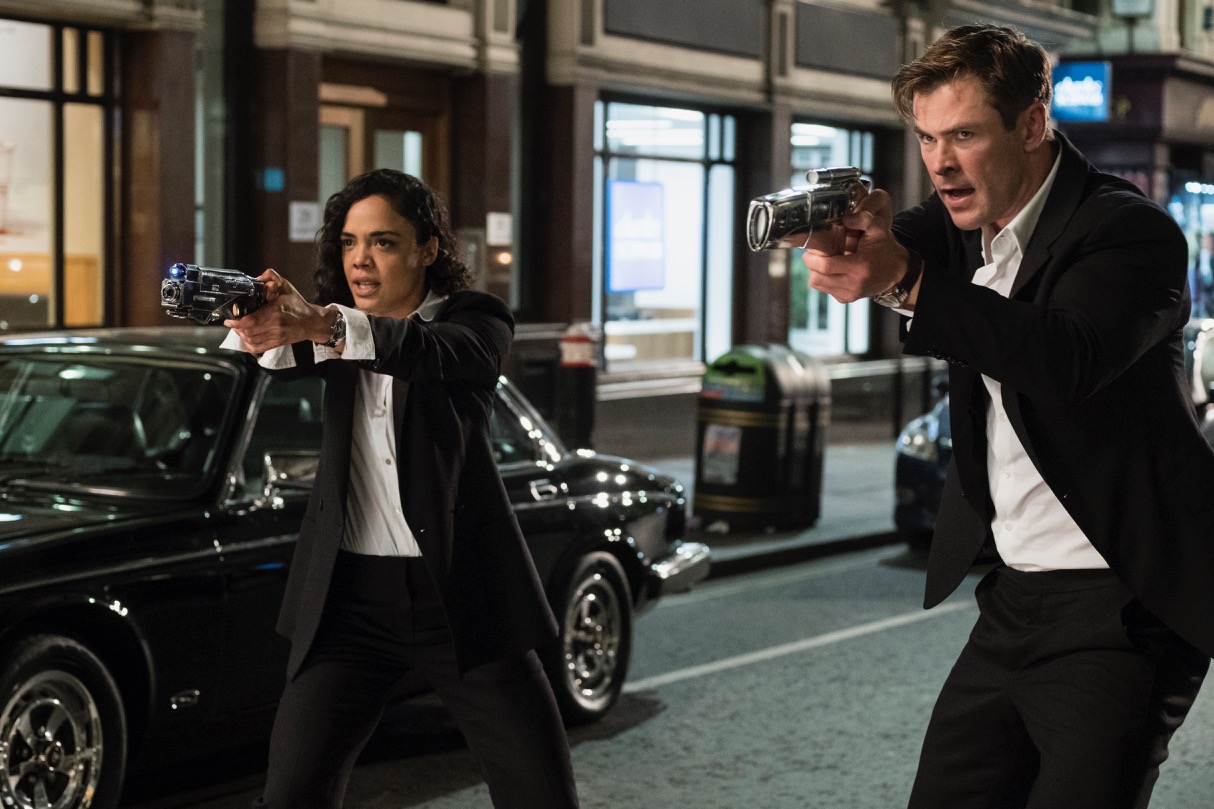 M (Tessa Thompson) and H (Chris Hemsworth) in a scene from the film.  Giles Keyte

Hollywood’s latest haberdashery collaboration follows Mr Porter’s deal with the “Kingsman” franchise to create onscreen men’s wear and commercial collections based on the films, Tom Ford’s suits for Daniel Craig as James Bond, and the Brooks Brothers capsule collection inspired by the 2013 remake of “The Great Gatsby.”

When Smith first heard Rose’s pitch for “Men in Black,” the plaid- and pattern-loving designer admits he was at a bit of a loss. “I said, ‘what are the suits like?’ And well, they are black.” But he was able to give the secret agents his signature personality, adding colorful monster-patterned silk linings in notch-lapel, two-button jackets, and multistripe socks peeking out from Hemsworth’s pant legs.

Both the suits onscreen and available in-store are made of his “A Suit To Travel In” crease-resistant, high-twist wool. “The production people were thrilled because it took less effort to do take 47 on set, it was very practical,” said Smith. The retail collection, $55 to $1,560, also features dress shirts with sunglasses, and pug-shaped button studs, monster-printed hoodies, leather accessories, socks and ties. 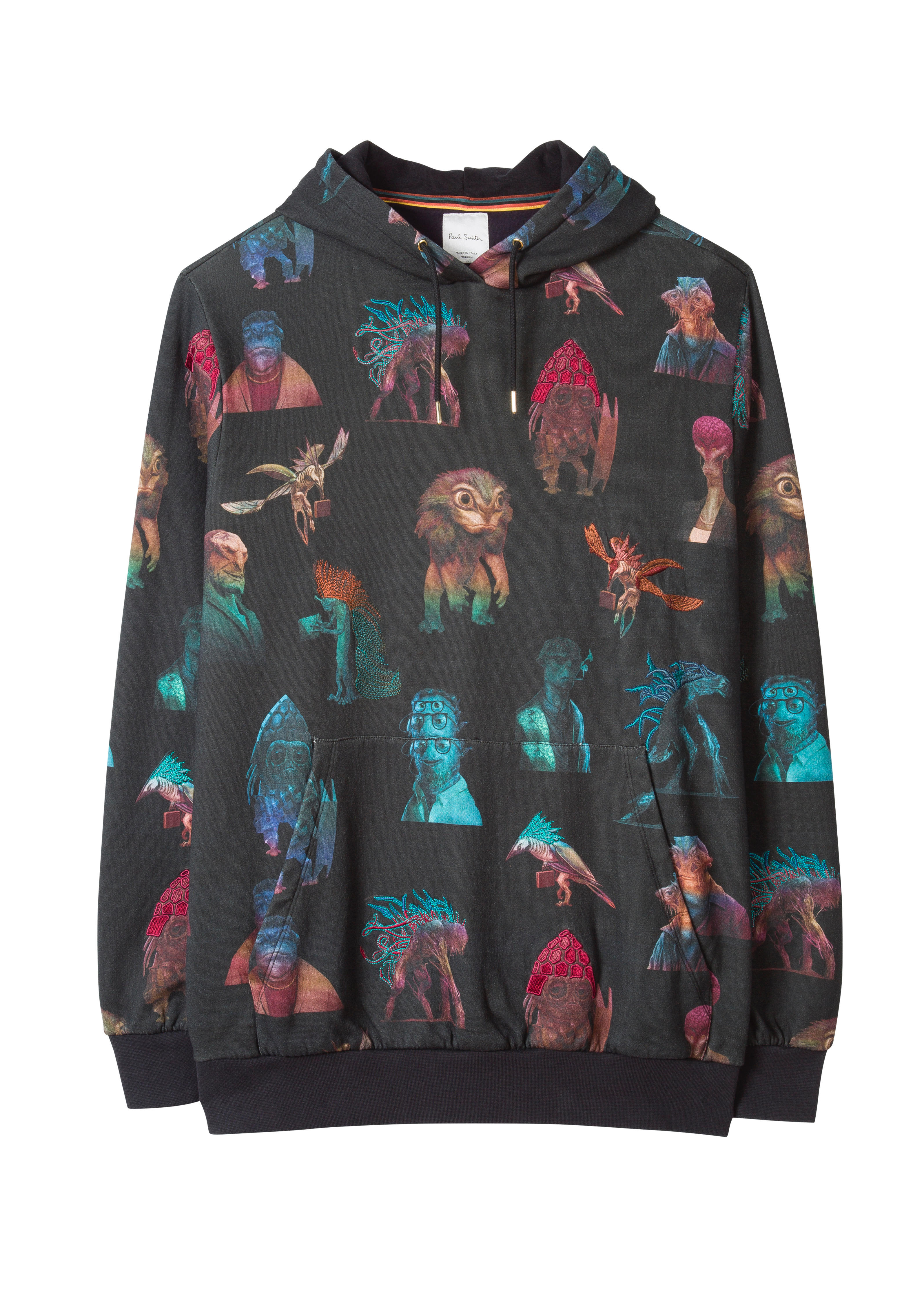 Smith hopes exposure in the film will help boost tailoring for a new generation. “We seem to be selling more suits than ever before,” he said, adding that reports of the death of tailoring are really nothing new. “When I was just starting out in the 1980s, Mr. Armani and I both won the Woolmark Prize around the same time…and we were both asked by the organizers what we could do to popularize the suit again coming off the denim, hippie, punk era,” he remembered.

Not one to let grass grow under his bike wheels, Smith was in and out of L.A. in less than 36 hours to talk about the film and host a dinner with Hollywood friends John Legend and Henry Golding. But he will be back in October to open another store, this one in downtown L.A. on buzzy South Broadway, next door to the 1926 Orpheum Theatre. Of the up-and-coming neighborhood, which has recently attracted new Theory and Everlane Tread stores, he said, “There were a few brave people who were there early like Ace Hotel and Aesop. And Apple is coming. It is slowly growing and luckily a lot of the homeless people are being rehoused. It will change. Some of the buildings and the old facades from the theaters are amazing.” 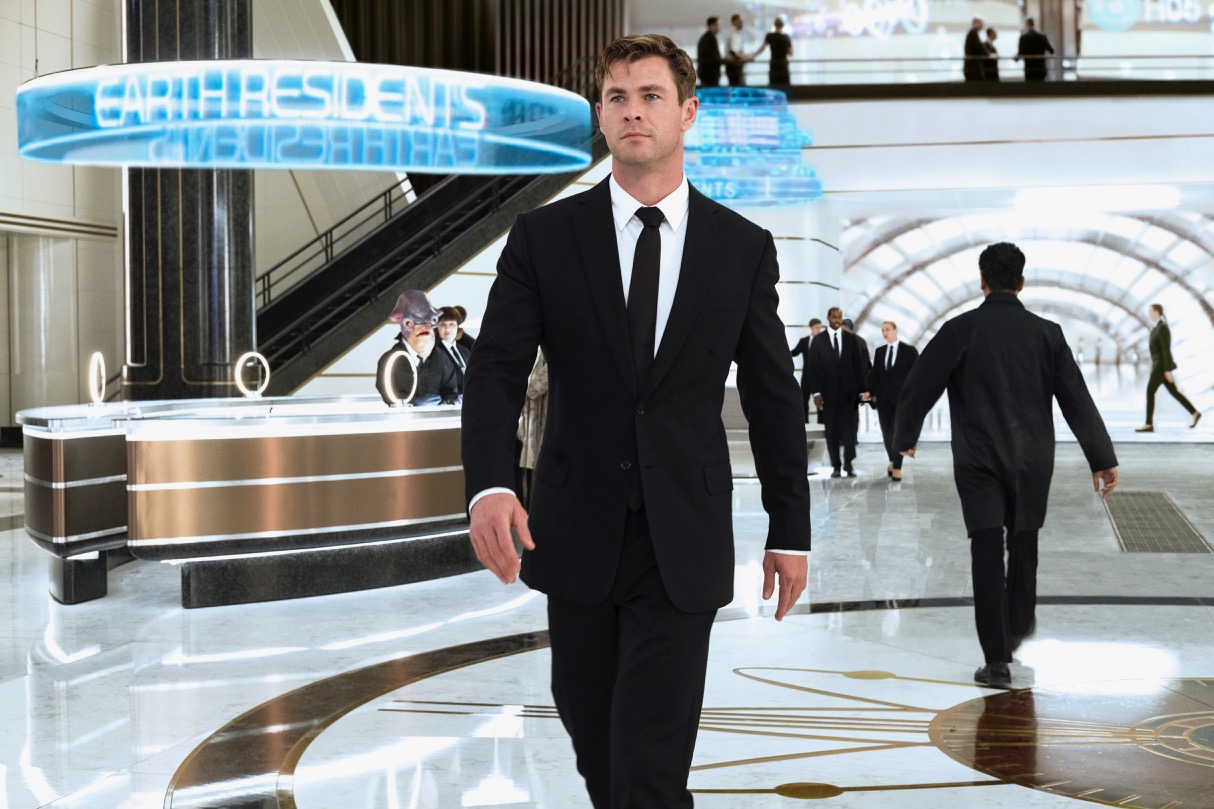 Despite industry gloom and doom, Smith is forever an optimist. “As we read every day, brick-and-mortar is in decline and in some countries, it’s more difficult than others. But our profits are up one percent, and our sales up 6 percent. Some of that is from online but our shops have always had so much character. I’ve noticed a few of the brands now are really following what I do, which is paintings on the wall, objects, vintage furniture, and I’ve been doing that since I started in 1970. We have our 50th anniversary next year.

“Foot [traffic] is down in every country…but the conversion is good — because our staff are so nicely trained and knowledgable about the product, and we design in outfits so if somebody has the desire and income, they can come and it’s a one-stop shop. Fewer are coming in but each person is spending more, so it’s not too bad for us.”

Last month, his Mayfair store was challenged by Extinction Rebellion street protests that shut down traffic for nearly a week in London. “It’s one of those things where you love it and hate it; you totally agree with their cause but my rent didn’t suddenly stop that week even though my sales did,” he said. “I walked into one of my shops that usually takes in quite a few thousands on Saturday and it was 4:30 and we took in 600 pounds. But I do understand the fact you have to do something so radical to get attention.” 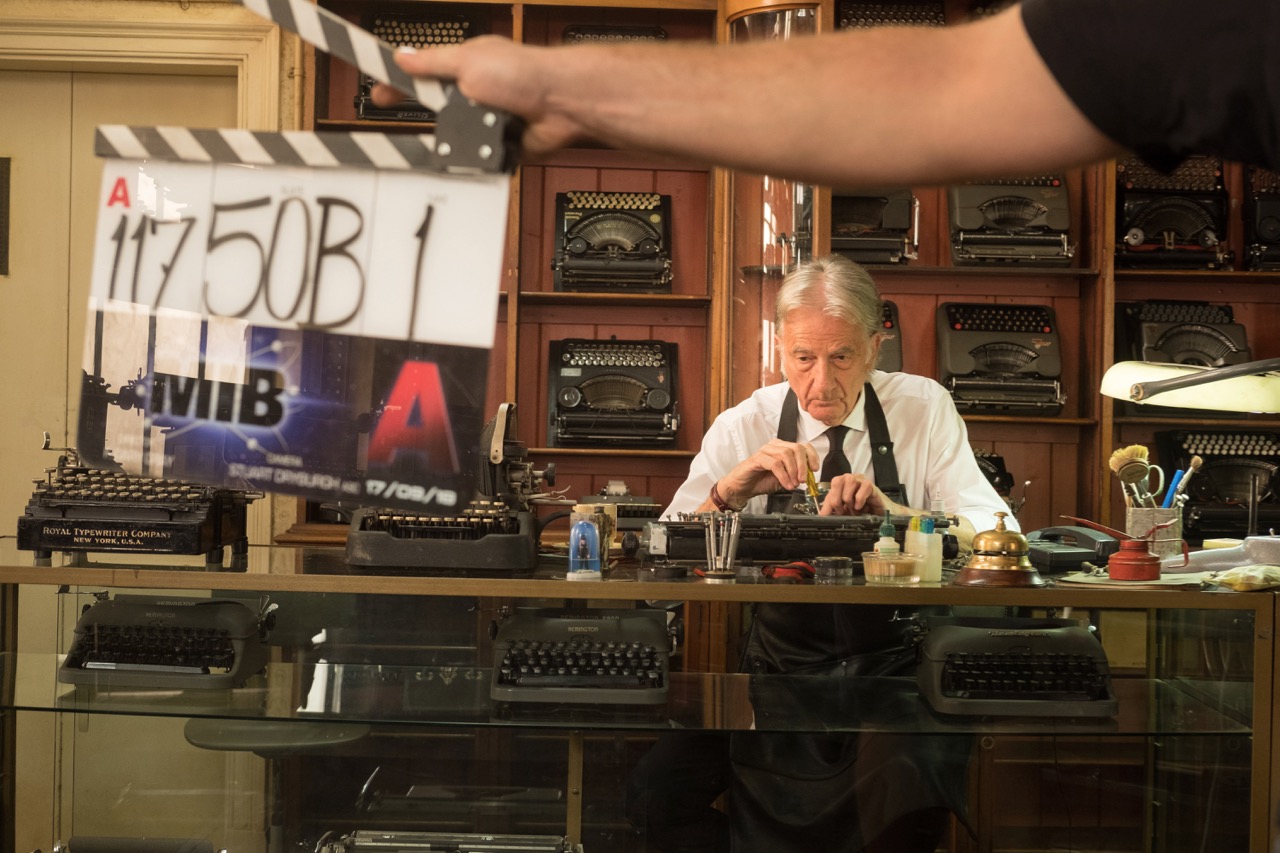 Back to the film, if you look closely, Smith makes a cameo as a typewriter repairman. “I have been asked many times to be in films but have always said no. But this time I got persuaded by my team. I think it’s maybe 14 seconds and almost certainly I’ll be offered an Oscar,” he deadpanned.

Already, he’s gone a bit Hollywood. “Men in Black’s” famous canine Frank the Pug, who wears a Paul Smith suit in the film, had just waddled into the shop. Politely excusing himself to head outside to the pink wall, Smith said, “I’ve got to go take a picture.”