Plus-size teens are a driving force in the category, accounting for 34 percent of the plus-size market in 2015 compared to 19 percent in 2012.

By Rosemary Feitelberg and Aria Hughes on March 14, 2017
View Slideshow 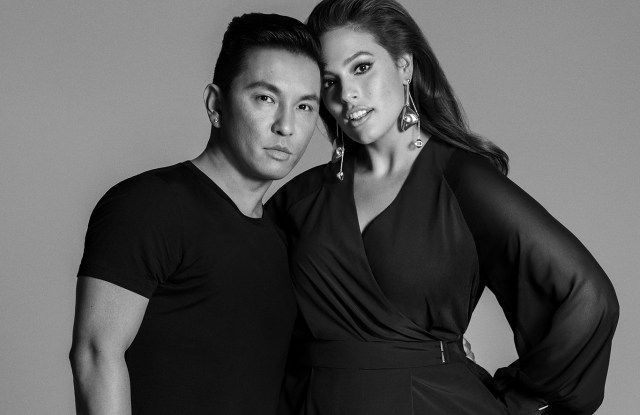 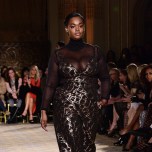 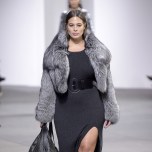 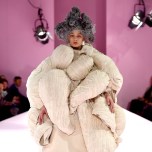 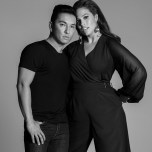 For an industry that champions inclusiveness, fashion brands are still warming up to the plus-size market.

While some designers and retailers still aren’t sold on the market, the category is a robust one. Considered to be any size from 14 up, plus size was a $21.4 billion business last year, compared to $17.4 billion in 2013, according to the NPD Group. Interestingly, plus-size teens are a driving force, accounting for 34 percent of the market in 2015 compared to 19 percent in 2012, according to NPD’s 2015 Women’s Special Sizes Study.

Designers like Michael Kors and Christian Siriano featured a range of body types on their fall runways. For her fall Comme des Garçons collection, Rei Kawakubo sent models down the runway in Picasso-esque curves and bulbous creations, which she sized up in show notes as “The future of silhouette.” H&M included two more shapely models — Kate Syme and Stella Duval — in its buy-now-wear-now collection, while Nike started selling its 1x through 3x plus-size collection via its site earlier this month.

Looking to make plus size more about fashion and less about size, Prabal Gurung said he intentionally turned to Vogue to break the news of his limited-edition collection with Lane Bryant. Going even further, the magazine featured Ashley Graham among the seven models that appeared on its March cover.

Graham also walked in Kors’ fall show and the designer, whose Collection range runs from size 0 to 16, says he will continue to represent a diverse set of women.

“I’ve always dressed a variety of women of all shapes and ages. The diversity of age, size and look of the models on the runway should reflect a heightened version of reality that is representative of the world at large. Ashley is a sensational beauty who is a strong part of today’s fashion mosaic,” said Kors. “My job as a designer has always been to design clothes that work for a wide range of women. I think more and more retailers are realizing the importance of this.”

“I think it’s about time that larger sizes are represented in presentations during fashion week,” said Tricia Smith, Nordstrom’s executive vice president and general merchandise manager of women’s and designer apparel. “We don’t view it any differently than the need to be more inclusive across the board, whether it is ethnicity, size or body type and I hope it continues. In our opinion, plus sizes should not be considered a ‘category.’ We’re working hard to represent a broader range of sizes in all of our best product.”

Gurung’s hope is that his involvement will allow people to look at beauty differently. “The definition of beauty is no longer size two, four or zero. It comes in different sizes. I just saw [the sector] becoming very stigmatized and treated in a very inferior way. It was snickered at. There was nothing positive in the way that it was handled. I just felt it was time. The world was shifting. To not be part of the conversation about diversity and inclusion is just so out of synch, out-of-touch and archaic.”

The strength of the category is not lost on him either. “It’s a $20 billion business and growing. Sixty-seven percent of American women are in this category and we are lamenting about the retail industry dwindling. It is pure, simple logic to me.”

Applying the same integrity and message of inclusion that goes into his signature collection, Gurung said, “What really surprises me is how still close-minded our industry is about this. Like it or not, our industry has a herd mentality. We’re afraid to take risks, we’re afraid to follow our instincts because the handful of critics and tastemakers might not agree with you, or you may be shunned. For me, none of that mattered because I know all of them and they have been nothing but great to me. If I was rude and led by fear, I wouldn’t be in America.”

Across the board, plus-size consumers would like to have more stylish options in their current wardrobes and half of them want to buy apparel from brands that make both regular and plus-sizes. Teens are most likely of all age groups to feel that brands design plus-size clothing as an afterthought and “plus-size clothing should be offered in the same styles available for my smaller friends,” NPD reported.

Frank Doroff, Bloomingdale’s vice chairman, said, “Bloomingdale’s has plus-size offerings both in store and online. In store we have dedicated shops from vendors like Marina Rinaldi, Eileen Fisher and NYDJ, which our customer has responded well to, and we have seen growth in our online business over the past year or so.”

After Siriano enlisted 10 large-size models for his February runway show — twice as many as last season — consumers and retailers “loved it” and orders more than doubled as a result, he said.

“Even if the customer was just a size 10, they were more interested in seeing the clothes on different bodies. We’re just in a different world now, where a fashion show has become more consumer-based,” Siriano said. “I’m so surprised that people care so much about it. That is good and bad. The fact that it is such a topic that people need to talk about is interesting. But I’m sure for these women who are bigger on the runway, that’s not so great for them. It kind of goes both ways.”

This summer he made headlines by dressing Leslie Jones for the “Ghostbusters” premiere, after she tweeted that designers did not want to suit her up for the red carpet. “That’s very embarrassing to admit you can’t get clothes. That takes bravery. She was subject to Internet hacking. People were releasing photos of her,” he said. “She was being really beaten down for what she looks like and that’s just so sad that our society sometimes goes in that direction against people because we all look different.”

Unlike in the past when Siriano’s standard size was a 6, now 10 is the highest selling size and an increasing number of international stores are ordering more size eight items and above. The company will now cut styles up to a size 26, a selling point that has also helped Siriano’s bridal sales at Kleinfeld’s “because a lot of brides can’t find a dress,” he said. “Most of the retailers used to go up to a 12, but sizes six, eight and 10 were the standard.”

With a customer base that includes Whoopi Goldberg, Oprah Winfrey, Angela Bassett, Kathy Bates, Neve Campbell, Viola Davis and Julianne Moore, Siriano said, “I’ve always dressed women of size, different ethnicities and from all walks of life, but now people are noticing it more which is great.”

Asos offers 20 plus-size brands including its own Asos Curve, which was introduced in 2010 to play up seasonal must-haves for sizes 18 through 30, as well as Elvi, Alice & You, Unique 21 and New Look.

“We want to ensure that our customer is given the same experience and same offer as anyone else,” an Asos spokesman said. “We also like to offer an additional edit of exclusive styles which are unique to our curvy girl.”

In the six years since she started Gwynnie Bee from her East Village apartment, Christine Hunsicker has seen the category gain more traction with the fashion crowd. Her own business, which offers rentals and the option to buy, is now a 425-person operation with offices in Long Island City, Palo Alto, distribution in Columbus and two offices in India. Tocca, Rachel Antonoff and Amanda Uprichard are among the 12 or so straight-size designers Gwynnie Bee has pulled into the plus-size category in the past two years. “A couple of really well-known high-end names” will be added this spring, said Hunsicker, who plans to ramp up offerings for pants this summer.

Along with high-end designers collaborating with well-known retailers like Lane Bryant and big brands like Nike designing plus size, the category is getting a jolt from City Chic, Fashion to Figure and Eloquii, which is opening its first U.S. store, Hunsicker said. Collectively, these factors will help upgrade skill sets in the category and get consumers shopping, she added. As for the industry’s hesitancy to develop the category, she said, “Some designers just didn’t want to support plus-size women. I think that is just inexcusable.”

Not having the infrastructure, skilled manpower or the capital, which typically is $500,000 to start making larger-size clothing, has kept some brands away. To facilitate things, Gwynnie Bee takes on the fit standards and technical pattern-making. “Basically, it’s like running a second line. There are very few technical pattern-makers who have deep experience in plus because there haven’t been many jobs in it,” she said. “If you’re a brand that relies on department stores for distribution, it’s very hard to bring up a plus line because department stores are loath to take risks if they don’t know the customer base is there. And there are so few places to go so it’s kind of like this reenforcing loop.”

Hunsicker added, “The industry has known for quite some time that this is a huge opportunity for a growing portion of the population…The plus-size market is dramatically underserved. Anyone coming in with an offering that speaks to that consumer has a lot of room to grow.”

According to Smith, Nordstrom found success with Khloé Kardashian’s denim line Good American, which includes sizes 0 through 24 and is sold in the retailer’s TBD department that carries lines including Madewell and Free People. Smith said it was one of the top launches of all time and the best-selling sizes were 0s and 16 to 18. Smith said, “The Good American success is shining a light on an opportunity that other brands have not addressed, and is giving us leverage to drive change particularly in the denim industry.”

When Nordstrom opens its Westfield Century City mall store, larger sizes of apparel will be mixed in across all categories such as denim, swim, active and lingerie. The company has sportswear, wear-to-work and dresses in a plus-size dedicated department called Encore in 103 of its 123 full-line stores. Plus sizes are offered in its Coats, Lingerie and Women’s Active departments too. It is also available at 189 of the 215 Nordstrom Rack stores, and that will increase to 204 by the end of the year. Nordstrom carries plus size brands including Glamorous Curve, RACHEL Rachel Roy, Slink Jeans, Persona by Marina Rinaldi, Love & Legend and Lafayette 148 New York.

An indication of how labels are being removed, ModCloth, a vintage-inspired online clothing retailer, eliminated the “plus” vertical from its web site and any reference to the word. Chief executive officer Matthew Kaness said this has created a more elevated assortment and a more inclusive shopping experience. More than half the offerings are available in plus sizes compared to one-third a year ago. Since “retiring the plus label, Kaness said, “The customer response has been overwhelmingly positive, especially in our first permanent store in Austin, where girlfriends of all sizes can shop the same assortment and share the same experience like never before.”

And the customer base may only become more important. A new report published in the Journal of the American Medical Association deemed that “socially acceptable body weight is increasing” with more overweight or obese individuals being satisfied with their weight and fewer might be motivated to lose unhealthy weight.”