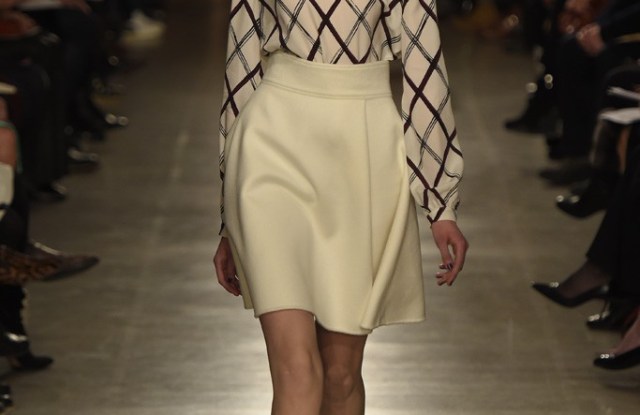 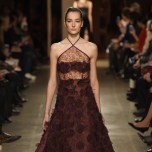 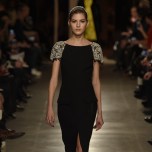 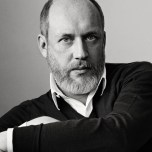 Changeover of creative leadership is as commonplace as a fashion show at 8 on a Saturday night, yet the circumstances of Peter Copping’s first collection for Oscar de la Renta for fall were rare and challenging.

The intended gradual succession, with Copping working alongside de la Renta for a season, did not happen due to de la Renta’s death in October, which left Copping doing creative, professional and personal acrobatics through an emotionally charged, high-stakes situation for the fall collection.

“That was definitely the one that I had to get under my belt,” says Copping. He handled it gracefully, with sensitivity toward de la Renta’s family, which owns and is very active in the business, and existing clientele. Though he didn’t want to produce an overt tribute, Oscar’s influence was obvious within the lineup. Perhaps more so than one would have anticipated in light of Copping’s work at Nina Ricci.

A month after the show, Copping had time to gain perspective on how his debut landed and the course he sees going forward. Asked if he felt that he played it safe on the first run, he says no.

“Fashion is so fast now, so it couldn’t just be an homage to Oscar because you have to state from the word ‘go’ what you see for the brand,” he says. Critically and at market, the collection was well-received. Copping reports sales had increased in the double-digits with one of his new propositions for the label—a simply cut, fitted dress in a stretch wool polyester with decoration around the shoulders—as the best-selling cocktail dress. Longtime Oscar client Mercedes Bass came backstage after the show to point out the pieces she wanted, and a recent client trip to Savannah, Ga., yielded affirmative feedback.

“It seems like people here are wanting a little bit of newness, as well, even the more traditional clients,” says the designer, who sees great opportunity to work with color, lighter fabrics and modified silhouettes, all refined and within the world of Oscar, but also sprung from Copping’s tastes.

He has experience taking over a venerable house, having helped establish Nina Ricci as a prominent force in the designer women’s sphere during his five-year tenure there. There are big differences between Ricci, which was primarily a fragrance house with a founder so long deceased that only serious “fashionphiles” are familiar with her work, and de la Renta, who was vibrant, beloved and very present.

“It’s not a sleeping beauty,” says Copping of the house of de la Renta. “It’s never gone to sleep. That’s something very positive. But I’m very aware that I have to keep the momentum going.”

There is much business to attend to, including campaigns, children’s lines, accessories, fragrances and home. Getting the atelier in order with key hires is a priority, as is old-fashioned business analysis of what’s working and what could be done better. Copping brings two decades of experience to the table, and there are differences between his practices and those long established at the house. De la Renta had a preference for lengthy runway shows in which up to 70 looks was not unusual (Copping showed 55 for fall).

“I know Oscar said, ‘big collection, big business,’” Copping says. “But sometimes that can just end up as a lot of development costs to quite small quantities at the end. You have to ask, when is it better to just bite the bullet and not do certain things?”

Copping is also pouring energy into the clothes’ construction, inside and out. “Oscar is an expensive product, so I think everything really has to be considered to look as beautiful as it can be,” he notes. “There is a lot to do. But I thought, let’s start working on the outside initially, then we can address how the lining’s finished.”