Peter Pilotto and Boss to Show at Milan Fashion Week

MILAN — Just ahead of the summer holidays earmarked for most of the Italian fashion crowd, Camera Nazionale della Moda Italiana today released the first official draft of its Milan Fashion Week schedule, running Sept. 17 to 23.

Among the biggest novelties peppering the calendar, Peter Pilotto, after 12 years of shows in London, will make its official debut in Milan with a show on Sept. 18 at the Teatro Manzoni venue.

“We are very honored to join the Camera della Moda Italiana Fashion Week calendar and engage on this new journey,” said Peter Pilotto, who founded the namesake label with Christopher de Vos in 2007. “We are also proud to represent British fashion abroad in such a key and sophisticated fashion capital as Milan.” The brand in January tapped an Italian chief executive officer, Maia Guarnaccia.

The upcoming Milan Fashion Week will also see the debut of the Boss brand, which will stage a coed runway show Sept. 22 at Tortona Area Lab, as well as of leather specialist Drome, which will relocate its show from Paris.

“I think that we are unveiling a great, strong calendar featuring a great mix of international labels, storied brands and talented emerging designers,” said Camera Nazionale della Moda Italiana president Carlo Capasa during an exclusive interview. “I think that Milan is becoming more and more attractive and interesting and the fact that key Italian fashion players agreed to rotate slots in upcoming seasons will make the difference.” 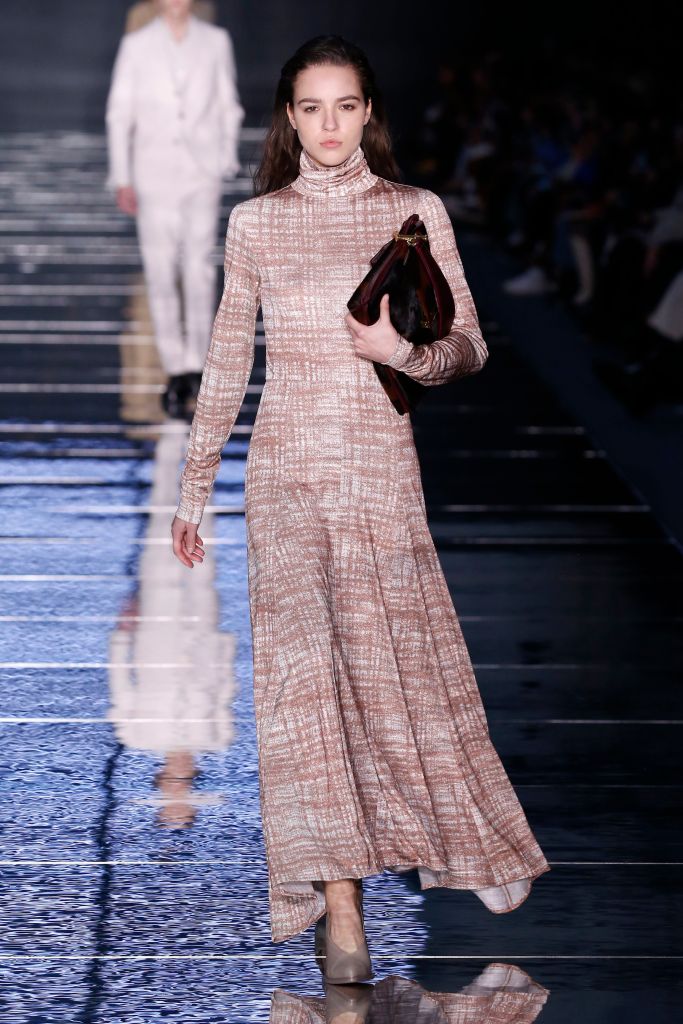 As reported, in the upcoming Milan Fashion Week, Prada will stage its show in the afternoon of Sept. 18, a Wednesday, instead of the afternoon slot on Thursday that the brand has usually held. Consequently, Gucci will postpone and stage its show on that Sunday, Sept. 22.

In the following season of the women’s shows in 2020, Gucci will reprise its usual Wednesday spot, presenting its fall 2020 collection on Feb. 19, while the Giorgio Armani show will be staged on Feb. 23.

This September, the Gucci coed show will be followed by the third edition of the Green Carpet Fashion Awards Italia 2019, organized by the Italian Fashion Chamber with Livia Firth’s Eco-Age. The initiative will be presented on Sept. 18 with a press conference at 9:30 am.

Among the other new entries at Milan Fashion Week are Simona Marziali, the winner of the Who’s on Next 2018 talent competition, and Chinese designer Shuting Qui, who graduated from the Royal Academy of Fine Arts in Antwerp.

In September, the Italian Fashion Chamber and the CNMI Fashion Trust will support the runway shows of Tiziano Guardini, Marco Rambaldi and Ultrachic.