Philip Ayler Launches Online, in What Goes Around Comes Around

Ayler Young launches Philip Ayler bomber jackets — Kendall Jenner and Gigi Hadid are fans — online and in What Goes Around Comes Around. 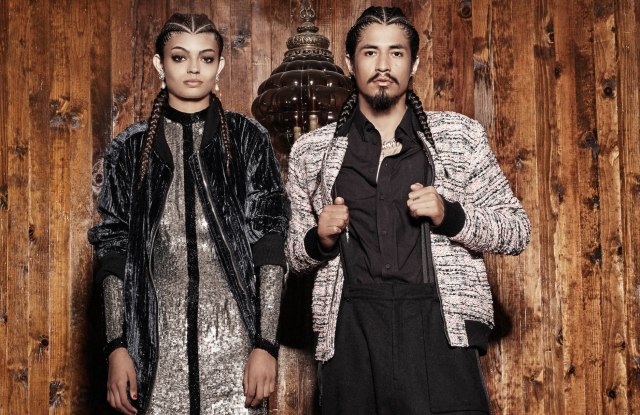 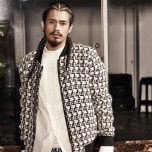 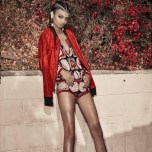 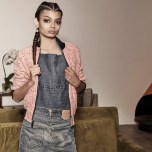 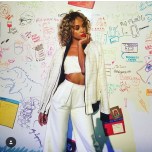 Bomber jackets of every stripe are trending hard this season, but for fashion and entertainment entrepreneur Ayler Young, the classic item is the foundation of a new line called Philip Ayler that he hopes will become a mainstay among the fashion-forward crowd.

Launching online Monday and in What Goes Around Comes Around, the women’s and men’s jackets are made with rare vintage textiles including bouclés used for Chanel jackets, as well as wools for Armani, and retail for $2,495.

Philip Ayler is the high-end iteration of what began as a personal quest to preserve a beloved satin bomber jacket given to him by a stylist friend. “It was an H&M sample from a shoot that never went into production. I never got so many compliments on a jacket, so I had a pattern made in case I ever lost it,” recalled Young.

As luck would have it, the Guns N’ Roses tour manager spotted Young, a guitarist and former Broadway music director, in the jacket and asked if he could make some for the band’s upcoming “Not in This Lifetime” reunion tour. The black poly satin, red silk-lined jackets, each embroidered with the wearer’s name, became an instant hit among Axl Rose and Slash’s crew.

“I ended up making about 1,000 jackets for every record label ceo, wife, girlfriend, model on the tour,” in addition to the limited collector’s editions created for sale in each city, he said. Indeed, Kendall Jenner sported hers on a recent episode of “Keeping Up With the Kardashians” and both Sean Penn and Lady Gaga have one as well.

That led to a few more satin iterations (naturally, Gigi Hadid had to have one), before Young hit upon the idea of making a limited range with vintage fabrics. The jackets are sourced and made in Los Angeles with custom knit trim and zippers (each one also has a secret pocket).

Of the decision to wholesale the jackets in brick-and-mortar stores, Young only approached What Goes Around Comes Around. “I know the owners because they used to have a showroom above Tribeca Cinemas,” he said, which was one of the businesses he owned in New York before moving to Los Angeles a year and a half ago. “I knew they would get it. It’s crazy to now see my jackets hanging alongside these vintage designer pieces.”

The jackets are both slim and slouchy, allowing customers a range of looks depending on which size they choose; there is a full range of women’s and men’s sizes.

“I’m using the shoe model,” said Young, who was a partner in sneaker brand Supra. “If a customer knows their size, by not changing the pattern, it lets them shop online confidently and they can buy four or five.”

While he says he may expand into other categories eventually, Young notes, “There’s a beauty in the constraint of one silhouette; innovation can happen within. It’s like in music there are 12 notes and in Twitter 140 characters.”