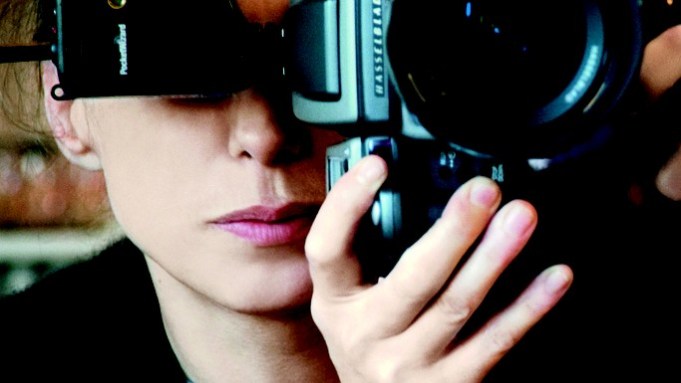 PARIS — Photographer Kate Barry, the daughter of actress Jane Birkin and Oscar-winning composer John Barry, has died in Paris at 46.

Barry was known for her intimate portraits of personalities including Carla Bruni-Sarkozy, Diane Kruger, Sonia Rykiel, Hedi Slimane and her half-sisters, Charlotte Gainsbourg and Lou Doillon. She regularly worked with fashion and beauty brands including Balenciaga, Comptoir des Cotonniers and La Redoute.

Barry reportedly fell from the window of her fourth-floor apartment in the 6th arrondissement on Wednesday evening. French authorities are investigating the circumstances of her death.

“Her sense of textiles, direction, lighting and composition was very pictorial,” Filippetti said. “Her fragility touched us.”

Born in London on April 8, 1967, Barry moved to France at the age of one after her parents separated. Until the age of 13, she was raised by Birkin’s new partner, French singer and songwriter Serge Gainsbourg.

Having struggled early with depression and substance abuse, she became sober around the time of the birth of her son Roman de Kermadec in 1987, going on to found a treatment center, Aide et Prévention des Toxico-dépendances par l’Entraide, or APTE.

In her late 20s, she turned to photography and would eventually work for major magazines including Elle, Vogue, Madame Figaro and Paris Match.

Most recently, her work was the subject of the inaugural exhibition at the new Galerie Cinéma in the Marais district of Paris. “Point of View — Portrait/Still Lives,” which ran Sept. 27 to Nov. 20, featured portraits of Sofia Coppola, Isabelle Huppert and Catherine Deneuve alongside Barry’s more personal work.

Film producer Anne-Dominique Toussaint, who founded the gallery, met the photographer on the set of “Jacky in Women’s Kingdom,” which stars Charlotte Gainsbourg and is scheduled for release in January. It was the second film on which Barry worked as a unit stills photographer.

“She was a multifaceted and exceptional woman who was known for many things — her family, obviously, her humanitarian actions and her generosity. She was all of those things, it’s true, but I think above all she was a genuinely great artist, someone with a unique talent, sensibility and vision,” Toussaint said.

“She was very, very sensitive and had a lot of empathy for fragile and destitute people. But she also had an inner strength,” she added.

Barry, who generally shunned the limelight, made a rare television appearance earlier this year alongside her mother and two sisters on the popular Sunday television program “Vivement dimanche.” Doillon at the time described the family as tight-knit and paid homage to Barry’s talent.

“She is incredibly sensitive, because she manages to systematically pinpoint what is most moving about a person. It’s true that Kate always succeeds in capturing something that others don’t,” she said.

Details of funeral services were not available.