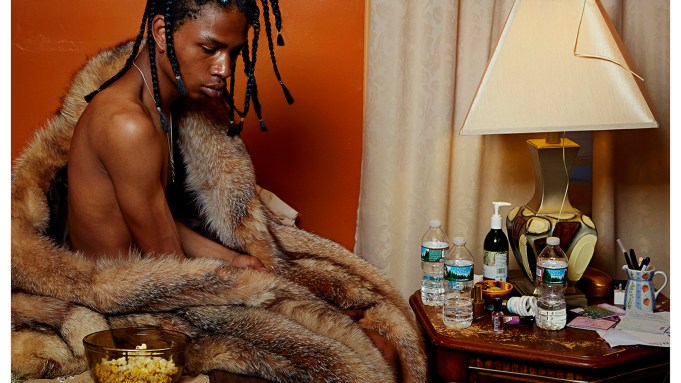 Former fashion editor and stylist Yuki James is on to his second solo show of photography at the National Arts Club this summer. The Alabama native, who is half American and half Japanese, has deep roots in fashion. James was formerly a fashion editor at V magazine, with a résumé that includes previous stints at Harper’s Bazaar and GQ.

“As a stylist, I was used to being on photo shoots and creating images, so the progression to photography felt not unnatural,” James said in an e-mail. “I began taking classes at SVA and ICP at night until I had the technical skills that I needed and began shooting and putting my work on social media. Before I had accepted the title, people began referring to me as a photographer or artist in different features I received. And so when I finally felt confident enough in my work, I decided to own it.”

James’ photographs focus on portraiture, but there is unsurprisingly a big fashion element, perhaps due to his subjects, who are mostly friends from the industry or people he finds on social media and on the streets. “I shoot people who I find interesting or beautiful; I rarely shoot models,” he explained.

So is the stylist in him still thinking in terms of clothes? “I rarely style when I’m shooting. I may make suggestions, but I normally let the people choose their own looks,” he said. “Otherwise I work with a stylist or designer — like the recent story I shot for Rollacoaster [Magazine] that Jeremy Scott styled.”

His latest work will be shown in the National Arts Club through June 3.