Made in Chelsea: Pippa Middleton Prepares to Marry James Matthews

Six years after the royal wedding, Pippa Middleton’s marrying on her own terms. 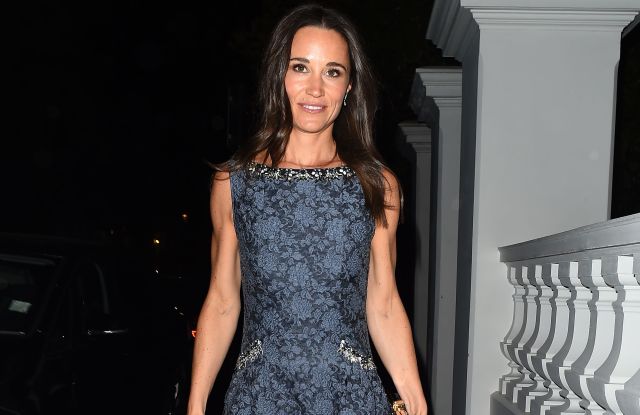 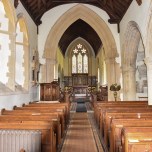 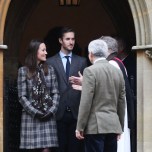 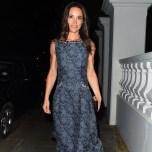 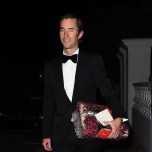 LONDON — Pippa Middleton, the world’s most famous bridesmaid, is set to become the bride on Saturday with two tiny royals by her side and a wedding gown by Giles Deacon, if those tabloid photos of the designer clutching an oversize garment bag outside Middleton’s multimillion dollar London home are to be believed.

Though it may be a commoners’ wedding (neither Middleton nor her hedge fund manager beau James Matthews is a royal, after all), there hasn’t been as much breathless coverage and anticipation since, well, the last royal wedding — of Prince William and Middleton’s sister Kate. Both will be in attendance Saturday and the rest of the guest list is causing equal palpitations — the future heir to the British throne Prince George and his baby sister Princess Charlotte, not to mention Prince Harry and perhaps his actress girlfriend Meghan Markle.

No wonder 0bservers believe the wedding has escalated far beyond interest in the royals and taken on a celebrity status all its own.

“This is not only because Pippa is the sister of Kate, our future Queen,” said Richard Fitzwilliams, the royal commentator and public relations consultant. “It is also fascinating because of the unforgettable impression she made as Kate’s maid of honor wearing a stunning figure-hugging Alexander McQueen dress. It is reported that a deal with a celebrity magazine was rejected. Will photos of the wedding be released, or of the reception, or of both, and if so of whom?”

Pippa Middleton (in Alexander McQueen) at the royal wedding of the Duke and Duchess of Cambridge.  Tim Rooke/REX/Shutterstock

Ingrid Seward, editor in chief of Majesty magazine and author of “Diana, The Last Word,” said Middleton’s wedding “certainly won’t” have the gravitas of the royal one six years ago, but that’s OK. “Pippa may be well eclipsed [by her sister’s nuptials], but I guess she doesn’t mind or she would not have asked her sister’s children to be there,” Seward said.

The wedding ceremony will take place at St. Mark’s Church in Englefield, Berkshire, not far from the Middleton family home. And while it definitely will be a family affair, there could be plenty of gatecrashers since members of the public are allowed to attend public ceremonies as long as they don’t pose a security threat.

The reception will take place at the Middleton family home six miles from the 12th-century church in Bucklebury, Berkshire. It will be held in a marquee ensconced in the 18-acre garden of the Georgian Grade II-listed manor house.

“They won’t be sparing any cash,” said Seward of the millionaire Middletons. In case anyone has forgotten the details, it was — and is — mother Carole’s online party supplies business that made the family fortune.

“Beautiful food, great music and the best, fanciest tents and yurts for the party. Probably braziers and a fantastic DJ and some form of entertainment, like a super boy band or a huge celebrity act. Not Lady Gaga or Adele, but some equally big celeb. Not sure of Pippa’s taste, but I would say she is conventional — maybe a calypso band as well.”

The couple got engaged in July after dating for less than a year — although they had briefly been an item in 2012. Matthews proposed to Middleton during a trip to the Lake District last June. He bought an octagonal ring with a three-carat Asscher-cut diamond from London jeweler Robinson Pelham for Middleton.

While it’s unclear exactly what role the duchess will play — Will she do a reading at the ceremony? Will she return the favor and be matron of honor? — Kensington Palace has confirmed that three-year old Prince George and two-year old Princess Charlotte will be the page boy and a bridesmaid, respectively.

Seward believes the duchess will keep a very low profile and act merely as a guest — and watch her children steal the show. The duchess was at the bachelorette party, or “hen do,” last March, when Middleton and her friends went on a ski trip to a private chalet in Méribel, France.

“Charlotte will just make some terrific pictures especially if she fidgets,” Seward said. “But there won’t be any TV or cameras apart from the private ones in church — so we will see them coming and going. George will also have one of the bridesmaids keep an eye on him. They don’t have much to do, but will get very bored having to sit still for the service. Royals do not usually take their children to church when they are so young. Just two years old is very young indeed to be a bridesmaid,” she said.

Fitzwilliams said Prince George — who will be 4 years old on July 22 — will attract much attention. “His public appearances have been successful here and abroad. In 1986, William was a page boy aged 4 at the Duke of York’s marriage to Sarah Ferguson and he misbehaved. It is unclear how much we will actually see, however.”

It is still unconfirmed who will be designing the dress, but speculation points to Giles Deacon, who was photographed outside Middleton’s home last November. He and members of his team were snapped by paparazzi carrying big garment bags out of the apartment. Photographers also got a picture of Carole Middleton leaving the apartment around the same time.

While Deacon is the leading candidate, other designers who could be dressing the bride include Jenny Packham and Emilia Wickstead. Packham did not return a request for comment, while a spokesman for Wickstead said they did not have any information.

A spokesman for Alexander McQueen, which made the Duchess of Cambridge’s dress, told WWD the house was not designing Middleton’s gown. Alice Temperley’s company also said they are not working with the bride-to-be at the moment.

Seward predicted that the dress “will have long lace sleeves, as it can be cold in May in the U.K. And it will be a classic design, as her dressing is very conventional. Maybe it will have a long coat over it so it can flow out in medieval style. It certainly won’t be a puff-skirted dress. It will be slimline.”

Fitzwilliams said whoever happens to be dressing Middleton, their design will be influential. He  called the duchess’ dress “a triumph that influenced trends, attracting huge crowds when it was displayed at Buckingham Palace. Of course, it isn’t only the beautiful that gets attention, [Princesses] Beatrice and Eugenie’s outfits at William and Kate’s wedding were simply atrocious. We eagerly await what we are permitted to see.”

Beyond the royals, the newlyweds are expected to host up to 350 people including the groom’s younger brother Spencer Matthews, formerly of the cast of “Made in Chelsea,” the British reality TV show that focuses on a bunch of trust fund kids hanging around West London. The younger Matthews is a self-proclaimed bad boy and also appeared on another British reality show, “I’m a Celebrity…Get Me Out of Here.” During the launch of his book, “Confessions of a Chelsea Boy,” in 2013, he claimed that he slept with 1,000 women.

It will be interesting to see how the younger Matthews — who is also best man — mixes with the Middleton’s royal guests.

“Spencer is often in the news and usually for the wrong reasons,” Fitzwilliams said. “He is the Matthews’ equivalent of Pippa’s Uncle Gary [a loudmouth, self-made millionaire known for his love of women and partying].” Matthews’ current girlfriend is the model Vogue Williams, who has reportedly not been invited.

Seward believes the best man should get along fine with Princes William and Harry. “The Queen and Prince Philip will not be there,” Seward said. “Nor will Charles and Camilla. I am sure they will love him.”

The Canadian, who has been dating the prince for nearly a year, shut down her fashion lifestyle blog The Tig earlier this year. Various media reports have said she is also looking to give up her role as the hot paralegal Rachel Zane in the legal series “Suits” so she can move to London to be with Harry.

“The speculation as to whether Meghan will accompany Harry has been endless,” Fitzwilliams said.”Allegedly, Pippa is operating a ‘no ring, no bring’ policy for those partners who are not married or engaged. We don’t officially know. For months we’ve heard that Meghan’s attendance would ‘upstage the bride.’”

Middleton knows all about that. Although she didn’t quite upstage her sister six years ago, the vision of her dressed in that figure-hugging white McQueen bridesmaid’s dress as she bent to lift her older sister’s train into Westminster Abbey made Pippa’s bottom world renowned.

Seward said she would be surprised if Markle attended. “At British weddings, the girlfriend is often asked to the after party and not the church,” Seward said. “Simply because most British churches are small. I don’t think Pippa knows her, so why should she? But out of politeness, she will be invited to the party afterward, possibly not the reception but the party in the evening.”