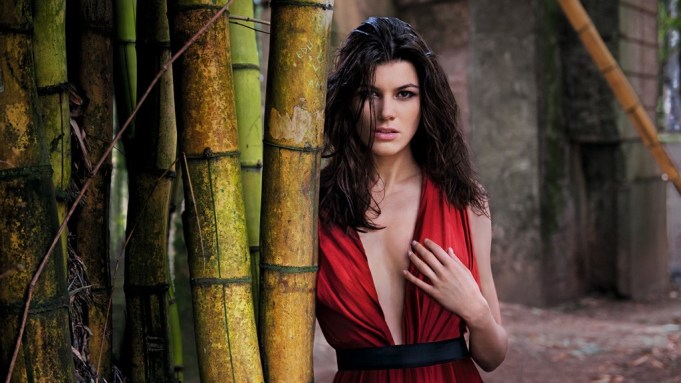 Having had a steady stream of fashion photographers shoot its calendar for the past decade or so, Pirelli has switched things up for next year’s edition by tapping Steve McCurry. A Robert Capa Gold Medal winner, the American photojournalist is best known for his 1985 National Geographic cover “Afghan Girl.”

That credential was enough to win over Liya Kebede, one of the 11 models who posed for McCurry. Kebede said, “That made it really interesting because who doesn’t know the photograph of that Afghan girl?”

The fact that she, Karlie Kloss, Adriana Lima and the other eight models featured in the 2013 “Cal,” as it is called, are each involved with a humanitarian project or nongovernmental organization made for a winning combination.

The whole arrangement was not a stretch for McCurry, a Philadelphia-born, Pennsylvania State University graduate, who said, “Much of what I have done in my career is portraiture, and I have done various things in fashion, including a few shows in Milan.”

The calendar was shot in Rio de Janeiro, and McCurry said, “The setting is very important. Since I have worked all over the world, hopefully there is a sense of humanity in my pictures. I also wanted to highlight Brazil’s social and economic transformation.”

In addition to Lima, fellow Brazilians Sônia Braga, Marisa Monte and Isabeli Fontana knew the area. However striking the younger models are, it was the 62-year-old Braga who wowed McCurry. “She is so full of life. She has gone through so many incarnations in her career. At this point, it seems that she just wanted to have fun,” the Long Island City, N.Y.-based photographer said.

Cushy as photographing a bunch of barely dressed models during two extended stays in Brazil might sound, McCurry said Mother Nature proved to be a challenge. On location in the midst of monsoon season, he said he learned to think of rain as a friend. “I wanted to show the models as real people and to keep the modeling thing to a minimum,” McCurry said.

With the Pirelli calendar complete, he is working on a book about Buddhism and another one about how he managed to get various photographs over the years. While not a practicing Buddhist, McCurry said he pretty much always has a camera in hand, which creates its own sense of zen.