Pitti Immagine Gears Up for Return to Physical Format

Pitti Uomo will mark its 100th anniversary concentrating all events at Florence's Fortezza da Basso, while the main happening in the city will be the unveiling of the Gucci archives at Palazzo Settimanni.

MILAN — “I’m extremely proud to be the president of an organization that has shown it is even more audacious, brave and determined than I imagined,” said Pitti Immagine’s president Claudio Marenzi on Wednesday during the press conference to officially present the upcoming editions of Pitti Uomo, Pitti Bimbo and Pitti Filati.

The fair organizer is getting ready to reprise the physical formats of its trade shows after over a year of only digital events and Marenzi underscored the tenacity of his team and the institutions’ support in making this possible.

“What to expect from this edition? I’ll tell you as an historic exhibitor [of Pitti Uomo],” continued Marenzi, who is also chief executive officer of outerwear brand Herno. “Of course, there will be a reduced number of exhibiting companies and visitors but there will still be great excitement. In these past months, I noticed there’s a strong desire to meet each other in person again….The interaction between companies and the exchange of opinions about the industry is what is missing, all that extra bonding in the aisles that might look as irrelevant but is indeed essential to spark ideas on new collections and distribution strategies,” Marenzi said.

Running June 30 to July 2, Pitti Uomo will stage its 100th edition at the traditional Fortezza da Basso location. So far, 362 exhibitors are confirmed to be showcased at the venue, making for a much smaller attendance compared to the traditional 1,200 companies displayed in the past. The exhibitors will be automatically featured on the Pitti Connect platform, which will also include 47 brands that can’t be physically present in Florence.

Pitti Immagine CEO Raffaello Napoleone said he expects an average of 8,000 visitors at the trade show, mainly coming from Italy and Europe. These will be free to travel thanks to the upcoming introduction of the Green Pass, a certificate that individuals will need to bring with them to show they have been vaccinated, have antibodies after recovering from COVID-19 or have had a negative test.

Napoleone underscored that a selection of buyers from the U.S. and Russia have also confirmed their attendance, while visitors from Asia are unlikely to be able to attend.

“We want to celebrate this milestone. We have reached the 100th edition, but it’s like we want to reset and restart, so we look at this number in reverse, as 001,” said Agostino Poletto, general manager of Pitti Immagine. “It’s a special edition that wants to be an opportunity for innovation and experimentation for us,” he added.

Along with exhibiting companies, for the first time all events will be staged inside the Fortezza venue, rather than in other locations across Florence. Incidentally, the only hot ticket in the city those days will be the invitation to visit the Gucci archives, which will be unveiled at the company’s historic headquarter Palazzo Settimanni on July 1.

Meanwhile on the same day in Fortezza da Basso, Pitti Uomo’s guest designer Thebe Magugu will present his spring 2022 collection, as reported. The range will be introduced through a performance staged at the Archivi hall multiple times with the goal of enabling all visitors to see the lineup while respecting the limited capacity of the venue. 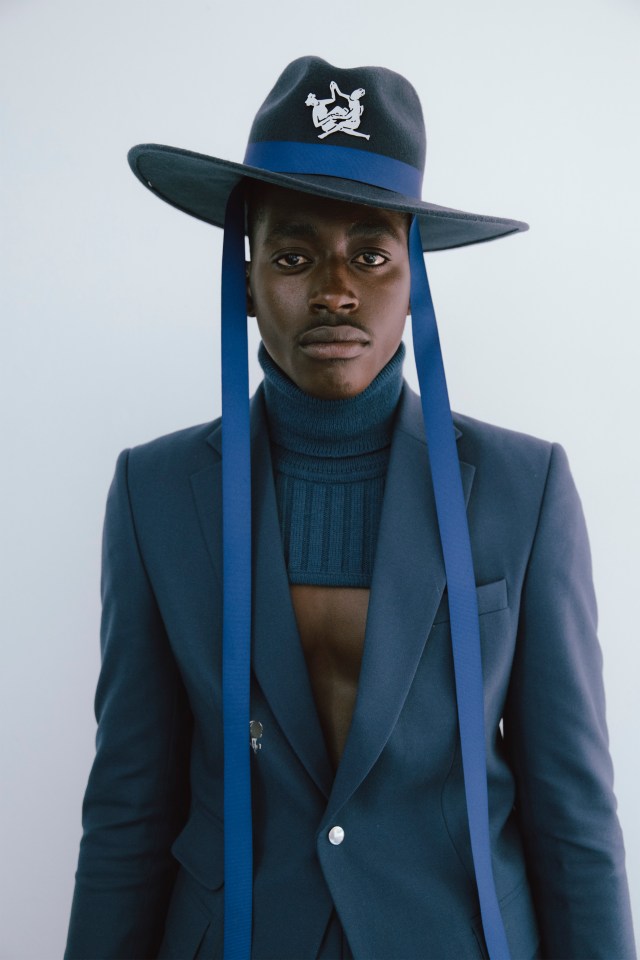 The collection of the young South African designer, who established his fashion label in 2016 and was the recipient of the LVMH Prize for Young Designers in 2019, will include a nod to Italy as leather accessories have been developed in collaboration with the Cuoio di Toscana consortium of seven tanneries based in the Tuscany region.

Adding to this, for the first time, Pitti Immagine also partnered with the association of Italian leather goods manufacturers Assopellettieri, which will stage a multimedia installation at Fortezza da Basso to tease the launch of its new Mipel Lab digital platform. Developed with the Milan-based leather fair Lineapelle, the platform is aimed at supporting and giving visibility to Italian leather goods manufacturers.

In addition to a schedule of talks, other happenings at the venue will include live photo shoots in partnership with the Arena Homme+ fashion magazine and involving brands of the likes of Caruso, Kiton, Herno and Stefano Ricci, whose collections will be photographed by young Italian photographers. The images will be shared on Pitti Connect and featured in a printed issue of the magazine to be released next fall.

Pitti Uomo will share dates and location with sister trade show Pitti Bimbo, which is dedicated to children’s wear. The move will enhance this category’s evolution in terms of distribution and market opportunities as well as optimize synergies with men’s wear labels. While most of the 108 brands exhibiting at Pitti Bimbo will be showcased in separate areas of the venue, companies such as Herno and Invicta will include their respective children’s wear collections in their main booths.

Organizers have also studied alternative communication strategies to support the Pitti Bimbo exhibitors. In particular, since South Korea and Japan are key markets for the children’s wear business, a virtual tour of the fair in the countries’ respective languages will be offered to the local buyers who won’t be able to travel to Florence.

Sustainability will continue to be a hot topic at both shows. Pitti Uomo will host the third edition of the Sustainable Style project spotlighting 15 brands — including Myar, Connor McKnight, DNI, Federico Cina, Patrick McDowell, Reamerei and Woo, among others — while Pitti Bimbo will feature corners focused on sustainable labels. 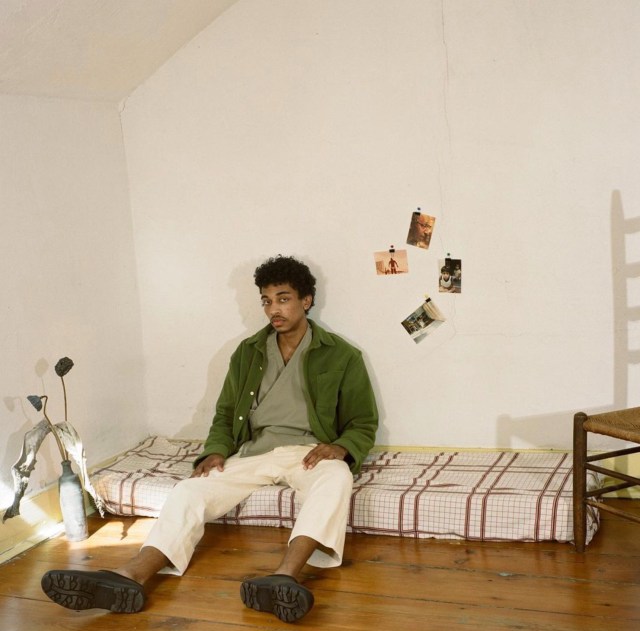 A look by Connor McKnight.  Courtesy of Pitti Immagine

Opening on June 28, the three-day textile fair Pitti Filati will be temporarily relocated to the Stazione Leopolda for this edition, which will showcase 86 exhibitors and maintain the fair’s traditional sections dedicated to knitwear and trend research, as well as the vintage area.

In terms of safety, Pitti Immagine has revisited the layout of both locations — enlarging aisles, distancing booths and marking paths to access and exit the venues — as well as implementing a protocol of procedures for attendees.

In addition to temperature measurements, social distancing, use of masks and enhanced hygiene procedures, online pre-registration will be mandatory to access the shows in order to avoid crowded queues and monitor the visitor flow.

Each individual entering the venue will have to prove they have been vaccinated or show a negative COVID-19 test. Then bracelets of different colors will be handed out, marking who has been vaccinated, those who had tested negative the day before and those who, after 48 hours from the first swab, will need to be tested again.

In collaboration with the Red Cross, five campuses offering COVID-19 antigen rapid tests are expected to be installed in key positions, such as outside both locations, near car parks and at Florence’s train station.

The shows’ digital counterpart has also been enhanced. In addition to the Pitti Connect platform, this season organizers will introduce Pitti Studios, whose aim is to help brands to create digital content to promote their collections. Images and videos will be then uploaded not only on Pitti Connect but could also be used by the companies in their communication strategies on other platforms and media.

“Just like we helped companies in the physical environment throughout these years, now we want to do the same in the digital space,” Poletto said. “So we established a team of both internal talents and external collaborators like directors and photographers to help brands to up the ante in terms of storytelling and video contents,” he added, revealing the pilot project will be unveiled during Pitti Filati.

“The goal is to support and work with companies not only during those four days of trade show every six months but throughout the year, both physically and digitally,” concluded Poletto.