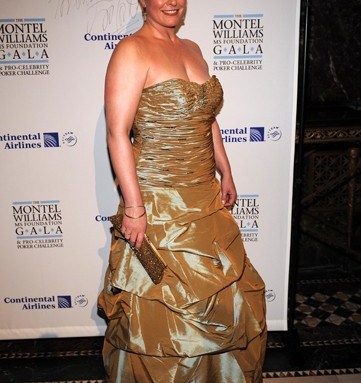 Emme: The first plus-size model to achieve high-profile status. Emme has a women’s sportswear line (sizes 2 to 26) through QVC under the “me by EMME” label. She is also an author, consultant and television personality.

Queen Latifah: “Hip-Hop’s First Lady.” She was nominated for an Academy Award for her role in “Chicago” (2002). Last year, she appeared in the film, “The Secret Life of Bees.” Among other movies, Latifah was a producer for “The Perfect Holiday” (2007).

Whitney Thompson: A size 10, she became the first plus-size model to win “America’s Next Top Model” in spring 2008. She is a spokeswoman for brands such as Smile-Stylist and Right Fit.

Oprah Winfrey: TV personality, producer, actress, author, magazine publisher and philanthropist. “The Oprah Winfrey Show” is viewed by more than 20 million Americans every week and broadcast in over 120 countries.

Return to beginning of slideshow>>