Curvy models are making the switch from Instagram sensations to actual catwalk queens — a sign that the luxury industry is finally taking on body positivity?

PARIS — Before stepping up on the Fendi catwalk on Thursday, Paloma Elsesser was hardly a unknown figure: the American model features regularly in Glossier campaigns and is a face of Fenty Beauty.

But walking for an LVMH-owned luxury house is another thing. While most Millennial-savvy, digital native brands have embraced diversity from their very inception, getting better representation of all body sizes is a relatively new phenomenon for the higher spheres of fashion — especially the European ones.

“Plus-size models started in the U.S. quite a while ago,” said Nathalie Cros-Coitton, chief executive officer of Women Management modeling agency and founder of its new Curve W360 division dedicated to curvier body types. “Maybe because the American population is a better reflection of that particular market. But what we’ve seen recently with social media and the personal expression it allows is that brands have finally realized there is a wholly different audience out there.”

While models like Ashley Graham and Tess Holliday have truly made their mark and become ambassadors for body diversity within the industry, the second wave of body positivity is brought on by a flurry of new faces that are scouted on social media, where some of them already have a cult following of people who share their values, creating communities of interest that give any of their professional victories consequent media clout.

“The fact that these girls have an important following and are very loved by their community is a tangible way for brands to understand their importance,” said Cros-Coitton, whose scouting team recruited most of the 30 models in Women’s Curve division via social media.

Coming up with a complete Curve W360 catalogue took a year: The division has officially launched for this season of Paris fashion week. After working with Fenty and Koché, Cros-Coitton has reported strong interest from Paris-based brands currently casting for their fall 2020 shows. “Brands are looking to be modern and embrace society as a whole,” said the executive. “The said ‘traditional’ model will always exist, but she will be increasingly surrounded by other body types. It’s just a reflection of real life.”

Below, our pick of the new faces of plus-size modeling. 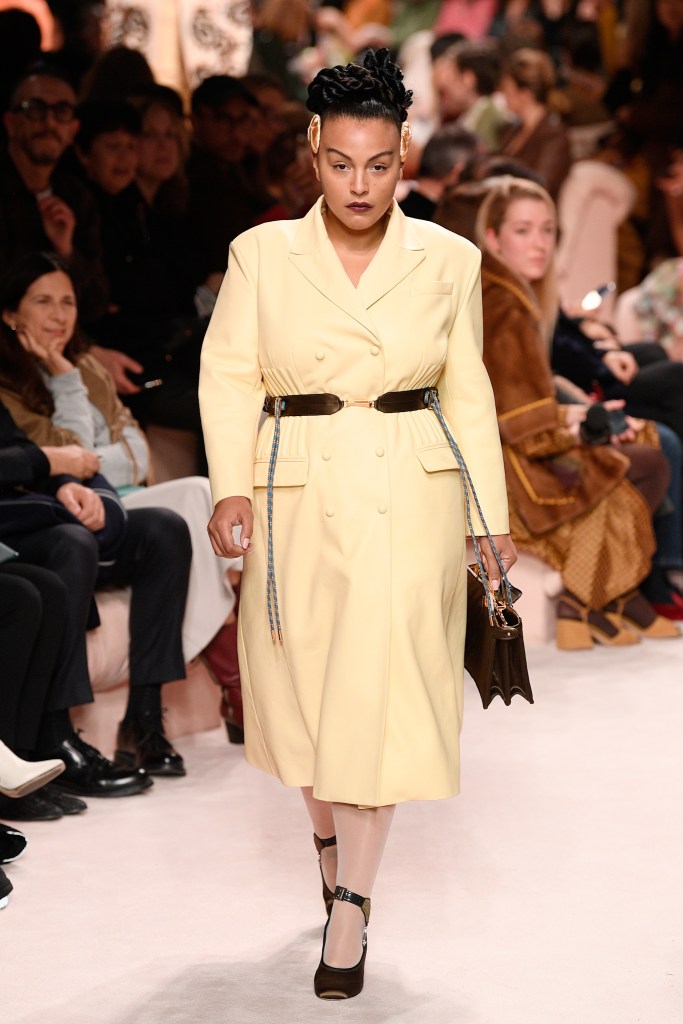 Elsesser is no newcomer — New Yorkers may have spotted her on Glossier billboards all around the city, including one in which she reclined naked for the launch of the body creme in 2018, or walking for brands such as Eckhaus Latta and Ganni. Elsesser, the daughter of an African-American mother and a Chilean-Swiss father, has also been spotted in Nike campaigns and on the “New Frontiers” cover of British Vogue in May 2018. The American model crossed an actual frontier when she was chosen to walk the Fendi show on Thursday, signaling a shift in plus-size representation within the LVMH group: Are luxury brands finally ready to embrace body positivity? 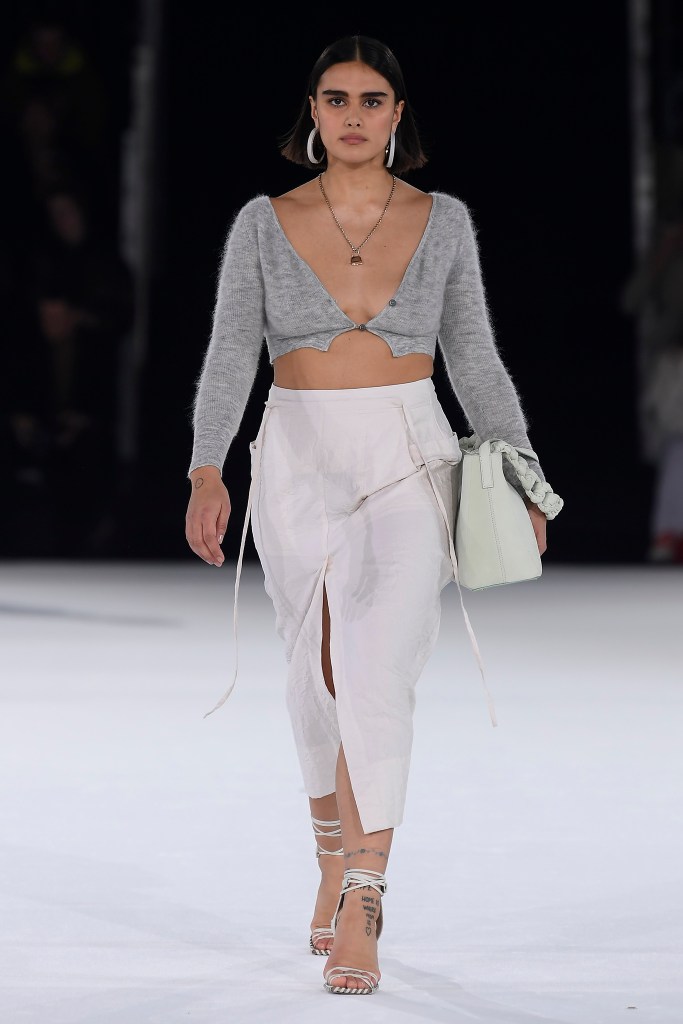 Kortleve, 25, hails from Amsterdam, where she is signed to local modeling agency The Movement, whose motto is “health over shape, potential over pigment, identity over gender, muses over measurement, equality over diversity.” She stole the show on the Jacquemus runway for fall 2020, wearing a skimpy knitted top and side-slitted skirt, but that was just the beginning: Kortleve, who has Indian, Indonesian and Surinamese origins, walked for Michael Kors and Rag & Bone in New York, Molly Goddard in London and Fendi in Milan. She also landed the cover of the February issue of Vogue Paris, for which she was shot by Inez and Vinoodh. 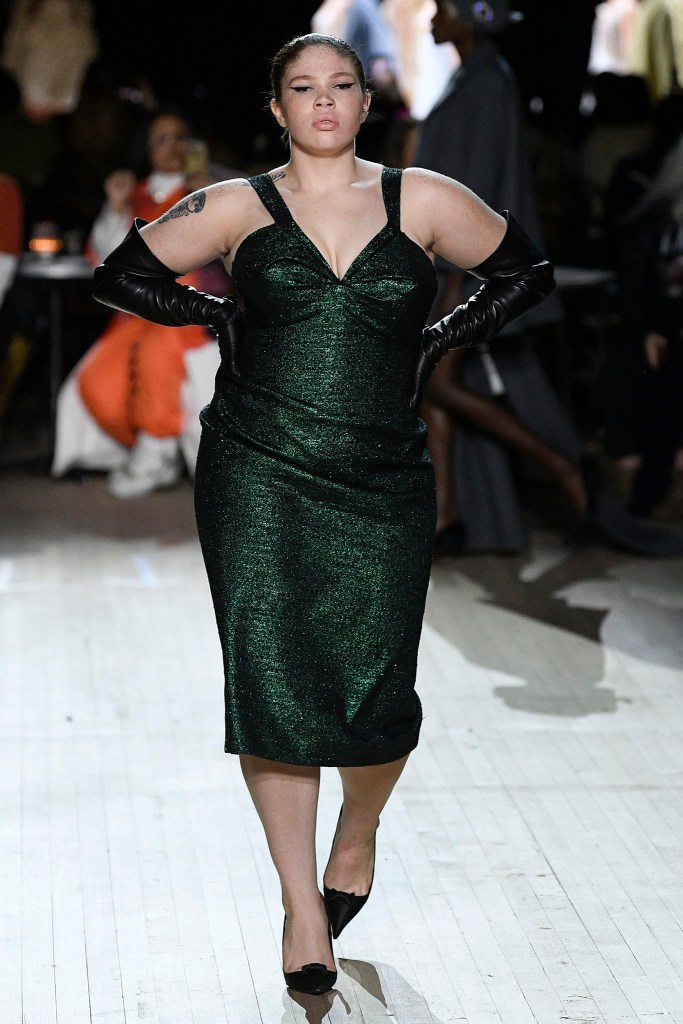 Ruby, a 23-year-old from Atlanta, was scouted by IMG on social media, which led her to be cast in two Marc Jacobs shows: She walked for both the spring 2020 and fall 2020 collections, prompting Vogue to call her “Marc Jacobs’ New Muse.” Now in her second fashion week, she was recently spotted on the Tommy Now catwalk in London. “Thank you so much for giving me the chance to be a part of such a diverse and inclusive moment,” Ruby wrote on Instagram. With her fiery red curls and tattoos, she would be a good match for edgy Paris-based brands such as Koché or Marine Serre.

French model Odile Gautreau was first spotted on the runway for Ester Manas, the fashion finalist for the 2018 edition of the Hyères festival whose silhouettes with adaptable sizes aim to “make fashion big again.” Gautreau, who is signed to Women’s Curve W360 division in Paris and IMM Curve in London, is also the face of Manas’ capsule collection with the Galeries Lafayette and has appeared in campaigns for Nike and L’Oréal Paris.

Last year, Spanish model Lorena Duran was tapped to become a face of Victoria’s Secret, becoming one of the first plus-size models to become an Angel alongside model Ali Tate Cutler who posed for the lingerie brand’s Bluebella line. She has also posed for Intimissimi, Mango and walked the E1972 catwalk during New York fashion week.