There have arguably been few elections as polarizing as Obama vs. McCain, but the battle between Nixon and McGovern in 1972 came pretty close. 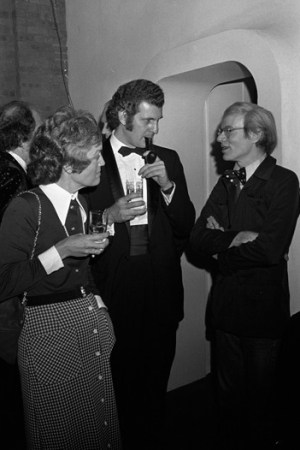 There have arguably been few elections as polarizing as Obama vs. McCain, but the battle between Nixon and McGovern in 1972 came pretty close. On the eve of that election, WWD was on hand with celebs, socialites, and party bigwigs to get the dish as they rang in the results.

Sammy Davis Jr. hosted a party at his hotel suite in Washington that night. Upon news that Nixon had beat McGovern by a landslide Davis acknowledged, “There’s a lot of unhappy faces in Mudville tonight.”

Meanwhile, Jack Valenti, sprawled on the floor at Joan Gardner’s party, explained, “McGovern took positions so far to the left to win the nomination, he had to backtrack 180 degrees to sound credible.” Later, Jackie O’s stepsister, Nina Auchincloss Steers, told WWD that “even her son had switched his support and bicycle bumper sticker to Nixon.”

Not to be outdone by the D.C. politicos, Clay Felker hosted 600 largely pro-McGovern friends, like artist Andy Warhol and critic John Simon in Manhattan. After the defeat of “St. George to the dragon” was announced, Warhol said: “I guess this means four more years of muggings in New York.” Simon added, “I think the idiots have had their day again.”