The brand is marking 16 years of supplying the umpires, ball persons and grounds people at Wimbledon with their uniforms, and has dressed spectators including David Beckham and Pippa Middleton, too. 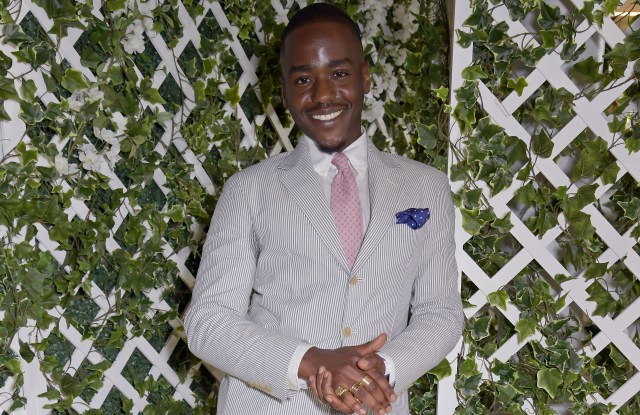 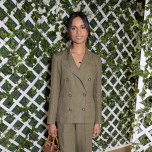 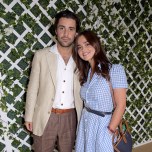 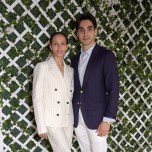 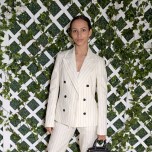 LONDON — The country’s collective energies may be focused on the July 11 European football final between England and Italy at Wembley Stadium, but there’s still a Grand Slam playing out at the All England Lawn Tennis Club in Wimbledon. And those players have certainly been putting on a good show despite ongoing COVID-19 restrictions — and the always imminent threat of rain.

Many Britons are devoting just as much attention to the tennis this year as they are to Euro 2020 Cup, which culminates on Sunday and coincides with the Wimbledon men’s final. The family of the English TV actress Jenna Coleman is among them.

“When the tennis is on, (my shows) get recorded,” said Coleman, adding that everyone’s on strict orders not to call her grandmother in particular when she’s watching a match on TV.

The brand is marking 16 years as the official outfitter of The Championships, Wimbledon dressing the chair and line umpires, ball persons and grounds people in navy, white and cream. But the brand certainly doesn’t stop there: There were Ralph Lauren-clad folks all over the stadium including David Beckham, Pippa Middleton and the guests at the brand’s event.

Coleman, dressed in a blue and white linen gingham dress, stars in the upcoming Netflix TV series “The Sandman” based on the ’90s comic book by Neil Gaiman. She’ll turn the role of John Constantine into Johanna Constantine, and said she was “happy to let her masculine side out.”

Meanwhile, Max Harwood has been seen singing in the soon-to-be-released Amazon film “Everybody’s Talking About Jamie” where he plays a teenager with drag queen ambitions. “There are loads of fashion moments, and crazy fashion looks in the film inspired by London club kids,” said Harwood, who’s about to start the film’s promotional campaign.

Among the guests was Lucy Campbell, who swapped her wetsuit for a frilly silk blouse and linen shorts. The surfing champion, who hails from Devon, England, starred in the brand’s sports-focused campaign in the run-up to Wimbledon.

Campbell, who’ll be competing in Cornwall, England and around the coastlines of Europe this year, showed off another skill during afternoon tea. She demonstrated the Devon method of applying clotted cream to a scone before adding the jam, and not the other way around, like they do in Cornwall.