Peruvian knitters produce the bulk of the collection. 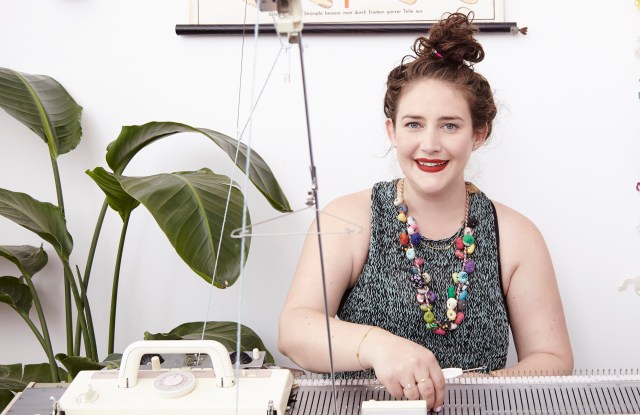 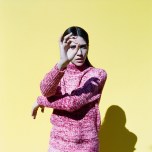 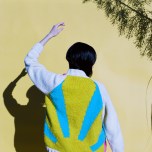 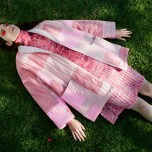 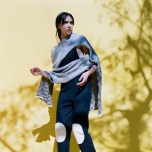 After working at Anthropologie and Eugenia Kim, knitwear designer Gina Rockenwagner broke out on her own in 2015. She launched her own collection, Poppy + Pima, named after her maternal grandparents, and is now making headway with her fall 2017 collection.

Each of her collections features knits made of baby alpaca from Peru that are handwoven by hundreds of women who work for Peruvian women’s co-ops, which provide them with jobs and income to support their families.

“Peru has amazing materials locally,” said Rockenwagner, who’s been a knitter since she was a young girl growing up in Venice Beach, Calif. “I was always a curious kid, and had a childhood illness, so my mom would give me projects to fill the time.” Once she found knitting, she was hooked.

Her great-grandmother also gave her a sewing machine because her family was short in stature and they would always need to hem their clothes.

Following her graduation from the Art Institute of Chicago, Rockenwagner moved to New York and took a job designing private-label sweaters at Anthropologie. She did a project for Women to Women International that involved giving disadvantaged women the opportunity to work and support their families. She stayed for a year and then joined Eugenia Kim, where she designed knit accessories and worked with hand-knitters in Peru. After three years there, she took some time off and decided to start her own line.

Her grandfather, Eugene Fama, a professor of finance at University of Chicago Booth School of Business, had just won the Nobel Prize for Economics (2013), and she began doing a lot of reflection on her own life. Her grandfather told her that he never did anything that he didn’t want to do. “It spoke to my heart and I thought I better start my own line while I was still young.” She was 27 at the time.

Rockenwagner had been to Peru a few times on sourcing trips and met the knitting co-ops and saw what they were doing to support women. “There was a huge focus on sustainability and natural dyeing and natural fibers,” she said. She met with the Fair Trade Certified Knitting and Dyeing co-op, and began giving them work.

Fluent in Spanish, she visits Peru several times a year and works with women in Lima and Arequipa. Most are home workers. “Artisan activity is the second-largest employer in the developing world,” she said.

She checks in frequently with her production partners, who oversee the work and keep them on a timeline. She also makes some cut-and-sewn clothing in Brooklyn and the Bronx.

So far, she is selling to such retailers as In God We Trust, Peper + Parlor, and Hazel & Rose. This spring she also sold Anthropologie and has opened Ron Herman in Tokyo for fall. She also sells on her web site, poppyandpima.com.

Rockenwagner doesn’t have a showroom yet and handles design and sales herself. She works out of her own studio in a building in Bushwick, Brooklyn (complete with knitting and sewing machines and a serger), which also houses other creative types. She shows her line at Capsule in New York and Brand Assembly in Los Angeles. She employs one assistant.

For fall, her collection wholesales between $45 and $156. The collection is geared to daytime and is colorful,  inspired by the changing neighborhood where she grew up in Venice, Calif. She said she was inspired by skaters, the grungy hippie bohemian vibe of the boardwalk, and overgrown palm trees, empty pools, sunsets and the Mexican influence of the area.

Looks include cardigans, coats, sweaters, turtlenecks, dresses and jumpsuits in such fabrics as merino wool, baby alpaca and nylon and cotton.

Overall, there are 25 stockkeeping units in the fall collection.

She said the knitters in Peru are geared up for major production. Eventually, she’d love to do more hosiery, especially socks and tights. “I feel there’s a big hole in the market for manufacturing these categories.” She plans to visit North Carolina factories this summer.

Asked if she’s interested in doing basics, she said, “We get the most response to our special pieces. That’s what our customers really want right now. We try to cover a lot of bases. My skill is the hand-knitting. I geek out over the techniques.”