The project is inspired by Joe Casely-Hayford, who paved the way for Black designers working in the U.K. today.

LONDON — The British Fashion Council is looking to highlight the powerful influence of Black fashion and culture in Britain with a new, long-term project headed by the council’s Institute of Positive Fashion.

The IPF is organizing the project, “The Missing Thread,” in partnership with the Black Oriented Legacy Development Agency, or BOLD. It will aim to celebrate British Black fashion and culture from 1975 to the current day through a series of events, culminating in a major exhibition in summer of 2022.

The IPF said the initiative, which comes during Black History Month in Britain, is inspired by Joe Casely-Hayford, “who paved the way for Black designers working in the U.K. today,” and “honors the powerful legacy that he left behind him.”

Casely-Hayford, who died last year, was a men’s and women’s wear designer and tailored clothing expert whose legacy lives on through the family-owned brand, which is now run by his son, the designer Charlie Casely-Hayford.

“The fashion industry currently lacks a resource of vital Black British contributions from a cultural, design and socio-political perspective, having erased many important historical narratives,” the IPF said. “The cost of neglecting these stories is detrimental to the industry as a whole. Going forward, design knowledge and history must be taught with an appreciation and awareness of the cultural contributions of all races to the fabric of British society.” 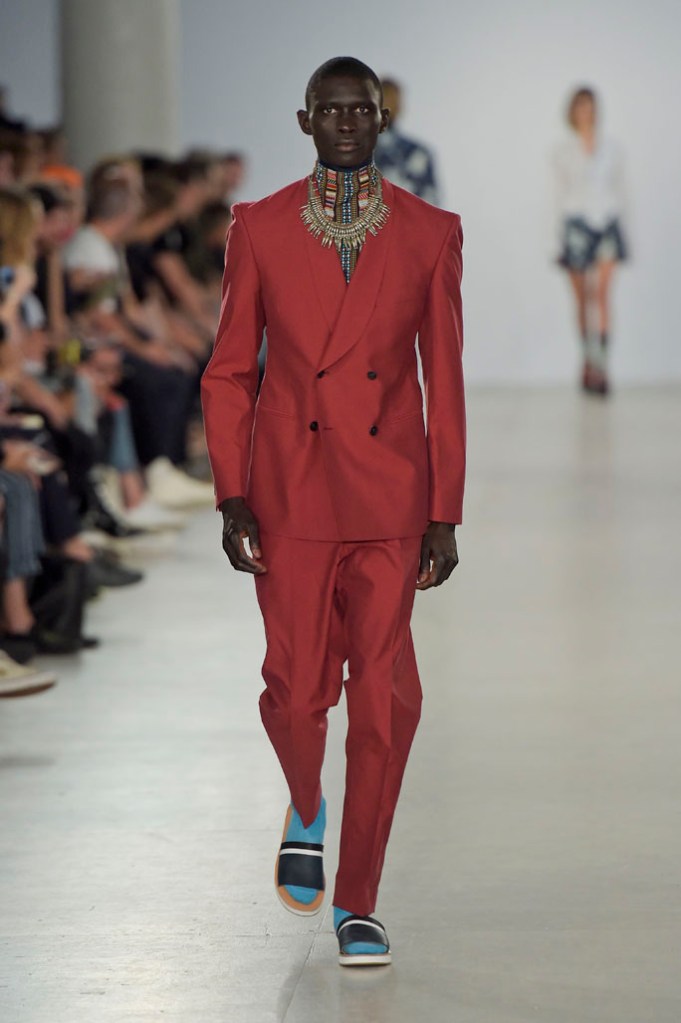 The IPF said it is looking to “reference, educate and present many untold Black cultural narratives and design contributions that are pivotal foundations within society, and chart the rise and impact of “U.K. Black style culture.”

It said the key, long-term objective of the project is to create the first Black Fashion and Culture undergraduate education program in the U.K., with the opportunity to export the program globally.

The program will look to document the history of Black fashion and culture, as well as offer a provision to train and educate future fashion practitioners. It will also aim to amplify race narratives in fashion education by working in collaboration with the magazine brand i-D toward a dedicated library of Black fashion literature at Central Saint Martins, Joe Casely-Hayford’s alma mater.

On Wednesday, a special ShowStudio panel looked at the vision and work of the late designer Joe Casely-Hayford. The panel, titled “Joe Casely-Hayford: An Icon for Our Times,” was chaired by Andrew Ibi with industry figures and designers including Caroline Rush, Ekow Eshun, Karen Binns, Walé Adeyemi and Tolu Coker. 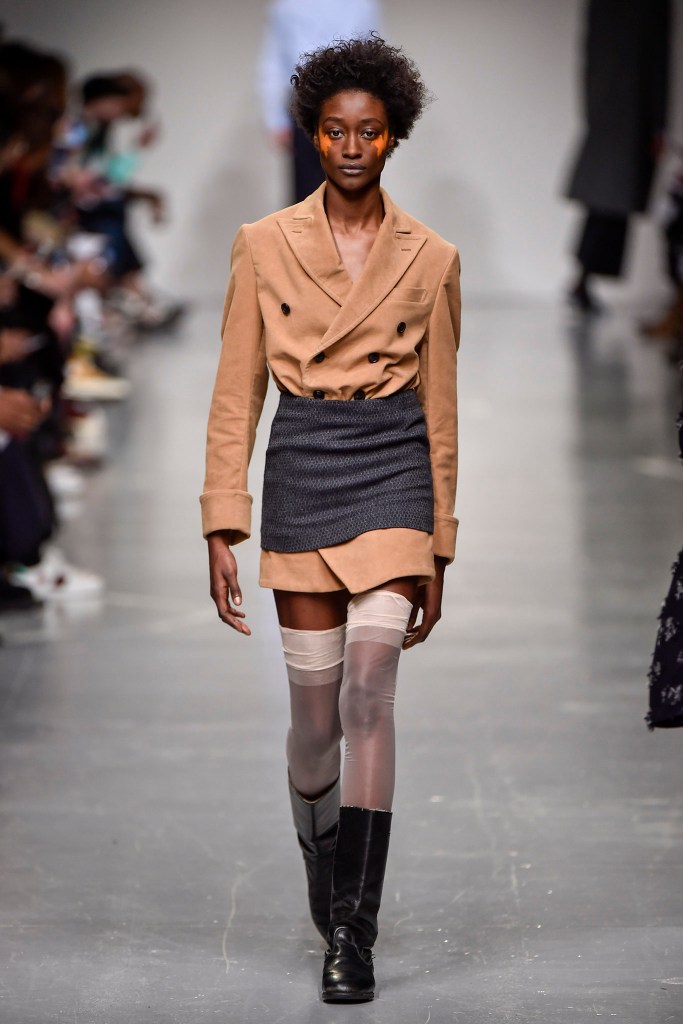 “He quietly mobilized Black creative minds in Britain,” said Ibi, who argued there was a “whitewashing culture” in the fashion industry.

Binns said Casely-Hayford left a “legacy of good taste, a world view and the importance of culture as an aesthetic.”

Eshun believes the late designer “sits within a much broader spectrum of Black British, and British-based figures,” including the filmmaker Isaac Julien; the musician Neneh Cherry; the musical collective Soul II Soul and the Nigerian poet Ben Okri.

“Together, they expanded the landscape of what Black-ness and British-ness could mean. They changed Britain itself,” he said.

Both Coker and Binns brought to light just how much Black culture is marginalized within the British fashion industry. Coker, a recent fashion graduate, said she did not learn anything about Casely-Hayford at Central Saint Martins.

“It makes me think about the importance or preserving legacies,” she said.

Binns argued that right now there is “an explosion of Black female talent,” but that wasn’t always the case. “In the Nineties and the 2000s, Black females were blocked from the industry, but this new generation is breaking that barrier down. There’s a whole world out there, and I think that men, too, are open to a female point of view.”

Binns added that the younger generation of designers should look to Casely-Hayford as a role model, and know that success takes time, and hard work. 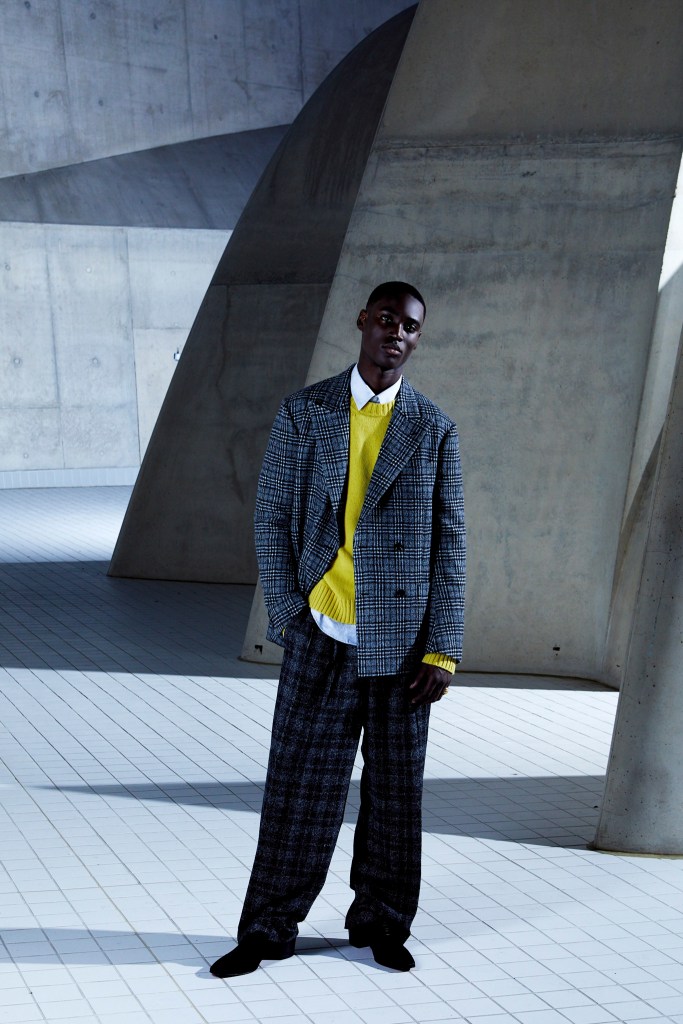 The IPF said it will work closely with BOLD on the project. BOLD is the agency founded by Andrew Ibi, Harris Elliott and Jason Jules that aims to effect “change in society and to consult across fashion and advertising culture in order to amplify authentic race narratives.”

According to Caroline Rush, chief executive officer of the BFC, “the need for far greater accountability in our industry has become increasingly apparent over the last year. Black fashion contributions are at the core of Britain’s reputation as a creative hub, yet continue to be overlooked.” She said the project is aimed at “restoring and acknowledging cultural contributions to one of the U.K.’s most creative industries.”

Ibi said “the historical significance of Black fashion culture is essential to future fashion practitioners and their progress within the industry. The Missing Thread is a vehicle to examine past, present and future, to contextualize Black fashion culture with authority. Retrospective acknowledgement and recognition of Black cultural contributions are key components in framing the project.”

The IPF’s mission is to assist the British fashion industry in becoming more resilient and circular through global collaboration and local action. Leveraging global expertise and resources, the IPF said it adopts standards, and develops and establishes frameworks to reset and create a new blueprint for the industry.