Post-Netflix, Daniel Fletcher Is Setting His Own Rules

With a Netflix show and a Fiorucci gig under his wing, the London-based designer has been charting a new path for himself. He's now returning to London Fashion Week on his own terms, with a see-now-buy-now range. 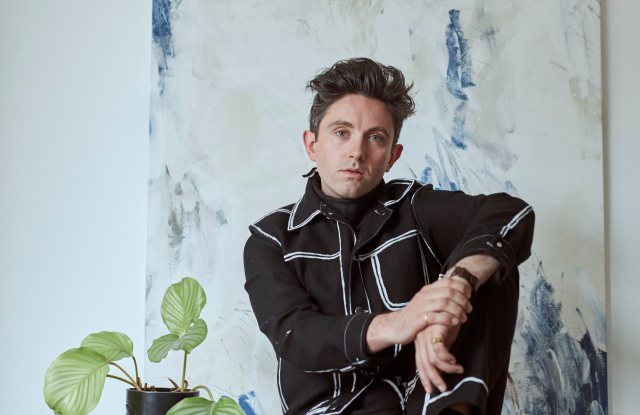 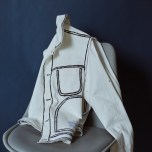 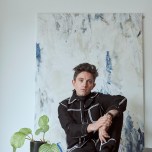 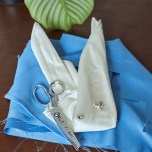 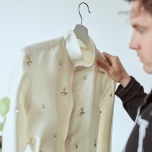 LONDON — Daniel Fletcher was never one to play by the rules: He first caught the industry’s attention in 2016 when staging an anti-Brexit protest in place of a traditional show to debut his eponymous label.

Now, he’s ready to take things to the next level — and his rebellious streak and passion for taking a stand remains intact.

Having recently scored a gig as men’s wear artistic director at Fiorucci and starred in Netflix’s “Next in Fashion,” where he charmed audiences with his impeccable tailoring skills, sense of camaraderie and British humor, Fletcher is seeing his star rise beyond the London bubble and is grasping the opportunity to expand his business on an international scale — and on his own terms.

The COVID-19 crisis posed new challenges, but the designer pulled through and is now making a return — albeit a virtual one — to the London Fashion Week calendar.

Today, he will present his fall 2020 range on the new London Fashion Week digital platform — by way of a simple look book — while the collection will simultaneously become available to purchase on his brand web site.

The young designer was able to close the gap between showing and delivering by opting out of last January’s runway season in London. Post-Netflix and with a growing international following, Fletcher has been able to move toward a see-now-buy-now approach aimed at accelerating his direct-to-consumer business.

“It’s been an interesting few weeks for me navigating how we put the collection out there, what I want to say, and what’s appropriate in the current circumstances. I’ve been aware that it is going to be very different, but what I’m hoping for is that this will help the fashion industry make some positive changes that are much needed, actually,” Fletcher said.

His ability to forge ahead with the launch while in lockdown is also testament to his commitment to local manufacturing and to his close relationships with the seamstresses who have been making his clothes over the years. He is dedicating his upbeat new range to them, and has filled it with reimagined classics, hand-crafted details and limited-edition, upcycled pieces.

Here, the designer discusses his decision to shift his business model, how his Netflix experience equipped him to navigate the coronavirus crisis better, and the responsibilities that come with having a bigger platform.

WWD: What made you rethink the way you present your collections and why did you opt out of the London shows in January?

Daniel Fletcher: I knew that this year was going to be a different one for me. With my first Fiorucci collection coming out in January, and then my Netflix show coming out in February, I was preparing myself to shake things up a little bit. I wanted to give both my Fiorucci collection and my “Next in Fashion” debut their own moments to breathe. I’ve really been thinking a lot about how wholesale works and how it dictates what I put out there as a brand. I wanted to use this season as an opportunity to say what I wanted to say, take control of what I was putting out there and what pieces I produced.

WWD: What were some of the positive changes that came out of your decision?

D.F.: Not doing a runway show has meant that I have been able to produce a collection [that] is more concise, it feels true to me and it’s not just making clothes for the sake of it. Because, really, there are enough clothes in the world. You really have to think what you’re putting out there.

We’re looking at this direct-to-consumer model, which I think makes more sense for my brand at the moment. We’re continuing with wholesale, but the emphasis is on our own platform and that’s because I love engaging with my customers. Obviously, my following has grown since Netflix, which opened the doors to a much broader audience.

The system was set up so long ago, but now, in 2020, waiting nine months before you can buy something you’ve seen on a runway doesn’t make sense with the current consumer. 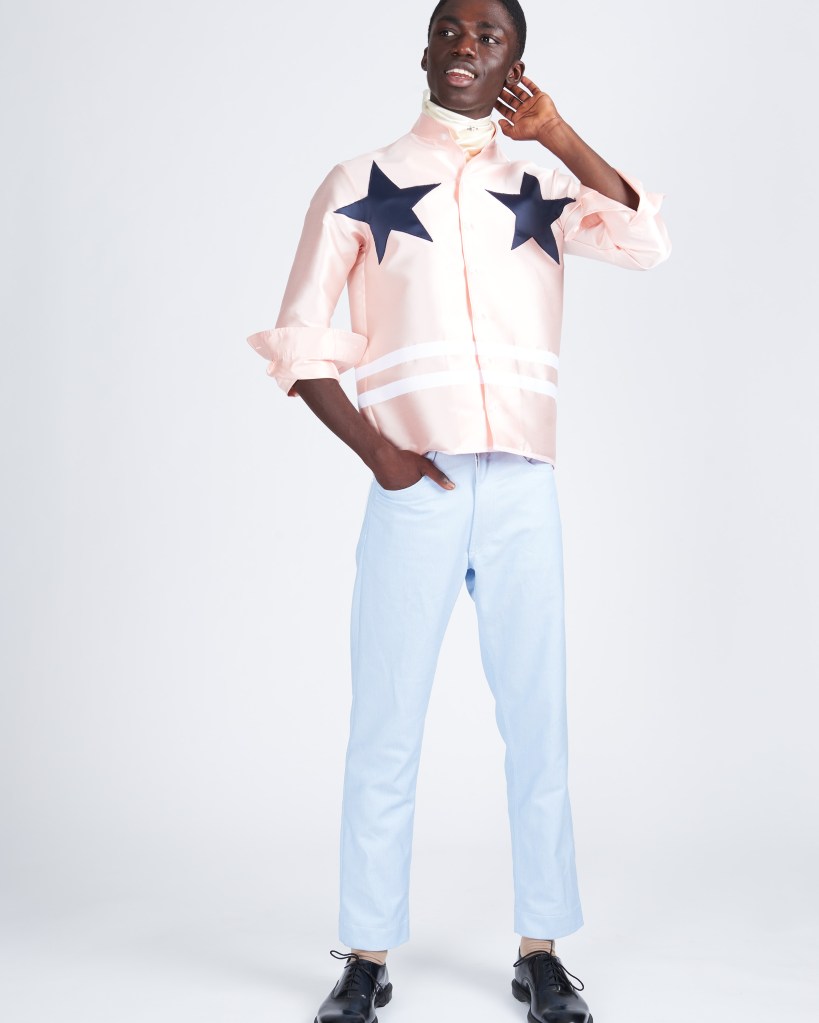 WWD: What is the fall 2020 collection about?

D.F.: The Bright Young Things were a starting point for my collection. I always look to British heritage and my own upbringing for inspiration. The Bright Young Things were a group I always looked to, for their spirit and their attitude of not giving a s–t about what anyone else thought, embracing life and having fun. I really wanted this collection to feel fun and free and like there’s no holding back. There’s traditional suiting and elegant silhouettes turned on their heads a little bit with some slightly unexpected elements, like bandanas or raw edges and split hems on the trousers.

There are a number of pieces that came from my “Next in Fashion” collection, like the pink satin shirt inspired by traditional jockey outfits. It’s the first time that anyone will be able to buy those. There’s a lot of pieces [that] are hand-painted, like denim pieces and silk shirts with hand-painted edges that look almost like I’ve gone round with a Tipp-Ex (correction fluid). We’ve had a lot of fun in lockdown getting all those painted.

WWD: How did you manage to go ahead with producing the collection, while in lockdown?

D.F.: The benefit for me is that I work with a lot of factories in the U.K. and I have very close relationships with the seamstresses — some of them I worked with since my graduate collection, actually. When the factories closed, I didn’t want those seamstresses to be left without work. So I worked with them directly and sent them patterns and fabrics and samples to their houses.

It allowed me to make the collection and it also meant that they were still employed and able to work while they were at home. We had a lot of conversations on the phone with kids in the background.

WWD: During the Netflix show, you were asked to design women’s wear, including that showstopping, silver lamé dress from the final episode. Are you thinking about adding women’s wear to your offer given all the positive feedback you received?

D.F.: I always say that these are just clothes, there’s no gender to them: It’s shirts, sweatshirts, trousers and denim. Women can wear them. Maybe not everything is going to fit everybody, but that’s always the case no matter what gender you are. For our online release, we’ve shot the collection on a man and a woman for the first time. We’re not marketing it as a women’s collection.

WWD: Why did you decide to be part of this London Fashion Week online platform?

D.F.:  It’s really important for brands to find their own way. For me it was the right time: I’d been able to produce the collection given the plans that I set out for the year, so the LFW platform seemed like the right thing to do. Also, I want to support British fashion as well. There are some amazing designers here in London that I look up to, and have also been to college with. Being part of that community was really important to me. I spoke to other designers I had studied with about whether they were going to do something and we collectively agreed that by all doing it we would be able to make more noise and, in turn, support each other. 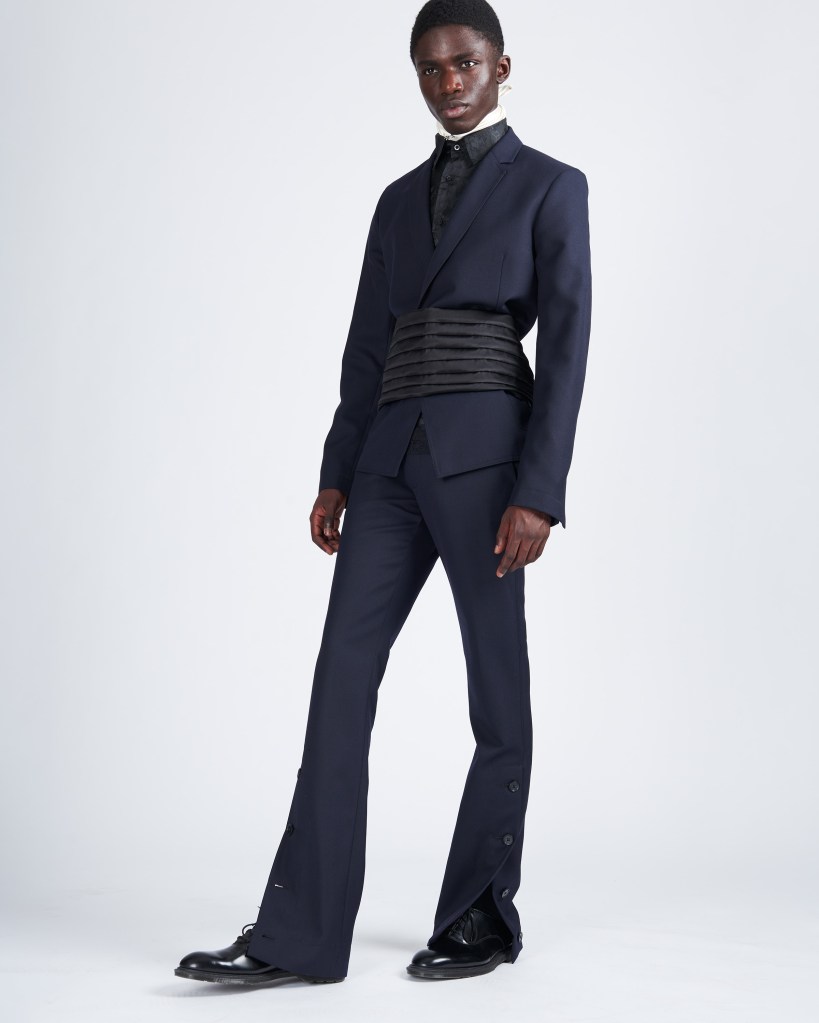 WWD: Did “Next In Fashion” play a role in making you better prepared to face this challenging situation?

D.F.: What the show really did was remind me that I actually really love getting behind the sewing machine and the liberation of being able to start the day by drafting a pattern, cutting it out and then, by the end of the day, have a finished garment. It’s something that I haven’t been able to do since I was back at Central Saint Martins and it’s been really useful during this quarantine period where I’ve had to be doing samples myself.

Also people are quite keen to engage with me as an individual and not just as the brand anymore. That’s been really different for me, because I was not so public-facing in my role as creative director before Netflix came out. On the whole it’s so positive: To be able to inspire people, but also use my voice to promote positive change is really important to me. In a lot of ways it has made me feel empowered.

WWD: In the show, there was also a really positive shift in the narrative, from fierce competition to a real sense of camaraderie between fellow designers. How important is collaboration to you?

D.F.: “Next in Fashion” is a reflection of the way I’ve worked with my peers here in London. Being an independent designer and running your own label can be so isolating otherwise.

My experience of the fashion industry on the whole is a very positive one, I have amazing relationships with so many designers and it’s not competitive at all in the circles that I’m in personally. Stefan Cooke, Charles Jeffrey, Copova Lowena, Charlotte Knowles and I talk all the time and we’re sharing ideas. Phoebe English and Bethany Williams are really great in that as well, especially in sharing their resources and contacts from a sustainability perspective, in order to support each other because. That’s the way it should be. It’s important to look out for each other.

WWD: You’ve always spoken up about political issues. Now that you have a bigger platform and the world is undergoing such radical transformation, how will you address these issues?

D.F.: Now that I know I have a bigger audience and more of a following, I feel slightly more conscious of the things that I say and try and watch myself a bit more. But if I feel strongly about something I’m just going to say it, I can’t hold it in, whether that be Brexit or whatever is happening. I’m inspired by what’s going on around me and I feel passionate about political issues, so if there’s something I can do to support those then I’m 100 percent going to go ahead and do it.

If you look at everything that’s happened in these weeks with the murder of George Floyd and the Black Lives Matter movement, I think it’s so important for brands and individuals with a public platform to talk about those issues. I know that I have a lot to learn, but I’m very passionate about talking about those things and encouraging conversation and education.

I felt conscious that maybe even launching a collection during this time of corona[virus] and everything that’s happening in America was maybe insensitive and not the right thing to do. But it’s not just me, there’s so many people who put so much work into this fashion week and into what we’re doing. So the aim is to think what can we do to still make sure we are supporting those causes and being sensitive and using the platform. We’re currently giving 10 percent of our proceeds to charity and [closed the online store for a few days to protest the anti-racism movement]. It’s so important to make a stand.