Prana, a fast-growing maker of technical yoga and rock-climbing apparel, has been adding more fashion-forward items to its offerings, and fall marks its most significant lifestyle collection yet. 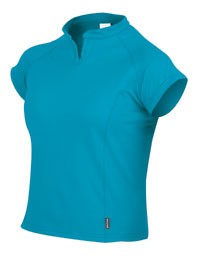 NEW YORK — Prana, a fast-growing maker of technical yoga and rock-climbing apparel, has been adding more fashion-forward items to its offerings, and fall marks its most significant lifestyle collection yet.

About 60 percent of the company’s fall collection is lifestyle-oriented, including items made of materials such as cotton velour, braided wool, hemp and denim.

“We’re introducing things that look natural at the gym or running errands or having a quick lunch with a friend,” said Beaver Theodosakis, who founded Prana in 1992. “We are adding more street appeal.”

The company, based in Vista, Calif., has developed a strong following among yoga devotees and rock climbers, although the label is largely unknown to those outside the activewear arena.

Theodosakis, a rock climber and yoga enthusiast, started the company out of his garage, where he and his wife, Pam, dyed fabrics in their washing machine and made their labels out of recycled newspapers. Since then, the company has had double-digit growth and distributed more than one million garments last year. Theodosakis declined to give sales figures, but sources estimate that the company has an annual volume of about $30 million.

Prana apparel and accessories are available in 1,100 doors in the U.S., including yoga centers, high-end spas, women’s boutiques and sport specialty stores. The company’s biggest customer is outdoor retailer REI.

Prana likes to retain an air of mystery about its business. Growth has come largely through word of mouth and advertisements in niche publications such as Rock and Ice and Breathe magazines, and through prominent yoga instructors who promote and wear the brand.

Theodosakis has no immediate plans to extend the line into department stores, and isn’t interested in opening stores of his own. The family-owned business has about 60 full-time employees. Theodosakis oversees the design direction of the men’s line, while Pam designs the women’s line.

By putting a fashion spin on the fall collection, Theodosakis hopes to bridge the gap between performance offerings and fashion, a trend many active companies have sought in recent years, including Nike and Under Armour. The brand competes with outdoor apparel firms such as The North Face, as well as yoga brands Marika, Lulu Lemon and Hugger Mugger.

This story first appeared in the June 2, 2005 issue of WWD. Subscribe Today.

The functional elements of Prana’s previous collections, such as the use of nonrestrictive and breathable materials, remain in its technical offerings, but these pieces have been updated with new color palettes and fashion touches such as climbing pants with a low-rise waist. Prana’s lifestyle-oriented tops and bottoms for fall range from about $16 to $37.50 wholesale, while its performance pieces sell in the range of $25 to $60.

Among the new offerings are the Zoe jacket, which puts a new twist on the track jacket. With a wholesale price of $37.50, the form-fitting zip-up features a tapered ribbed hem, collar and cuffs, and puckers in the front, giving the piece added femininity.

Theodosakis has traveled to Nepal to design signature hand-knit sweaters. And while he recognizes that pieces like these aren’t going to be the number-one sellers, they play a major role in identifying and distinguishing the brand.

Prana also is releasing an eclectic collection of stylish yoga essentials and accessories, including brightly colored yoga mats, along with embroidered leather checkbooks and hemp wallets. Another item is the Surya yoga towel, an absorbent chamois designed to cover a yoga mat while it soaks up perspiration. The towel, which wholesales for $19, also doubles as a meditation shawl.

Next on Prana’s agenda is to continue expanding its accessories business. The company is working on a handbag collection for spring 2006 that will feature hemp bags infused with silk. Theodosakis also plans on doing more cool-weather pieces for outdoorwear and climbing.