A four-year effort to create a lobby to represent Europe's 240,000 small to medium-size textile firms is close to reality. 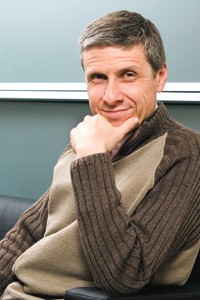 The still-unnamed association would seek to give a voice to these European textile, yarn and garment manufacturing companies from Italy, Germany, Spain, Portugal, Poland, France and Lithuania at the Brussels-based Euro­pean Parliament and Commission.

Almost 80,000 of those companies are Italian textile and garment industry producers, and 5,000 are mills and manufacturers based here that increasingly have felt the pressure from the globalization of textile manufacturing. The companies are defined as small to medium, based on their annual sales of $500,000 or less. Larger textile and apparel firms are represented at the European level by Euratex, the European Apparel & Textile Organization.

Representatives of the lobbying group were present at an EC meeting last week that focused on indication of product origin.

“There was a need to give these small companies a voice,” said Marco Pieragnoli, area director for the Confartigianato Imprese Prato, an association that represents artisan companies based here. “For many years, they have been out of the picture on discussions on important issues such as label of origin.”

Pieragnoli said the small companies that would comprise the lobbying group were the real heavyweights of the European textile and garment industry, accounting for around 70 percent of total volume. The new group likely will be an added fashion division of the European Association of Craft, Small and Medium-sized Enterprises, or UEAPME, said Pieragnoli, and would probably be named UAEPME-Fashion.

High on the agenda for the group would be obligatory origin labeling, said Luca Giusti, owner of Pratese mill Tessitura Macotex and vice president of the CIP.

“It’s simple — we want the rules to be the same for everyone,” Giusti said. “When we export our product outside, it is obligatory to put ‘Made in Italy’ and so, too, should it be obligatory to label where a product is made that’s being imported into Europe. We don’t understand why this issue hasn’t been properly addressed.”

This story first appeared in the May 30, 2006 issue of WWD. Subscribe Today.

Marco Barni, owner of a women’s garment manufacturer based here, Maglificio Balmus, said small companies like his relied on the “Made in Italy” label as a sign of quality and style.

“Big Italian designers aren’t so reliant on the labeling, but for our company, it’s important,” Barni said. “It’s still appreciated and valued.”

Giusti added, “We feel that the consumer should be able to see where a product is made before they make a choice whether to buy that garment.”

Other issues the lobbying group would address include ethical and ecologically safe alternatives for textile and garment manufacturing.