Pratt Institute Honors Past and Present

The 21 Pratt Institute students participating in Thursday night’s fashion show only had to look at the designers in the crowd for reassurance.

By Rosemary Feitelberg on May 5, 2014
View Slideshow 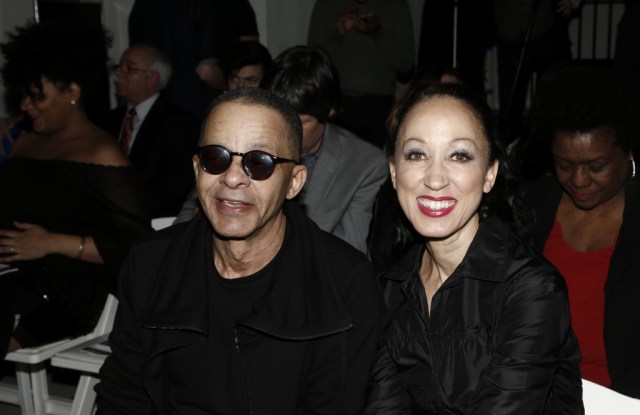 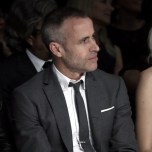 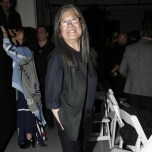 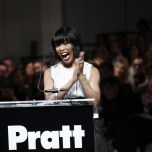 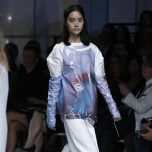 NEW YORK — The 21 Pratt Institute students participating in Thursday night’s fashion show at Center548 only had to look at the designers in the crowd for reassurance about what a fashion career can lead to: Stephen Burrows, Byron Lars, Thom Browne, Catherine Malandrino, Tracy Reese and Yeohlee Teng.

Conversely, seeing all the runway looks — 171 in total — took the designer crowd back to their own days as unproven up-and-comers. For Burrows, the winner of this year’s Pratt Fashion Award for Lifetime Achievement, that meant the memory of scoring his first job as a graduating senior. “I was making $125 a week — I was rich,” he said. “It was at 525 Seventh Avenue at a company called Weber Originals. It was a blouse company. They made me a head designer, put me in a sample room and said, ‘Do whatever you want.’ So I did. I was never an assistant — ever. I don’t know if that was to my detriment but I was very lucky that way.”

Lars, who took home the Pratt Fashion Visionary Award, was honored that Pratt recognized his work. “It is such a big night for them to recognize what I do,” he said. “You know I love what I do so much I don’t need an award.”

Lars, who designs his own label as well as Beguile by Byron Lars for Anthropologie, said Thursday’s postshow cocktail party at The High Line Hotel would be his only reward. “The work is the reward. Do you know what I mean?” he said.

His presenter, Angela Bassett, said afterward, “I’m a matchy-matchy safe girl, but I appreciate people who are really able to mix it up and he does that effortlessly for me. When I try, I fall flat on my face. Every time I look at what he presents to me and I think, ‘Oh, there’s no way. What?’ Then I put it on and it looks good from the front and behind. There’s a mystery here and there’s something fresh or unexpected. And yet it’s classic and always comfortable.”

Bassett’s acting career is motoring along with a few film prospects and her TV role on “American Horror Story.” “What the character is, I don’t know. All I know is that I am not the bearded lady,” she said, adding that she would love to do some New York theater.

Before the crowd, which included Pratt president Thomas Schütte, Andrew Bolton, Fern Mallis, Stan Herman and Margaret Russell, headed out for the after party, one Pratt senior took center stage. Julia Wollner received the Liz Claiborne Award — Concept to Product, a $25,000 prize established by the late Art Ortenberg. Wollner, who has interned for Bibhu Mohapatra, said her senior collection was inspired by how she has dealt with Bell’s Palsy. “It has completely changed my mind-set as a person, as an artist and a designer,” she said.