From the urban streets to the great outdoors, designers were inspired by a myriad of locations for fall. 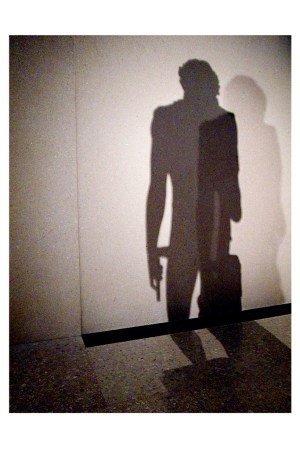 “This collection celebrates Missoni’s artisanal and innovative knitwear heritage where inspiration has been taken from the great landscape of North America.”

“For fall-winter 2013, the concept centers around the Scottish Highland Games.”

“A-W 2013 at Dirk Bikkembergs focuses on knitwear, leatherwear and technical sport-construction technology, creating a collection that is sport-luxe, urban-elegant and graphic-masculine.”

“We’re so much ahead, we’re far beyond time, the campaign is ready for you to publish it after the end of the world!”

“When everyone goes to bed in the city, they come out. ART BY NIGHT.”

“It’s all about creating new heritage pieces that inspire the modern man’s wardrobe.”

“The Ferragamo man is dynamic with a silhouette defined by overcoats and layering.”

“Cosmic Tour. The Diesel Black Gold F-W ’13 men’s wear collection is inspired by the most creative and influential musician of the 20th century, Jimi Hendrix.”

“A man with power, charisma, and talent and a family man as well, Nicola Trussardi jumps into his sports car and heads to Tuscany. This is the only free time he will have alone, surrounded in the midst of nature. It’s a time when all emotions emerge. Umit Benan presents The Trussardi Man cloaked in nature.”

NEXT: Tom Notte and Bart Vandebosch >>

“The inspiration for this collection is the combination between the tailoring and extreme elegance of the dark romanticism of the Thirties and the strict militarism of that time, surrounded by an outburst of artistic movements and creativity.”

“The Cavalli man embodies a seductive gentleman’s soul. He looks at the future without forgetting about the past. He adds a personal touch to his elegance through his wardrobe’s sartorial attitude and the prints inspired by the nature surrounding him, which are made geometric in order to express a strong, sophisticated personality.”

“The MSGM fall-winter 2013 men’s collection is focused on a sport and military theme. Graphic camouflage patterns are printed on bombers and Windbreakers, and also appear on mohair jacquard jumpers. Sweaters are protagonists, defined in new silhouettes and unconventional mixed and matched fabrics.”

“I was very inspired by early 20th-century motor sports and the classic suiting that men were wearing even when they were driving race cars and motorcycles — they seamlessly pulled off dapper and rugged at the same time and I wanted to recreate this vibe for the fall-winter collection.”

“Autumn-winter 2013 encompasses a gentleman’s journey from the boardroom to a weekend in the countryside via a winter getaway in Saint Moritz. A collection that fuses clean, elegant silhouettes with exquisite detailing to create a modern aesthetic that mirrors the future while staying true to the values of traditional Italian craftsmanship.”