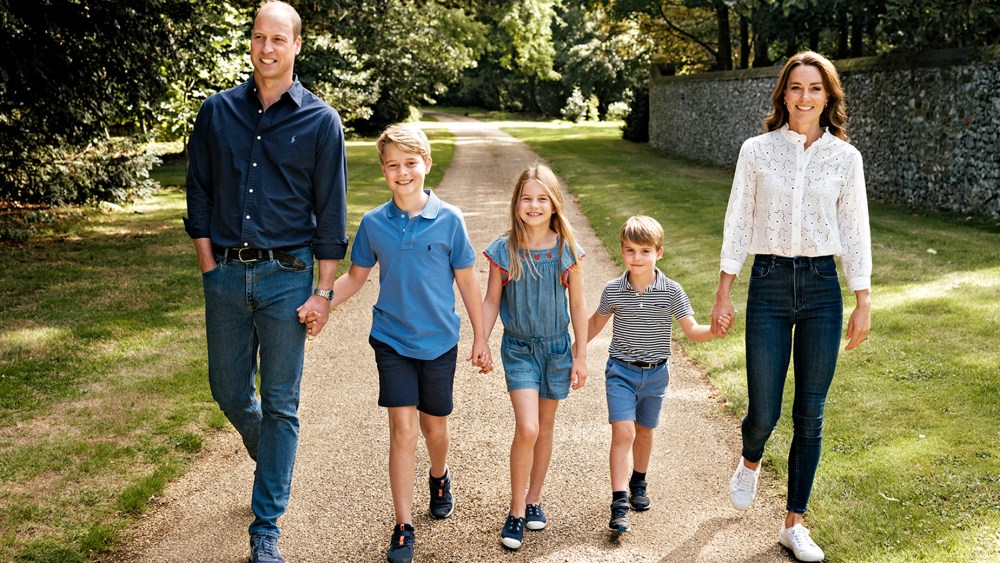 LONDON — It’s a family feud in the British royal family.

Prince Harry and Meghan, Duchess of Sussex released the first volume of their Netflix documentary series “Harry & Meghan” on Dec. 8 telling their side of the story.

A trailer for the final three episodes due on Thursday will dig deeper into Harry’s relationship with his brother, Prince William, and his wife, Catherine, Princess of Wales.

The Waleses — known for following the royal gospel of never complaining, never explaining — have released their annual Christmas card with their children Prince George, Princess Charlotte and Prince Louis.

Matt Porteous, the royal family’s photographer, shot the image earlier this year in Norfolk, where Prince William feels most “at home,” as he revealed in the 2021 BBC documentary “Prince Philip: The Royal Family Remembers.”

Prince William and Prince George are both wearing pieces from Ralph Lauren — William in a navy shirt with two buttons undone and the arms loosely rolled up and George in a light blue polo untucked and unbuttoned with shorts.

The family of five are all walking holding hands on a clear path on a sunny day, sending a loud and clear message — the Waleses, with their new titles, are stronger together.

Glimpses into the Waleses’ private lives come only during special occasions, such as birthdays and festive holidays.

This time, it’s a timely one to fight back the incoming criticism from Harry and Meghan Markle.

In a teaser clip from their series, the duke says, “They were happy to lie to protect my brother… They were never willing to tell the truth to protect us.”

He continues, by mentioning “institutional gaslighting.”

Between a documentary series and a single photo — the old adage that a picture is worth a thousand words will now be worth a million words.